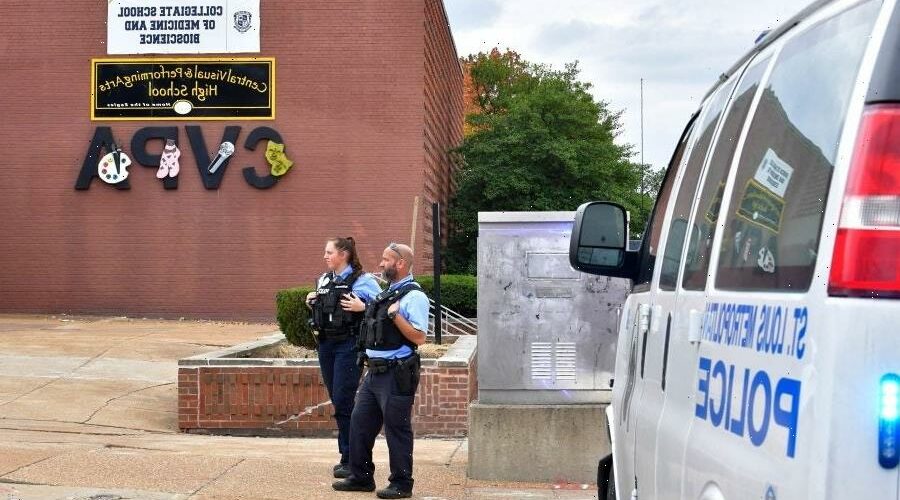 A gunman opened fire at a performing arts high school in St. Louis on Monday. According to CNN, at least two people were killed, and as well as at least seven others injured by the gunman before he was fatally shot while exchanging gunfire with the police.

According to authorities chaos ensued shortly after 9 a.m. when the gunman entered Central Visual and Performing Arts High School.

Saint Louis Public Schools’ twitter account announced the shooter, The suspect, believed to be in his 20s, was taken into custody inside the performing arts school. He was pronounced dead a short time later, after exchanging gunfire with police, the St. Louis Metropolitan Police Department said during an afternoon news conference.

The suspect, believed to be in his 20s, exchanged gunfire with police and later succumbed to his injuries.

The names of the gunman and the two victims were not released. One of the victims is a woman and the other is a teenage girl. Both were killed as a result of gunshot wounds.

Police also have not released any information on the injured victims or an update on any of their conditions.

Authorities have not disclosed the shooter’s connection to the school or a motive for the gunfire.

In a statement to ESSENCE, Representative Cori Bush, Democrat of Missouri, said, “In all that is unclear, one thing remains certain: gun violence, especially in our schools, is a public health emergency that needs to end. The tragedy at Central Visual and Performing Arts High School marks the 40th school shooting this year.  2022 was already the year on record with the highest number of school shootings occurring in a single year.  This is unconscionable and inexcusable. The epidemic of gun violence and the ensuing trauma it leaves in its wake needs to stop.”