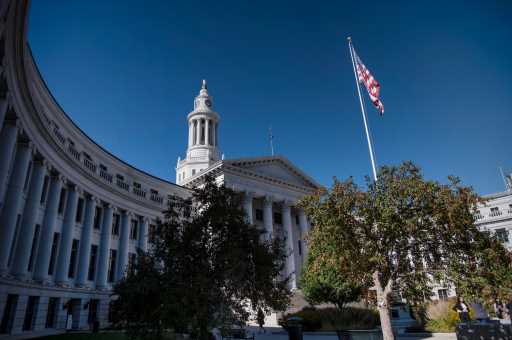 The Denver City Council on Monday dedicated $15 million in marijuana sales tax money to a new investment fund that will support minority- and women-owned businesses.

The Herman Malone Fund, named for the late Denver minority business activist and former chairman of the National Black Chamber of Commerce, is primed to invest in dozens of local businesses over the next three years after the council’s vote.

The funding — $15,187,405, according to city documents — will be drawn from 1% of the city’s marijuana sales tax revenue through the end of June 2025. It will be paid to the New Community Transformation Fund-Denver, a fledgling venture capital entity dedicated to supporting underserved communities, especially Colorado’s Black, Indigenous and People of Color, or BIPOC, entrepreneurs.

Denver’s financial commitment will grow the investments already committed to the New Community Transformation Fund-Denver to $24 million, according to a city news release. Denver’s economic development office is already eyeing two one-year extensions to the contract with hopes that the fund will grow into a $50 million revolving fund that can be a long-term asset to the city’s economic development efforts, according to a news release.

City Council voted unanimously for the contract as part of its consent agenda Monday, signaling broad support. Before the vote, District 11 Councilwoman Stacie Gilmore called up the resolution for comments so she could celebrate it becoming reality. She had been talking to Mayor Michael Hancock about creating a fund like the Malone Fund since early this year, she said.

“We’re looking forward to kicking this off and seeing how well it helps out our small businesses,” Gilmore said, adding that she hopes it becomes a permanent feature of the city’s small business support strategy.

The Malone Fund is designed to push back on historically racist and discriminatory practices in the finance industry that have prevented minority-owned businesses from growing and thriving, according to the city. Hancock previewed the launch of the fund in his 2022 State of the City address.

On Friday, at the Colorado Black Round Table’s annual social equity summit, Adrina Gibson, the director of the city’s Division of Small Business Opportunity, spoke about what the fund will mean for the minority-owned business community. City officials expect the fund to invest in 100 businesses through the life of the $15 million contract but also provide advice and technical assistance to at least 900 more. The fund will tap advisers and consultants to help with that work with the goal that as many as 50% of those contractors are also minority- or women-owned business enterprises.

The city is looking to lease space for a new entrepreneurship center in Northeast Park Hill. That space would provide offices for the New Community Transformation Fund-Denver and its partners, according to a news release.

“Historic inequities and systemic marginalization continue to prevent Denver’s underserved business owners from scaling to sustainable growth and building multi-generational wealth,” Hancock said in a statement. “That’s why I proposed that Denver dedicate 1% of our retail marijuana sales tax rate for this ambitious, community-centered investment fund for disadvantaged firms.”