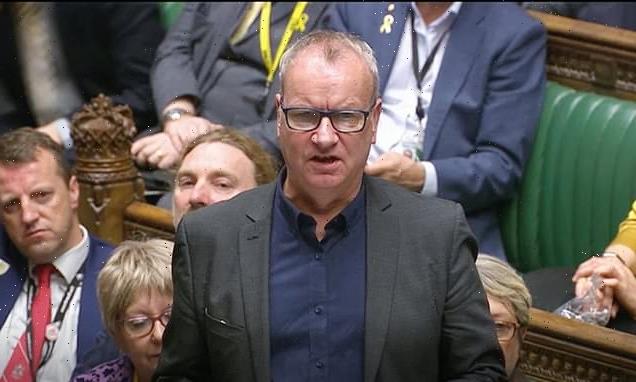 A veteran SNP MP has warned Nicola Sturgeon’s ploy of making the next election a ‘de facto’ Scottish independence referendum is a ‘massive gamble’ that could kill of the nationalists’ ambitions.

Pete Wishart has branded the tactic ‘the worst possible way to settle the constitutional future’ in an incendiary blog.

But he highlighted the dilemma the separatists now face by admitting it was now the only option left open.

Ms Sturgeon has attempted to put a brave face on her political position since the Supreme Court ruled in October that she cannot proceed with another referendum without approval from Westminster. 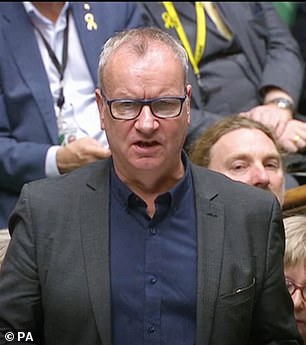 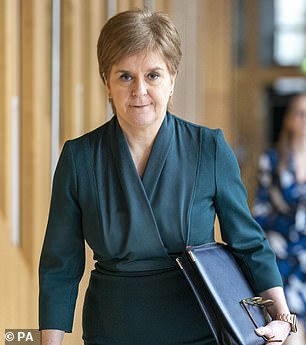 In an article on his blog, Mr Wishart – who recently stood down from the SNP’s Westminster front bench – spelled out his own concerns about the approach

Rishi Sunak is set for a showdown with Nicola Sturgeon as he visits Scotland for the first time as PM today.

The premier will hold face-to-face talks with Ms Sturgeon amid bitter clashes between the governments over the SNP’s independence drive and gender identity rules.

Details of the two-day visit are being kept tightly under wraps, but Mr Sunak is expected to hail plans for two new ‘green’ freeports near Edinburgh and Inverness.

Relations between the UK and Scottish administrations has been strained by Ms Sturgeon’s continuing push to break up the union.

Mr Sunak has refused to give permission for another referendum north of the border, after both sides accepted the 2014 contest would settle the issue for a ‘generation’.

Rishi Sunak has made clear he will not sign off on another vote after both sides agreed the 2014 contest would settle the issue for a ‘generation’.

The First Minister is now proposing to fight the next general election on the single issue of independence, saying that if the SNP gets more than 50 per cent of the vote that would constitute a mandate to break up the UK.

But she has been facing increasing uneasiness in her own ranks, while polls are still not showing a clear majority of Scots support independence.

In an article on his blog, Mr Wishart – who recently stood down from the SNP’s Westminster front bench – spelled out his own concerns about the approach.

‘A de facto referendum is just about the worst possible way to settle the constitutional future of Scotland,’ he wrote.

‘Let me also put it another way. A de facto referendum is now the only way we’re going to be able to settle the constitutional future of Scotland.

‘The issues and potential difficulties with a de facto referendum are now well-known and familiar.

‘From the fact that it’s almost certain Westminster won’t engage in the exercise (and could ignore any positive outcome) to the sheer challenge of securing 50%-plus of the vote when all other parties will be contesting the next UK election as a normal General Election.

‘Nothing like this has ever been tried in a western democracy before and the risks are huge. If we fail to pull it off, we may surrender our leading position in Scotland and could possibly kill off any hope of independence being secured in a ‘real’ generation. It is a massive gamble – with the emphasis on massive.

The Perth and North Perthshire MP conceded that in spite of the dangers the ‘de facto’ referendum tactic might be the SNP’s ‘last chance’ to secure its dream.

‘We now know there are no other legal means to test Scottish public opinion,’ he wrote.

‘The Supreme Court concluded we do not have the legislative powers in our Parliament to hold our own referendum and it seems apparent that the UK Government will never agree to a Section 30 order or the devolution of legislative powers.

‘This then is the only way forward and for all its difficulties, challenges and drawbacks it is our only, and possibly best last chance.’