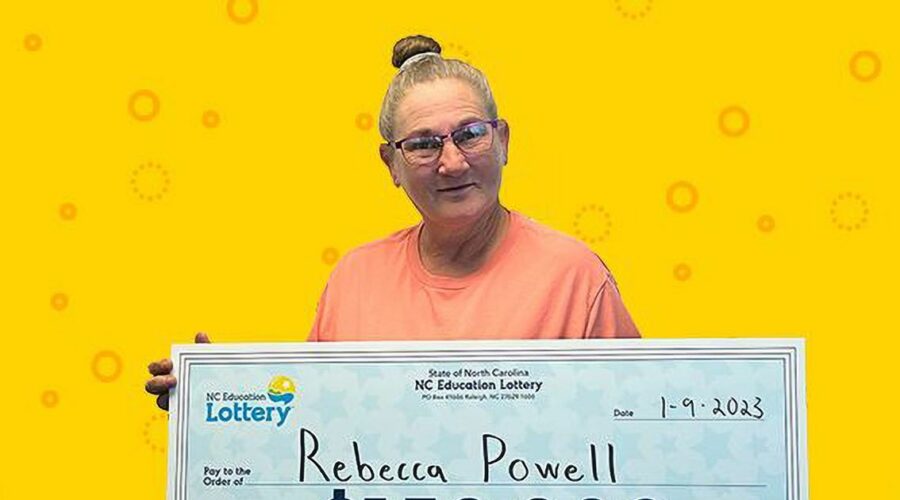 Rebecca Powell from Weaverville, North Carolina, USA made a spur-of-the-moment decision to cough up £3.47 ($3) to enter Power Play on Saturday, January 7.

Not expecting to win, Rebecca didn’t check her ticket until several hours after the draw – and she still can’t wrap her head around it.

When she finally looked up the results, she discovered she had won ‘a fortune’.

Rebecca told the North Carolina Education Lottery: "I thought I'd just give it a try. The lady at the store told me, 'you truly have beginner's luck'.

"It's like a dream. Except I haven't been able to sleep.

"When they did the Powerball drawing, I was looking at the numbers and then I screamed at my husband. I said, 'Oh my God we won.'"

The ticket matched numbers on four white balls and the red Powerball to win $50,000 (£41,100) but the prize tripled after the 3X Power Play multiplier hit.

The 48-year-old woman said: "I never would ever think I would win something like this. I'm going to make this count."

Keep up to date with all the latest news stories. By signing up for one of Daily Star's free newsletters here.

She plans to treat herself to a new car and invest what is left in a new home.

"The odds of winning a Powerball jackpot are 1 in 292 million."