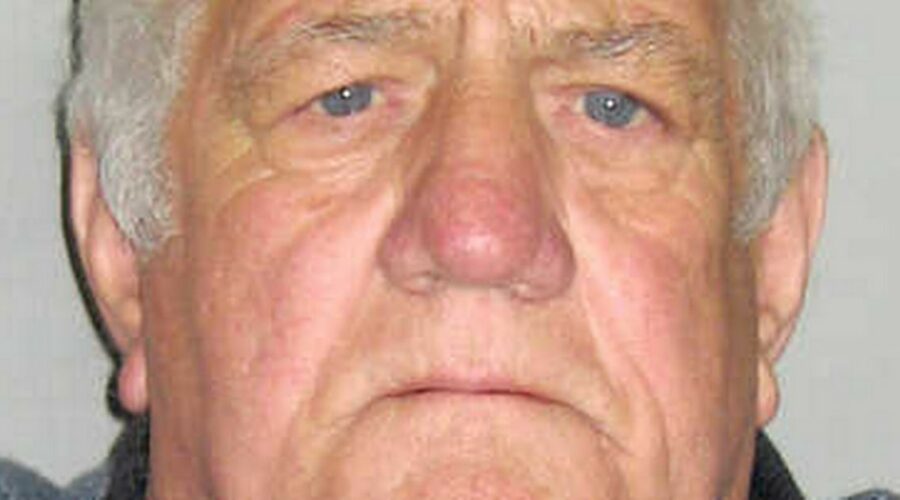 A cruel child rapist who molested four young girls in a spate of sex attacks dating back to the 1970s has died in prison weeks after testing positive for coronavirus.

Derrick Sheppard was originally sentenced to 12 years behind bars in 2011, but a year after his sentencing, Appeal Court judges determined his prison term was "unduly lenient" and it was increased to 16 years, with lawyers predicting he would "die in jail."

He passed away at the age of 82 after contracting Covid at Her Majesty's Prison Exeter on December 26, 2020.

Sheppard, previously of Upton Pyne, near Exeter, was found guilty in 2011 of three rapes, two attempted rapes and 12 offences of indecency, according to DevonLive.

An inquest into his death was held today (July 25) at Exeter's County Hall.

It is understood the former manual labourer suffered a number of health problems including chronic obstructive pulmonary disease (COPD), heart failure and chronic kidney disease. His health problems were exacerbated by his obesity and heavy smoking habit.

Mr Sheppard suffered a fall while at HMP Channings Wood in Newton Abbot, deemed to be related to his diagnosis.

He was taken to Torbay Hospital on November 29 and treated for Covid symptoms, before being transferred to Totnes Community Hospital. While he responded to early treatment and stabilised, his condition took a turn for the worse.

He was transferred back to Torbay Hospital, before being transferred to end-of-life care at the prison. He passed there on Boxing Day 2022.

A post-mortem examination confirmed Covid-19 had been the cause of death, along with chronic obstructive pulmonary disease (COPD) and chronic kidney disease.

The Prisons and Probation Ombudsman (PPO) found Sheppard's care upon receiving the diagnosis was of a good standard and at least equivalent to what he would have received in the wider community. Area coroner Alison Longhorn recorded a conclusion of natural causes.

During his initial sentencing, Exeter Crown Court heard one of Mr Sheppard's victims complained to police in 1970 about his abuse of her, but the complaint was not taken seriously.

She had explained to police that she was raped while being kept a prisoner in an Exmouth flat by the sadistic rapist.

The victim escaped in borrowed shoes and clothes and dialled 999 from a phone box, where Sheppard was found trying to grab her.