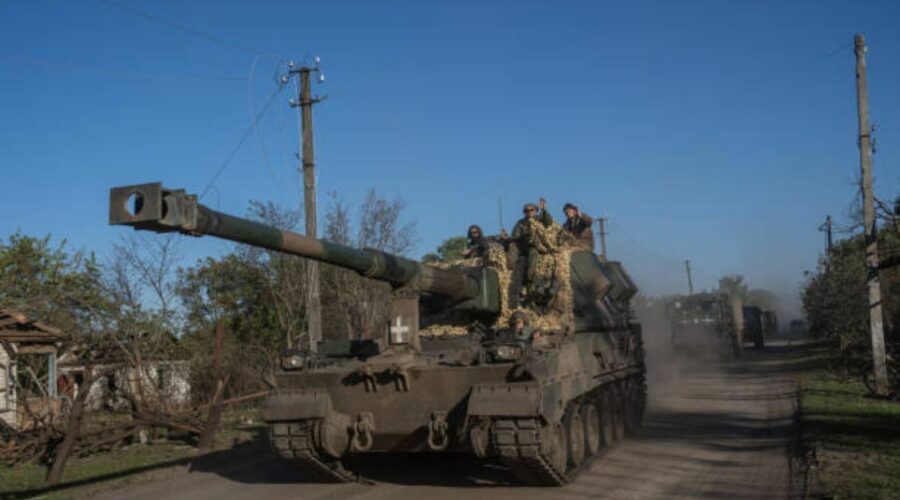 A Russian former convict turned soldier has complained about his treatment in Putin’s army, saying they have been treated like “cannon fodder”. Around 400 prison inmates have been recruited to fight in Ukraine alongside more experienced soldiers.

One of those men told Ukrainian media how their Wagner Group Commander had sent them ahead to “scout” ahead while they waited for the trained fighters to join them.

He said: “We are being used as cannon fodder. Our commander sent us forward, at first we were walking alongside, but when we looked back, they were very far behind.

“Usual cannon fodder: They wanted us to scout their positions, to see who’s where… We’re like cannon fodder…”

They claim Wagner Group chief Yevgney Prigozhin gave them a “completely different story” while he was on a recruitment drive in Russia’s prisons.

Mr Prigozhin told them they would be fighting alongside more “experienced” men who would train them and they would not be sent to the front line.

Officials in Ukraine have also accused the Kremlin of targeting 408 infrastructure facilities since their barrage of Kyiv began earlier this month.

Minister of Communities and Territories Development Oleksiy Chernyshov said in a statement through his ministry: “The enemy attacked and destroyed 408 infrastructure facilities, including more than 45 energy infrastructure objects, by launching missile and kamikaze drone attacks on the regions of Ukraine from October 10 to 18.”

Private apartment blocks, power plants and food warehouses were all hit by the strikes.

Some Ukrainians have been left without electricity and running water as the Government attempted to conserve supplies.

Restrictions on electricity usage have also been put in place for the first time since the invasion began in February.

Kyiv resident Mikhaylo Holovnenko said: “Russians have invaded our country, there is much anger against Russian leaders and Russian people.

“But we are ready for outages. We have candles, charged power banks. Ukraine is charged to win.”

German Chancellor Olad Scholz slammed Putin for using energy and hunger as weapons in his war.