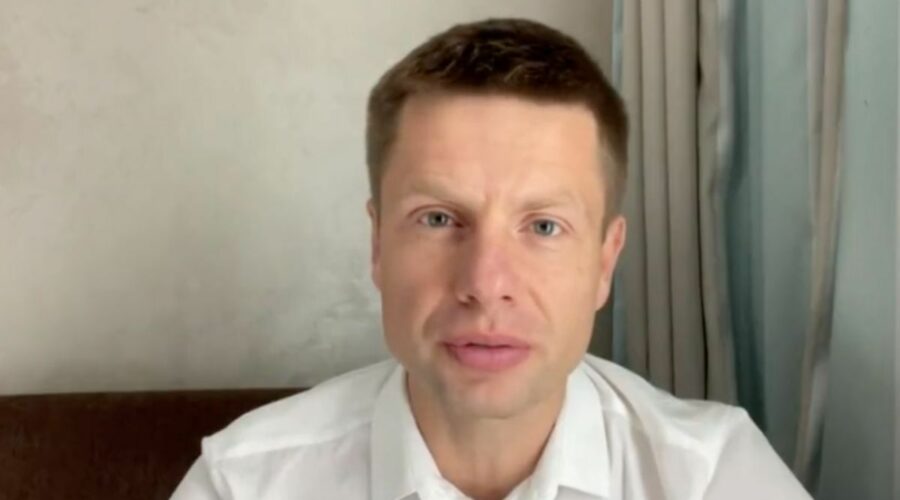 The Ukrainian MP argued that the recent moves by the pro-Russian administration to evacuate civilians from the southern city of Kherson are a blow to Russia’s annexation attempts. Russian forces are under pressure on the Kherson front after a breakthrough by Ukraine forces which came on the back of additional setbacks for Russia in the northeast of the country.

Mr Goncharenko told Sky News: “They feel that Ukraine soon will liberate Kherson, and that’s why they addressing people, those people which they took to Kherson that they should leave.

“That all shows that the Ukrainian counter-offensive is effective, and the Ukrainian army has a good chance to liberate Kherson in the nearest future. “

Ukraine launched a counteroffensive in late August against Russian forces occupying the country since the start of their invasion in February, pushing them out of the northeast and putting them under heavy pressure in the south.

Its main focus now is Kherson – one of four partially occupied Ukrainian provinces that Russia claims to have annexed in recent weeks, and arguably the most strategically important.

Kherson city, the only major conurbation Russia has captured intact since invading in February, controls the only land route to the Crimea peninsula seized by Russia in 2014 and the mouth of the Dnipro river that bisects Ukraine.

Since the start of October, Ukrainian forces have burst through Russia’s front lines in the region in their biggest advance in the south since the war began, aiming to cut Russian troops off from supply lines and escape routes across the river.

Ukraine said earlier on Friday that its armed forces had retaken 600 settlements in the past month, including 75 in the Kherson region and 43 in the eastern Donetsk region, where Optyine and Ivangrad lie.

Moscow calls the conflict, which has killed thousands of Ukrainians and left cities, towns and villages in ruins, a “special military operation” to demilitarise a country whose moves towards the West threaten Russia’s own security. Kyiv and its Western allies say it is an unprovoked war of conquest.

The British report said Moscow’s overall military campaign in Ukraine was still being undermined by Ukrainian forces along the northern and southern ends of the front line as well as by severe shortages of munitions and manpower.

Russia was targeting Bakhmut, it said, to try to seize the Kramatorsk-Solviansk urban area of the eastern Donetsk region, which was among those Russia said it had annexed despite not being in full control.

Ukrainian President Volodymyr Zelenskiy said in a video address late on Thursday that “brutal” fighting was continuing there.

He also accused the International Committee of the Red Cross (ICRC) of inaction in upholding the rights of Ukrainian prisoners of war and urged it to undertake a mission to a camp in the Russian-occupied east of the country.

In the latest of a series of Ukrainian criticisms of the ICRC, he said no one had yet visited Olenivka – a notorious camp in eastern Ukraine where dozens of Ukrainian POWs died in an explosion and fire in July.

Alongside the annexation, Russian President Vladimir Putin has responded to the battlefield setbacks with other moves to escalate the conflict: calling up hundreds of thousands of reservists and threatening to use nuclear weapons.

This week, Russia launched the biggest air strikes since the start of the war, firing more than 100 cruise missiles mainly at Ukraine’s electricity and heat infrastructure.

Officials in Russia’s Belgorod region bordering Ukraine have since accused Ukraine of targeting its power supplies and hitting an apartment block in the regional capital.