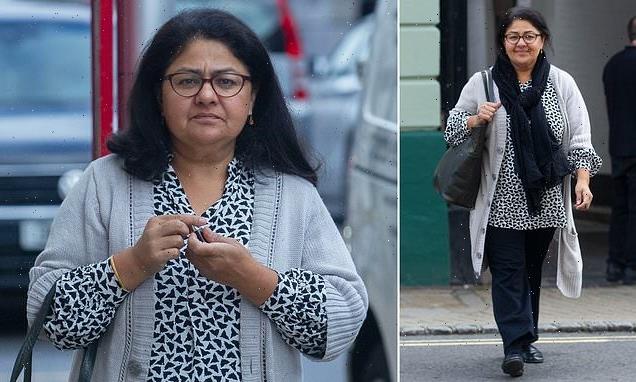 Wealthy landlady, 58,faces jail for keeping 60-year-old vulnerable woman as a slave who she punched, kicked and verbally abused while she cooked, cleaned and looked after her three young children 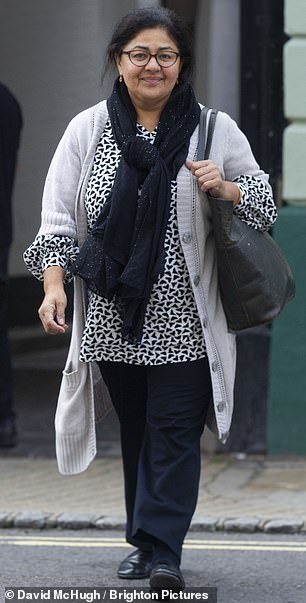 A wealthy landlady faces jail after she was convicted of keeping a woman a slave who she punched, kicked and verbally abused while she cooked, cleaned and looked after her family.

For several years Jacqueline Whittington, 60, was forced to act as a domestic servant for Farzana Kausar, 58, who Lewes Crown Court previously heard controlled almost everything she did.

Mrs Whittington was forced to carry out household chores and look after three young children but did not receive any money.

The landlady, who owned several pricey properties in Brighton and London, became increasingly controlling and abusive, often flying into a range.

Kausar broke Mrs Whittington’s ankle by slamming a car door on it.

She also allegedly attacked the mother of four as she smashed her glasses into her face, causing a laceration to her face, and ripped off her necklace.

The property owner once barged her way into a doctor’s consulting room as Mrs Whittington was in the middle of an appointment.

Kausar, charged with keeping another woman in slavery or servitude, was found guilty yesterday afternoon.

She was also found guilty of perverting the course of justice after a trial lasting almost three weeks at Lewes Crown Court.

The alarm was raised by the family’s nanny, Michelle Ormiston, who had been hired by Kausar’s family.

She witnessed the ‘shocking’ treatment of the live-in helper, before alerting both social services and the police.

On September 26, Farzana Kausar of Hove, East Sussex appeared before Lewes Crown Court charged with holding a person in slavery or servitude between August 2015 – May 2019.

She was also charged with attempting to pervert the course of public justice by getting Mrs Whittington to withdraw her charges.

The jury previously heard Mrs Whittington was vulnerable and had been a long-term alcoholic. 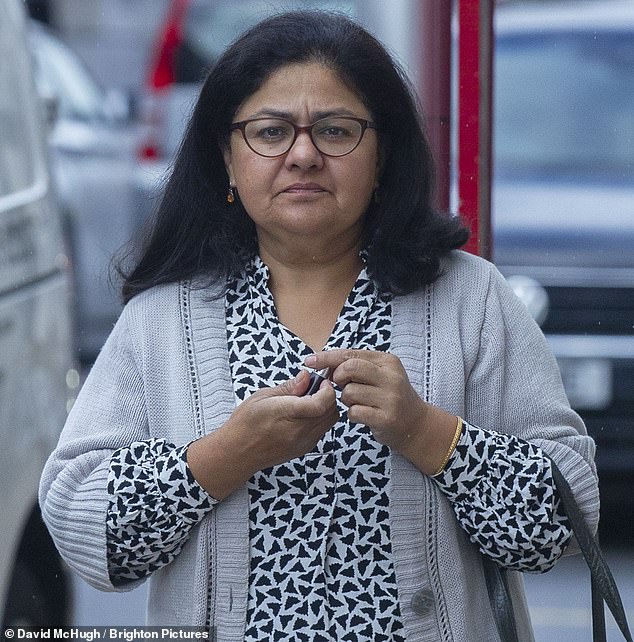 Farzana Kausar, 58, was convicted by a jury of keeping another woman in slavery or servitude – here she is pictured outside Lewes Crown Court at a previous hearing on September 26

She had left her husband and four children in the 1990s and first met the defendant when she rented a flat from the family.

She began by carrying out decorating work for Kausar’s family but eventually moved in as a live-in domestic servant, carrying out household chores while living at a variety of addresses in London and Brighton.

The court found that Mrs Whittington did not have an employment contract and, although Kausar promised to pay her for her work, the mother-of-four never received a wage.

Mrs Whittington’s benefits were also taken though she regularly bought cigarettes and alcohol.

Ryan Richter, prosecuting, said at an earlier hearing: ‘Mrs Kausar took possession of her benefit book and removed her access to get money.

‘Mrs Kausar promised to pay her for the work but didn’t pay.

‘She was given her benefit book to sign but never gave her the money.’

He said the alleged victim suffered many years of ‘control, violence and verbal abuse’.

He said the violence began when Mrs Kausar threw a recycling box at her for leaving some cooked meat out in the kitchen.

When the family went abroad on holiday Mrs Whittington would travel with them to act as their domestic servant.

She told the police Kausar worked to isolate her from any contacts or friends and was more and more controlling.

Although her children used to come round to see her, they were unable to when she went to London because they didn’t know where she was.

Mrs Whittington told police she did possess a mobile phone but that it was often confiscated by the defendant.

And when her mother died, she only found out it had happened weeks earlier and the funeral had already taken place.

Mr Richter told the court: ‘Mrs Kausar would tell her she wouldn’t last one minute if she went out on her own and told her: ‘At least with me you have a roof over your head.’

Kausar was arrested by police at the family’s luxurious flat in Hove in 2019.

She has now been remanded in custody to await sentencing on November 10.