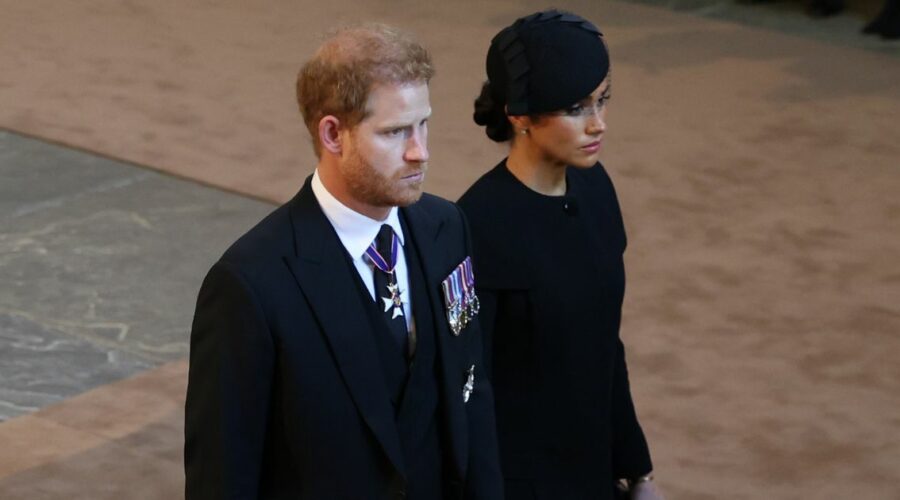 Meghan Markle has cancelled an appearance at a lavish LA awards event to support her grieving husband.

The 41-year-old reportedly declined the offer to attend the glitzy ceremony at Variety following the death of the Queen.

She was set to be honoured at the event which was marking the publication's 'Power of Women' issue on September 28.

It's thought the former Suits star was approached to speak alongside Hillary and Chelsea Clinton about the "tropes holding women back".

However, it's said she's decided against attending after the death of the late Monarch so she can support Prince Harry.

A source told Daily Mail : "Meghan has gracefully declined to take part after the death of Queen Elizabeth."

It is thought Meghan was ready to speak to the audience about stereotypes that can harm women and also to highlight the work being done by Marshall Plan for Moms – a group which is dedicated to women's economic empowerment.

She was expected to echo previous comments she had made on her controversial podcast titled Archetypes.

In her chat with Mindy Kaling, Meghan had hinted at what she was likely to say in her speech, revealing she was frustrated with people constantly telling her how lucky she was that Prince Harry "chose" her when the pair got engaged.

She hit back at them on the episode, saying: "But, thankfully, I have a partner who was countering that narrative for me and going 'They've got it all wrong. I'm the lucky one because you chose me'.

The event will still be attended by other honourees, including Oprah Winfrey, Elizabeth Olsen and filmmaker Ava DuVernay.

The Duchess of Sussex is currently in London supporting her husband as the Royal Family prepares for the funeral of Britain's longest reigning monarch on Monday.