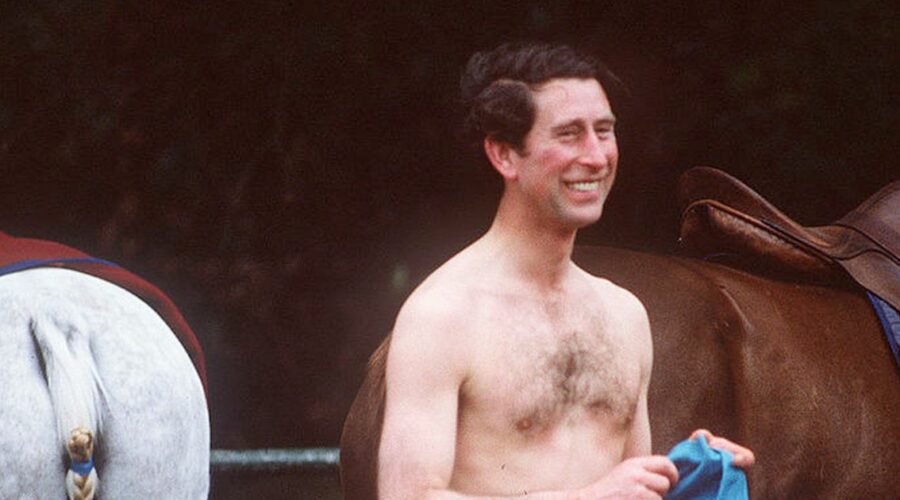 The newly-appointed King Charles III has never been one to shy away from controversy.

From sordid phone calls to not-yet-married-to lovers dubbed Camillagate, to The Great Chinese Takeaway where he slagged of Chinese political customs, he's put his foot in it many times.

But there was one time, in 1994, where he was splashed all over the front pages of international newspapers – naked.

READ MORE: Harry and Meghan 'furious' at King's decision not to give Archie and Lilibet HRH titles

Except this time, it wasn't entirely his own fault.

While on holiday in the small French town of Barroux the then-45 year-old, who was separated from the-late Princess Diana by hat point, had gone for a dip in a friends swimming pool.

And while he was drying off, a photographer snapped him, in all his naked Royal glory.

And it was published in German newspaper Bild.

Given that it was 1994, the images weren't exactly crystal clear – but you could see pretty much everything the now-King had to offer.

He was described in the originally story as a “hunky like a Greek statue”.

Paul Martin, deputy editor at the time said: “We were offered the picture yesterday and we bought it right away.

“We have had consultations of course with our lawyers and our legal department and they had no doubts about publishing it.”

As yet, the UK newspapers refused to publish the images, but French newspaper Paris Match was next in line to do so.

But they went one step further and published a fully-nude centre spread with more images.

A source from the magazine said: “His whole pride and joy is on display.

“You English can be proud of him.”

Despite the odd compliments, Buckingham Palace went into panic mode.

A palace spokesman said: “We think it is completely unjustifiable for anybody to suffer this sort of intrusion”.

A 1994 LA Times report – which is still available online – wrote: “Buckingham Palace was not amused.

“The daily tabloid Bild said the color photo was taken while Charles was vacationing at a friend’s villa in southern France.

The picture stops short of full frontal nudity only because it is very grainy, apparently made with a lens that wasn’t long enough, then blown up.”

The images were never published by UK media.