Controversial neurosurgeon Charlie Teo has defended his operations on children with a type of tumour that Teo accepts are normally incurable and inoperable.

“Look, I’m not sorry that I operated, I’m sorry about the outcome,” he told A Current Affair’s Tracy Grimshaw. 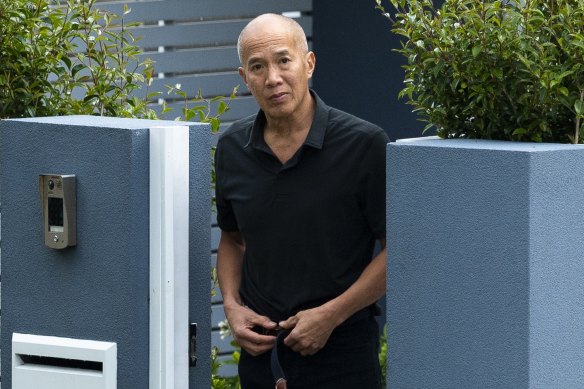 An investigation by the Sydney Morning Herald, The Age and 60 Minutes revealed Teo has charged families extraordinary amounts of money for ultimately futile operations that have catastrophically injured patients, including four-year-old Mikolaj Barman, who never walked, talked or spoke again in the months before he died.

“There should be some regulation to stop this. If someone is giving false hope, then it’s like a scam,” said Prasanta Barman, who is plagued by guilt following the horrific outcome of the surgery Teo performed on his only child.

Teo told ACA of his disastrous operation on Mikolaj: “He’s got so much spunk and my operation ruined him. It took away that spunk, it took away that quality of life. I did that… I’ve got to face that every day.

“If someone is trying to portray me as some money-hungry bastard who is operating on and hurting children based on money, that’s what I want to correct.” 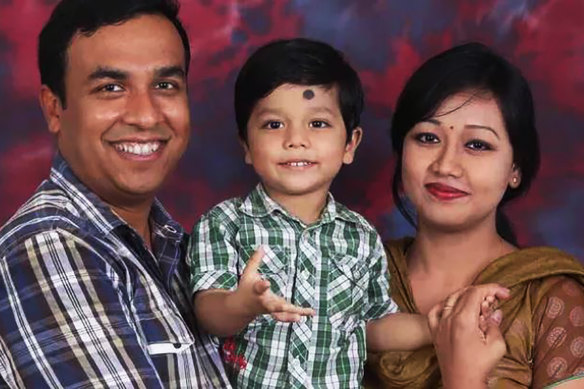 Mikolaj Barman (centre) was diagnosed with a very rare type of tumour – a diffuse intrinsic pontine glioma (DIPG). He is pictured with his father, Prasanta, and his mother, Sangeeta.

“So when someone accuses me of having a disregard of life, a disregard of quality for life and treating my patients as if they’re some sort of bank where I can get money out of them … that I find abhorrent and disgusting and that is what I want to correct. It hurts me,” he said.

Teo admits Mikolaj’s operation had a terrible outcome but disputed the type of tumour Mikolaj had and claimed he only performs this kind of risky operation because his patients or their family elect to take a chance on surgery.

“Are you going to deny it to them if they want it? If they want to take that chance?” he asked.

Barman disagreed. “There was no hope. For a DIPG, there is no hope. So why give the false hope in the first place?” he told the investigation.

Barman and his wife, Sangeeta, were devastated when Mikolaj was diagnosed in 2018 with an incurable and inoperable condition called diffuse intrinsic pontine glioma (DIPG). A second neurosurgeon confirmed the diagnosis.

DIPGs are an aggressive childhood tumour which occurs in the pons. According to experts, surgery isn’t an option because the cancer cells have infiltrated the pons and it is not possible to tell normal from abnormal tissue. Any attempt at resection is likely to be harmful to the child because the pons controls many of the body’s most vital functions such as breathing, blood pressure and heart rate.

Desperate for a miracle, a friend emailed Teo on the Barmans behalf.

An email from Teo’s office told Barman: “Dr Teo has reviewed the scans and suggested urgent surgery. He said there is a very high likelihood of cure if he does the surgery before radiation.”

Teo told ACA, with regards to Mikolaj’s tumour: “I took out the focal component but I went one millimetre too far and I took out some of the diffuse component and damaged him. That blame is totally on me. I’ve got to accept that.”

However, Teo never informed the Barmans he had damaged their only child. Two days after the surgery, Barman emailed Teo’s office saying that his son was in a critical condition and was on a ventilator.

A fellow from Teo’s office replied, “It is still very early. I am not concerned as it can still take days for him to wake up and breathe on his own. We need to continue giving him time.”

The rest of his short life was spent in a room staring at a ceiling. His only means of communication was blinking his eyes. Ten months after the catastrophic operation the aggressive tumour returned and Mikolaj died.

On learning his patient had died, Teo emailed Mikolaj’s family to assure them they’d done the right thing in having the most “aggressive” surgery possible.

A year after Mikolaj’s death, Bella Howard, 7, from Shoal Bay, was diagnosed in John Hunter Hospital at Newcastle with a DIPG. Her father Gene refused to accept his daughter’s tumour was incurable and turned to Teo. 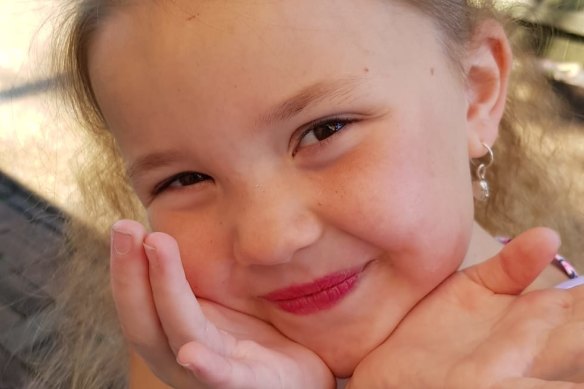 Bella Howard died from a DIPG.

Teo’s notes after the initial consultation reveal he “agreed that this is likely to be a DIPG”.

Bella’s grandmother Mariza Howard, who was at the consultation, recalled Teo telling them there was a tiny chance the scan might be wrong.

The Howard family was thrilled someone was offering them hope. Teo wanted to operate the next day but the surgery would cost $100,000 and $50,000 had to be in Teo’s bank account that night.

Bella was damaged by the surgery. After Bella’s 12-week scan, Teo rang to tell them the aggressive tumour was back and was now three times the size.

Bella deteriorated quickly and in January 2021, eight months after diagnosis, she died.

Her official cause of death was recorded as a DIPG.

Teo told ACA: “For someone to come out and say, “We’re going to portray you as this money-hungry guy who operates with no regard of life and we’re going to stop you from operating, that is a disservice and that it’s an insult to the Bella Howard’s of this world.”

In August 2021, the NSW Medical Council was so concerned about the risk to the public that they placed restrictions on Teo’s ability to perform brain stem tumours, including DIPGs.

In November 2021, Healthscope, which runs 41 private hospitals, withdrew Teo’s accreditation at Prince of Wales Private Hospital, where he has worked for years.

Teo is set to face a two-day disciplinary hearing after a lengthy investigation by the Health Care Complaints Commission. One of the matters under investigation is another DIPG operation which had a terrible outcome.

25/10/2022 World News Comments Off on ‘I’m not sorry that I operated’: Charlie Teo defends surgeries, apologises for outcomes
Markets