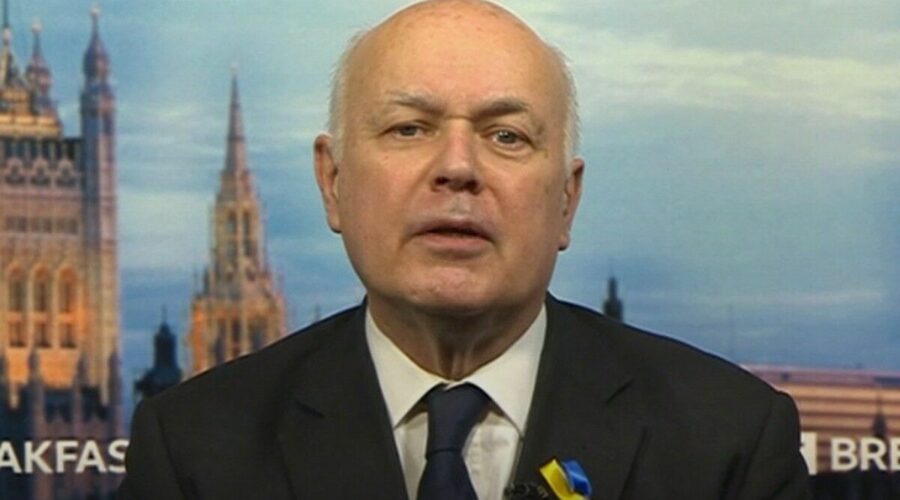 Iain Duncan Smith has warned Rishi Sunak has two years to “deliver on the promise of Brexit”. The former Tory leader admitted “lots of things haven’t been done” and that regulatory changes are needed to make the UK a “more competitive economy with a higher level of productivity”.

Brexiteer Mr Duncan Smith told BBC Breakfast: “The truth is Rishi Sunak is now going to be the Prime Minister and we have two years before the next election to try and get the UK economy back fully on track again which is critical and deliver on the promise of Brexit.

“Lots of things haven’t been done, the regulatory changes, all these that will deliver a more competitive economy with a higher level of productivity.

“These are big challenges but we’ve lost the first two and a half years because of Covid and now we’ve been facing over the last seven or eight months the war in Ukraine.

“These are big body blows to the world economy and to the UK’s but we can pull through this if we get the right decision making.

“But these balances are going to be in his in-tray when he arrives but I think he’ll get them right. “

It comes as Mr Sunak, who backed Brexit in the 2016 referendum, will become PM this morning after being formally appointed by the King.

Speaking yesterday, the new Tory leader warned his warring MPs the party must “unite or die” in the face of a “profound economic challenge”.

Mr Sunak told Conservative MPs behind closed doors in the Commons they face an “existential moment”.

Three MPs in the room said his message to the party was they must “unite or die” as they focus on delivering on the public’s priorities during a cost-of-living crisis.

In a short address to the nation, Mr Sunak promised to serve with “integrity and humility”.

He praised Ms Truss for having served the nation with “dignity and grace” during “exceptionally difficult circumstances”.

He said he was “humbled and honoured” to have been chosen as the next prime minister, which he described as the “greatest privilege of my life”.

He added: “The United Kingdom is a great country but there is no doubt we face a profound economic challenge.

“We now need stability and unity and I will make it my utmost priority to bring our party and our country together.”