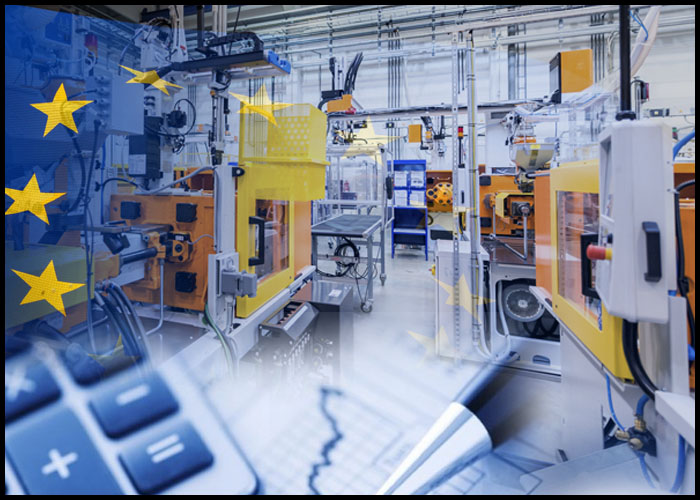 The euro area private activity slipped into a deep downturn in October as both manufacturing and services sectors contracted at faster rates, flash survey results from S&P Global showed Monday.

The S&P Global composite output index fell to a 23-month low of 47.1 in October from 48.1 in the previous month. The reading was also below economists’ forecast of 47.5.

The index has remained below 50.0 level for the fourth straight month suggesting contraction. The latest pace of decline was the fastest since November 2020.
Excluding pandemic lockdown months, the October score was the lowest since April 2013.

The private sector downturn was mainly driven by the manufacturing activity. Factory output dropped for a fifth straight month and the latest pace of decline was not seen prior to the pandemic since July 2012.

The manufacturing Purchasing Managers’ Index fell more-than-expected to 46.6 from 48.4 in September. The reading was forecast to climb to 47.8.

At the same time, the cost of living crisis and broad-based economic uncertainty dampened services activity. The services PMI came in at a 20-month low of 48.2, as expected, but down from 48.8 a month ago.

The eurozone economy looks set to contract in the fourth quarter given the steepening loss of output and deteriorating demand picture seen in October, adding to speculation that a recession is looking increasingly inevitable, Chris Williamson, chief business economist at S&P Global Market Intelligence said.

The survey showed that new orders placed for goods and services fell for a fourth straight month. The drop in new orders meant companies continued to rely on existing backlogs of work to help maintain business activity levels.

Employment growth improved slightly in October but the latest gain was the third-lowest seen over the past year-and-a-half.

Business expectations for the year ahead remained subdued with sentiment especially low in manufacturing.

The overall rate of input cost inflation remained highly elevated, easing only slightly from September’s three-month high. Higher costs fed through to a stubbornly high rate of increase of prices charged for goods and services. Rates of selling price inflation cooled only marginally in both manufacturing and services.

Within the euro area, the steepest decline continued to be recorded in Germany, where the composite PMI sank to 44.1, its lowest since May 2020, from 45.7 in September. The expected score was 45.3.

Germany’s manufacturing and service sectors both reported steep and accelerated rates of contraction. The flash services PMI declined to 44.9 in October, a 29-month low, from 45.0 in the previous month. At 28-month low, the factory PMI slid to 45.7 from 47.8.

The French private sector economy stagnated at the start of the fourth quarter. The composite PMI registered 50.0, down from 51.2 in September, representing the first month in which output has failed to grow since March 2021.