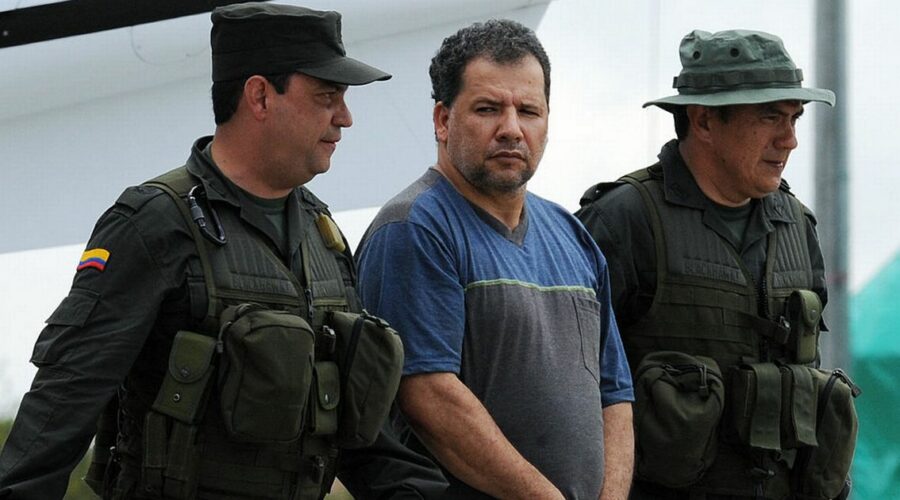 A 57-year old infamous for being one of the world's most prolific drug traffickers is set to spend the rest of his life behind bars.

Daniel Rendon Herrera, also knows as "Don Mario" and described as "the most feared narco-terrorist in Colombia", has been handed a 35-year sentence in Brooklyn, New York for engaging in a continuing criminal enterprise as leader of the paramilitary, multibillion dollar drug cartel known as the "Clan del Golfo" (CDG).

He was also guilty of conspiring to provide material support to the paramilitary and drug-trafficking organisation Autodefensas Unidas de Colombia (AUC) and ordered to hand over $45,750,000million (£40.7million) of his ill-gotten fortune, as reported by news blog Borderland Beat.

READ MORE: Hero cat comes to the rescue and opens door for locked out owner

Rendon Herrera pleaded guilty to the charges in November 2021.

He had led the AUC since the 1990s and was also the founder of the CDG – effectively the former's successor organisation.

The AUC was designated a Foreign Terrorist Organization and Specially-Designated Global Terrorism Organization in 2001 by the United States Department of State.

It was known to engage in armed conflict with the Fuerzas Armadas Revolucionarios de Colombia (FARC) – the prominent guerilla group whose sympathisers the AUC strived to remove from positions of power and influence in the South American country.

Taxes, meanwhile, were imposed on any cocaine trafficked through AUC-controlled areas, with murders and kidnappings commonplace.

In 2006, the AUC demobilised as part of the Colombian government’s Justice and Peace process, with many members relinquishing their criminally-acquired assets in exchange for reduced sentences and amnesty from extradition.

But Rendon Herrera was in no mood for surrender and simply set up the CDG to collect "taxes" as more than 80 tons of cocaine was transited through Colombia en route to the US.

By the time of his capture in 2009, it is estimated that Rendon Herrera commanded 16 territories across Colombia as well as thousands of armed paramilitary fighters.

Welcoming the sentence imposed on "Don Mario", United States Attorney Breon Peace said: "Once the most feared narco-terrorist in Colombia, today marks the end of the criminal career of Rendon Herrera, responsible for importing tons of cocaine, fuelling violence, perpetuating drug abuse leaving a wake of destruction from Colombia to the United States, and stained with the blood of rival drug traffickers and civilians who were tortured and killed by the Autodefensas Unidas de Colombia."

Drug Enforcement Administration Special Agent-in-Charge Frank A Tarentino added: "Daniel Rendon Herrera was one of the most prolific drug traffickers to ever operate in Colombia. As leader of the AUC and Clan del Golfo, Don Mario was responsible for not only importing multi-ton quantities of cocaine into the United States, but also for terrorising the citizens of Colombia for financial gain."