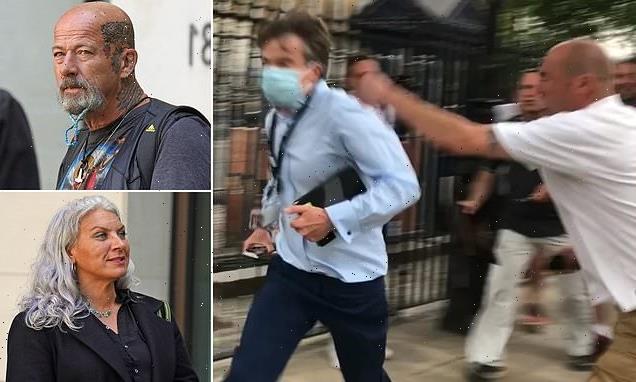 The judge also found that Mr Watt was ‘intimidated’ after giving evidence at the trial by people outside the court.

The prosecution barrister also had to be escorted out of Westminster Magistrates’ Court by police during the trial of Djazia Chaib-Eddour, 44, Martin Hockridge, 58, Alexander Peat, 34, Christopher Aitken, 62, and Gary Purnell, 45, it was said.

Each denied using threatening, abusive or insulting words or behaviour with intent to cause harassment, alarm or distress, but were found guilty earlier this month following a trial.

They all received community orders to do unpaid work, except for Aitken who had an arrest warrant was issued for him after failing to attend the trial. 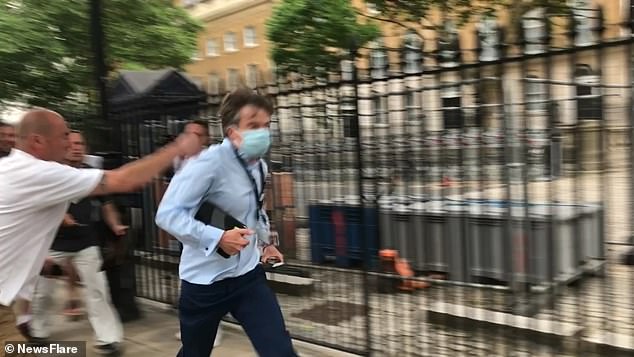 BBC journalist Nick Watt was verbally abused by several anti-lockdown protesters in 2021, who have now been sentenced by a Judge 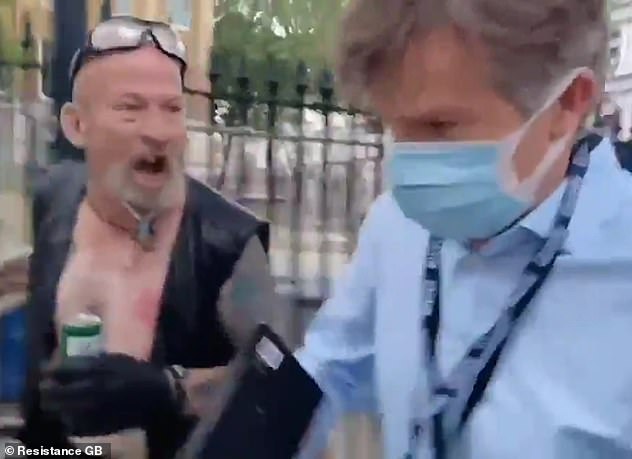 The Newsnight political editor had to run behind a line of police near Downing Street, as large-scale protests against the Government’s extension to lockdown rules turned ugly 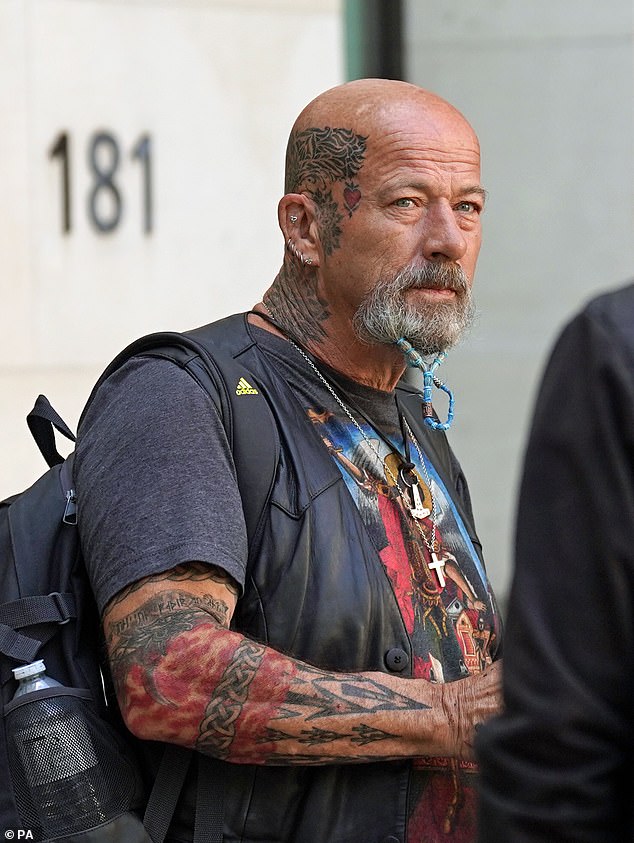 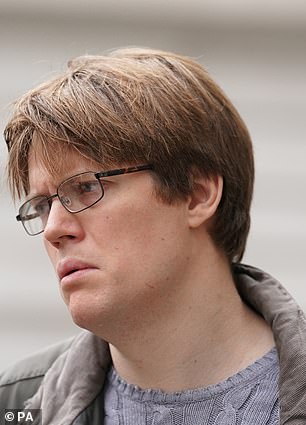 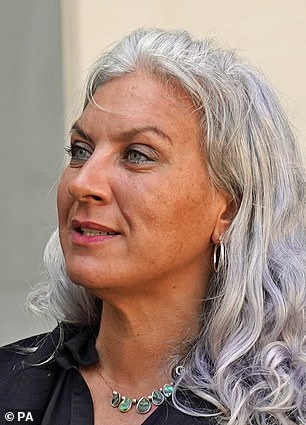 Alexander Peat (left) and Djazia Chaib-Eddour, 44, were found guilty of verbal abuse and each were given community orders

They were part of a group that gathered in Westminster on June 14 last year to protest against the Government’s extension of coronavirus restrictions in England by four weeks.

Footage shared on social media showed demonstrators shouting abuse in the face of Newsnight political editor Mr Watt as he was chased and called a traitor near Downing Street, while wearing a BBC lanyard.

Prosecutor Sudara Weerasena said on Tuesday the reporter had faced further intimidation after attending court for the trial.

‘Having given evidence in this particular case, he was intimidated leaving the court,’ she said. ‘The prosecution advocate had to be escorted out of the building by police.’

But District Judge Louisa Cieciora said the allegations could not be ‘laid at the door of any of the defendants’, who were still in court at the time.

They were each ordered to pay a total of £395 in costs and other charges and slapped with an indefinite restraining order not to contact Mr Watt. 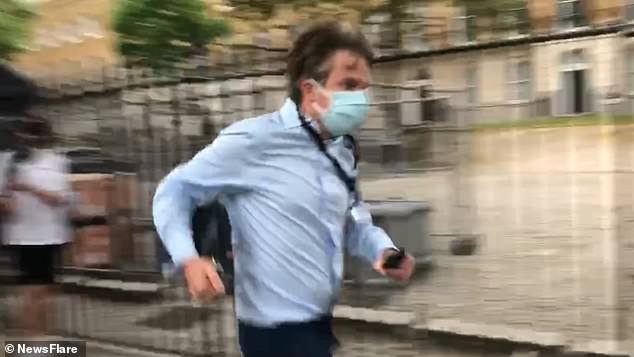 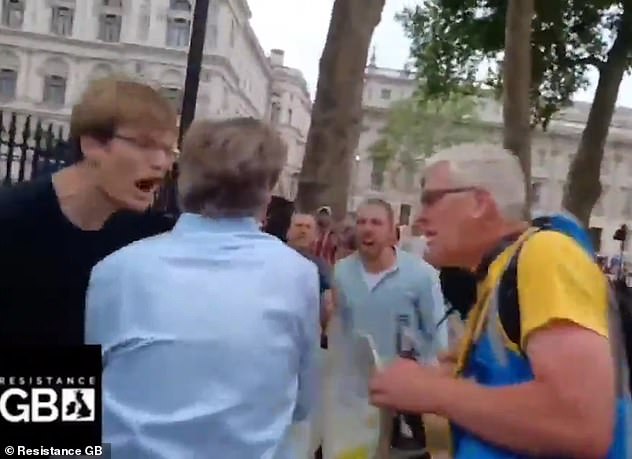 A video captured a group surrounding the journalist and shouting abuse at the Whitehall protest. The court heard the word ‘traitor’ was shouted at Mr Watt as he ran past and was in front of Chaib-Eddour (not pictured)

The judge issued an arrest warrant for Aitken, who did not attend the hearing, while Joseph Olswang, 40, pleaded guilty at an earlier hearing and was sentenced to 20 weeks imprisonment, suspended for 18 months.

‘This was an extremely unpleasant incident in which each of you used abusive words and threatening behaviour towards Mr Watt,’ the judge said.

‘This was committed against somebody who was providing a service to the public, even if you did not agree that service was being performed to the standard it should have been.’

In a victim impact statement, Mr Watt told how he ran to the gates of Downing Street ‘as fast as I could’ because of the ‘size and aggression of the crowd’.

‘At the time of the incident I was shocked and alarmed at what was happening to me,’ he said. ‘I felt I was in immense danger.’

Mr Watt said he has been the subject of death threats on ‘conspiracy theorist forums’ and has concerns ‘my safety can no longer be guaranteed’.

‘Whilst not from identified suspects in this case, they were clearly inspired by the incident,’ he said.

‘My family and I found them very distressing.’ 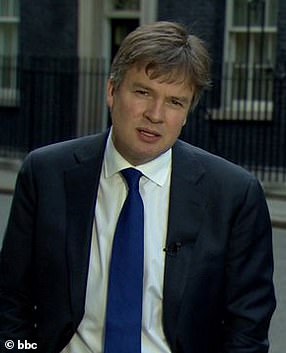 Nicholas Watt is an experienced head at BBC’s flagship political show Newsnight, having had more than 25 years experience on national newspapers.

Now the show’s political editor, a position he has held since 2016, he previously had a distinguished career at the Guardian and the Times.

During his time at the Guardian he served as chief political correspondent and European editor, based in Brussels.

And at The Times, Nick served as Ireland Correspondent based in Belfast during the final years of the Troubles and the beginning of the Northern Ireland peace process.