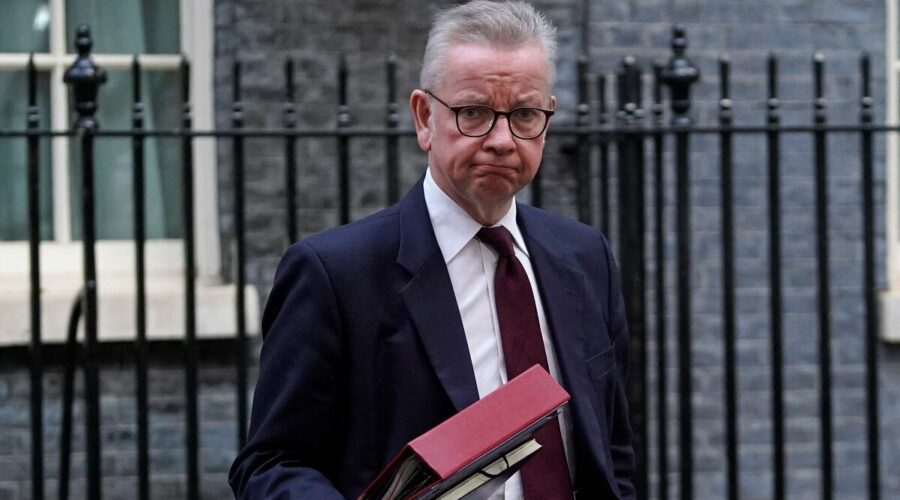 Kremlin agents reportedly accessed the ex-premier’s mobile while she was foreign secretary. And that could have given access to exchanges with officials about Ukraine as well as private conversations with Kwasi Kwarteng who later became her chancellor.

The embarrassing revelation is the second security row to rock the Government in two weeks.

It comes amid criticism of Suella Braverman’s reappointment as Home Secretary after she breached the ministerial code by passing on Government documents from her personal phone.

The Russian hack was discovered while Ms Truss was running for the Tory leadership but was apparently kept out of the public eye by then-prime minister Boris Johnson and Cabinet secretary Simon Case.

But when quizzed about the matter yesterday, Levelling Up Secretary Mr Gove said: “I’m sure that Liz, both as foreign secretary and as prime minister, will have followed the advice that she was given by the intelligence and security communities.

“The more that we talk in detail about these things, the more that we risk giving information to people who wish this country and its citizens harm.”

Mr Gove said he did not know the full details of “what security breach, if any, took place”.

He said: “What I do know is that the Government has very robust protocols in place in order to make sure that individuals are protected, but also that Government security and national security are protected as well.”

He refused to discuss the potential implications as “loose lips can sink ships when it comes to these questions”.

He said: “Levels of education aren’t high enough, and I don’t think people are focusing enough on the risks to their security and their devices, because these are hidden threats that aren’t properly understood.

“I think that’s true of ministers as anyone else, and there’s a premium on making sure that they’re properly educated.

“I would be extremely surprised, by the way though, if the sort of material that we handled in the agencies – so secret intelligence material – gets anywhere near mobile devices connected to the internet, in ministerial hands or otherwise.”

The former head of the Army, Lord Dannatt, said: “Our leaders must be sufficiently disciplined to only communicate through authorised means which themselves are encrypted and are secure.

“We’ve seen it with Suella Braverman, apparently sending messages that she shouldn’t have done on a personal email, and now we get it with Liz Truss. This, frankly, is not good enough.”

Politicians failing to use secure means of communicating “is ill discipline and, frankly, reflects very poorly on their judgment”.

Labour said the alleged phone hack and the reappointment of Ms Braverman as Home Secretary just six days after she was forced out over a security breach, raised “wider concerns”.

The Government seemed not to be “taking seriously enough” issues around national security.

The Opposition is demanding the Government publish its assessments of Ms Braverman’s sharing of a sensitive document with a Tory backbencher from a personal email without permission.

But Mr Gove rejected the calls and said he is “more than satisfied” with her return to Cabinet.

Speaking on the BBC’s Sunday With Laura Kuenssberg programme he said: “I also, critically, want to ensure that what we don’t do is, on the basis of the imperfect information that is in the public domain, rush to judgment in a way that would seem to me to be inappropriate.” He said Ms Braverman is “absolutely” a politician of integrity.

“I am satisfied, more than satisfied, that in resigning, accepting responsibility, apologising, and then in being assured by the Cabinet Secretary and the Prime Minister that Suella coming back into office was the right thing, that Suella is now in a position to do the work that she is dedicated to doing.”

Questions have also been raised about her account that she immediately reported her mistake.

That was further cast into doubt by the emergence of an email from her personal account in which she asked the recipient of a message sent in error to “ignore and delete”. Confronted with the email, Mr Gove insisted her request was “standard practice”.

He suggested Ms Braverman is facing opposition because she is “brave” and “making changes”.

The senior Tory said: “You only take flak if you’re over the target.”

“We think that the papers and the warnings that were provided by the Cabinet Office and by the Cabinet secretary to the Prime Minister should be sent to the Intelligence and Security Committee.

“So far, we’ve been asking repeatedly whether the Home Secretary has used her personal phone to send other Government documents.”