‘Sugar Bliss’ owner Teresa Ging told ‘Varney & Co.’ a 37% increase in crime from last year has her rethinking her future in Chicago.

Here are the key events taking place on Monday that could impact trading.

"[C]rude oil prices are down and industry profits are up, yet gas prices have increased by a record $0.84 per gallon in 10 days in California – a $2.50 difference compared to U.S. prices," CEC Chair David Hochschild wrote in a Sept. 30 letter to executives. "This degree of divergence from national prices hasn’t happened before, regardless of planned or unplanned refinery maintenance, and no explanation has been provided. The oil industry owes Californians answers."

Hochschild accused the executives of not providing an "adequate and transparent" explanation for the price spike. He noted that the industry’s "lower-than-normal" stockpiles of gasoline appear to be a contributing factor to a tightening gasoline market that has increased gasoline prices over the prior week. 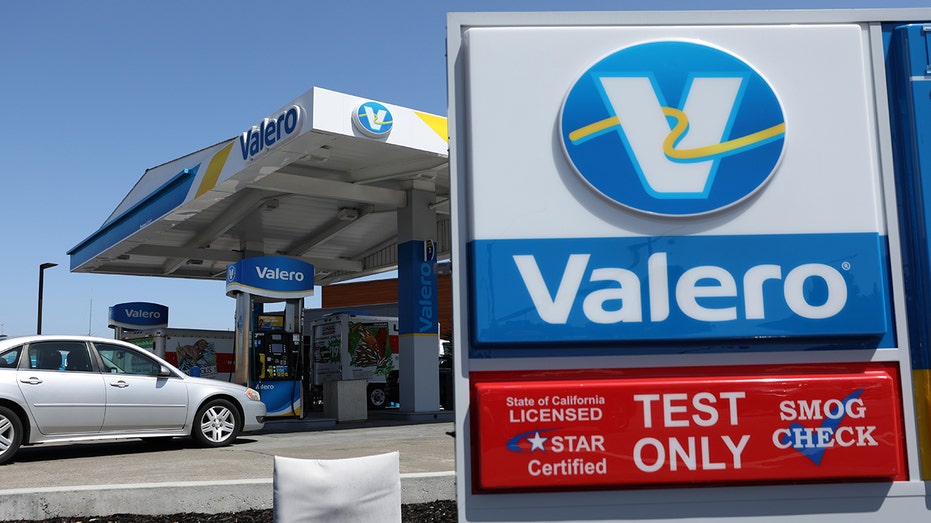 FILE: A sign is posted in front of a Valero gas station on April 26, 2022, in San Rafael, California. (Justin Sullivan/Getty Images / Getty Images)

Hochschild demand that the industry leaders explain why gasoline prices have risen "despite a sharp downturn in global crude prices, no significant unplanned refinery outages in the state, and no increases in state taxes or fees."

Hochschild asked what the State of California could do to address logistics or other obstacles that have contributed to the price increases. He also demanded that refiners explain why they supposedly allowed inventory levels to drop despite "for months, or in some cases years" that planned maintenance would occur.

In response, Valero’s Vice President State Government Affairs, Scott N. Folwarkow, denied any allegations of "price conspiracies" among oil refineries, pointing to a federal judge having thrown out another case finding no basis for them.

Instead, Folwarkow said market price was driven by supply and demand, coupled with "government-imposed costs and specifications."

He noted that Valero has planned maintenance activity but said the company has planned accordingly to meet its contractual obligations to its customers.

Folwarkow blamed low inventories on post-COVID’s growing demand and limited supply. He said the higher prices in California than in the rest of the U.S. had to do with the state being the "most expensive operative environment in the country and (being) a very hostile regulatory environment for refining."

ANOTHER COMPANY FLEES DEM-RUN CITY: Tyson Foods Inc. became the latest large company to announce its departure from Chicago, continuing a trend in the city that many have argued is the result of the city's skyrocketing rates of crime and threatens to do harm to its most vulnerable populations.

"You're talking about a situation where you have a hollowed out economy, where you have businesses leaving, there are no jobs," Heritage Foundation senior research fellow in the Center for Health and Welfare Policy Robert Moffit told Fox News Digital last month. "And the people who are desperately hurt by this are mostly low income and black and minority residents who suffer the most from this high crime."

Moffit's comments came after McDonald's CEO Chris Kempczinski took aim at Chicago in a mid-September speech, arguing that the city's rising crime rates have made it increasingly difficult for companies to operate or find employees. 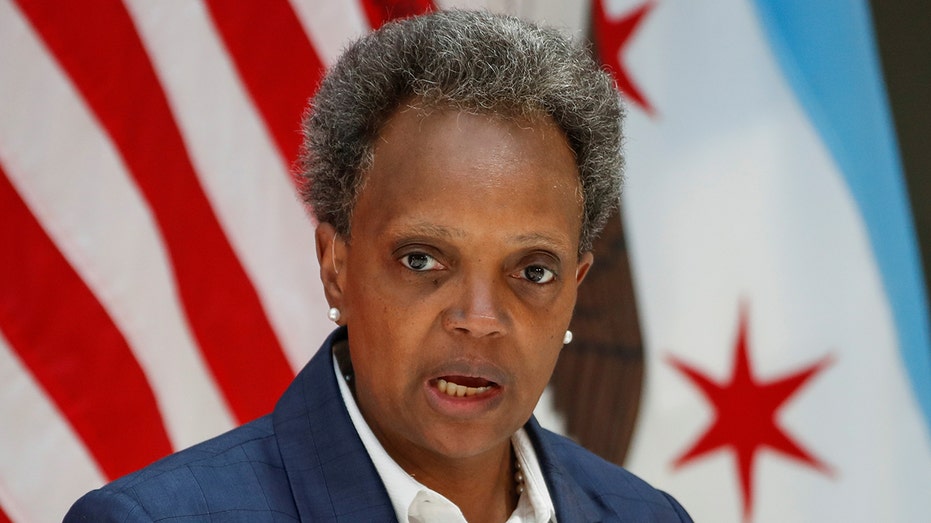 Chicago’s Mayor Lori Lightfoot speaks during a science initiative event at the University of Chicago in Chicago, Illinois, on July 23, 2020.  (REUTERS/Kamil Krzaczynski –  / Reuters)

Crime in Chicago has spiked during Black Lives Matter riots and the defund the police movement in the aftermath of the 2020 death of George Floyd, with the city recording its deadliest year in a quarter-century in 2021 with 797 homicides.

Chicago Police Department Chief of Detectives Eugene Roy told Fox News Digital over the summer that the city has engaged in a "stealth defunding" of the police department by failing to provide adequate resources and staffing to the department as officers leave or retire.

The reality has seen crime rise across nearly every category, something businesses are taking note of as they look toward the future.

Billionaire Ken Griffin announced earlier this year that he was moving his hedge-fund firm, Citadel, out of Chicago because of the rising crime, a move that was also made by mining equipment giant Caterpillar and Boeing, the world's largest aerospace company.

"If people aren’t safe here, they’re not going to live here," Griffin told the Wall Street Journal in April. "I’ve had multiple colleagues mugged at gunpoint. I’ve had a colleague stabbed on the way to work. Countless issues of burglary. I mean, that’s a really difficult backdrop with which to draw talent to your city from."

Chicago has also seen small businesses flee the area, with Gary Rabine, founder of the Rabine Group and owner of 13 businesses, telling Fox News Digital last month that crime was behind his decision to take his rod paving business elsewhere.

"We would do thousands of jobs a year in the city, but as we got robbed more, my people operating rollers and pavers we got robbed, our equipment would get stolen in broad daylight and there would usually be a gun involved, and it got expensive and it got dangerous," Rabine said.

Rabine also pointed out that the rising crime leads to increased costs in other areas, pointing to increased expenses in both security for his businesses and insurance rates.

AUTO RECALL: Rivian Automotive announced on Friday it is recalling almost all the vehicles it has delivered to customers in order to tighten a loose fastener.

The electric truck and SUV maker said the problem could potentially affect drivers' ability to steer.

The recall involves 13,000 vehicles because a fastener connecting the vehicles' front upper-control arm and steering knuckle may not be torqued enough.

There have been seven reports potentially related to the issue, but no injuries have been reported, Rivian said. 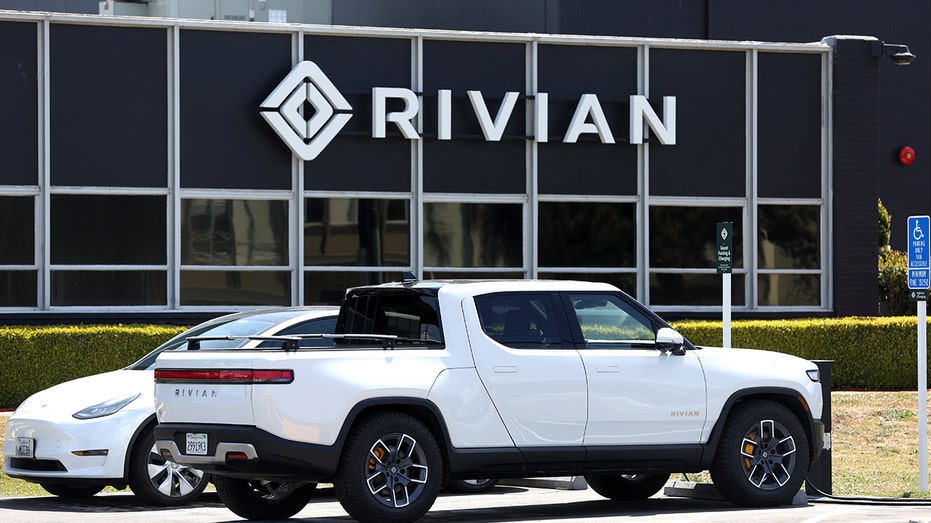 "If you experience excessive noise, vibration or harshness from the front suspension, or a change in steering performance or feel, you should call immediately," Rivian CEO RJ Scaringe wrote in a letter to vehicle owners.

The company says it is a quick fix and expects to have finished the repairs on all of them in about 30 days.

The company, which was founded in 2009, is aiming to take advantage of a growing appetite among consumers and investors for electric vehicles.

Rivian is among a long line of companies, both new and old, trying to peel away market share from Tesla.

It went public last year, and its market value quickly soared past that of Ford and General Motors, but has since come back to earth.

In May, Ford trimmed its stake in the company, selling 15 million shares.

Rivian's stock is down 67% so far this year.

INFLATION REPORTS DUE: Inflation will be a big focus this week with the release of the September consumer and producer price indices.

However, last week’s surge in oil prices won’t be reflected in these reports, but they will show up in the October data next month.

But futures markets aren’t waiting around: traders are betting on another 75-basis point rate hike in November, the fourth in a row, and a 50-basis point increase in December, bringing the Federal Funds rate to 4.25%-4.5% by year-end. Those estimates could change in the coming days.

On Wednesday the Bureau of Labor Statistics will report wholesale inflation for September. The producer price index is expected to rise 0.2% month-over-month according to Refinitiv forecasts, after slipping 0.1% in August.

Year-over-year, prices paid by wholesalers are anticipated to jump 8.3%, down from 8.7% in August and the third straight month of slowing growth. It would also be the lowest reading since July 2021, possibly easing rekindled inflation fears.

Excluding food and energy costs, core producer prices are anticipated to rise 0.3% monthly in September, trailing August’s 0.4% gain. Year-over-year look for growth in core PPI to hold steady at 7.3% in September, the sixth straight month of flat-to-slowing growth after a record 9.7% surge in March.

A day later, BLS is expected to say the consumer price index rise 0.2% month-over-month in September, slightly above August’s 0.1% rise.

On a year-over-year basis, watch for prices climb 8.1% in September, easing back from August’s hotter-than-expected reading of 8.3% thanks to moderating energy costs (the survey was conducted in the first three weeks of September).

It would also mark the third month in a row of slowing growth after June’s 9.1% surge, the highest inflation rate in almost 41 years (since November 1981).

Factoring out volatile food and energy costs, the core consumer price index is anticipated to rise 0.5% in September, slightly trailing a 0.6% spike the previous month.

Annually, core CPI is forecast to climb 6.5% in September. That would be the second month in a row of rising core inflation, following a larger-than-expected spike of 6.3% in August. More worrisome for inflation watchers, it would match March’s 6.5% spike, which was the highest in nearly 40 years.

3Q EARNINGS REPORTS: A pivotal third-quarter earnings season gets underway with several big banks reporting at the end of this week.

In addition, property and casualty insurer Progressive and investment manager BlackRock will report on Thursday.

Other names to watch include PepsiCo, Delta Air Lines, Fastenal and Domino’s Pizza. The latest Refinitiv estimates are below, along with the year-ago results for comparison.

Earnings for the companies in the S&P 500 are expected to rise 4.1% in the third quarter from a year ago, down sharply from an 11.1% estimate back on July 1 as inflation and Fed tightening take their toll on growth.

A recent spate of negative pre-announcements (AMD, Shell, Schnitzer Steel, Welltower, Blue Apron last week alone) is adding to the dour mood. Plenty of reason for investors to pay close attention to guidance and commentary from the big banks on Friday for clues to where the economy may be heading.