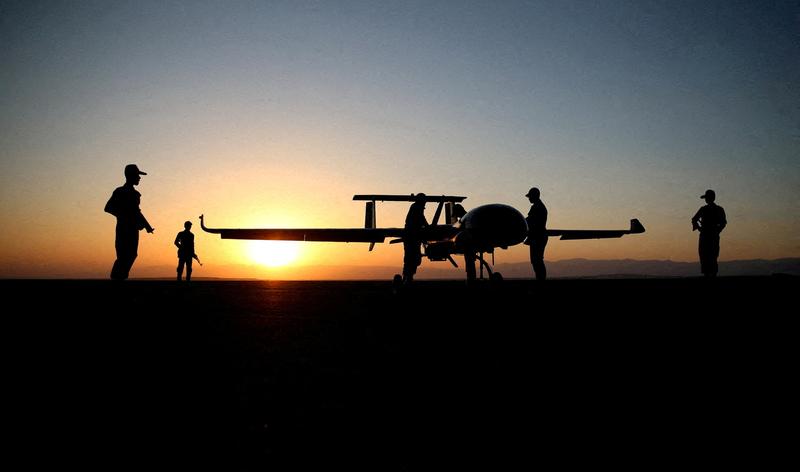 KYIV/WASHINGTON (Reuters) -The United States said on Thursday that Iranian military trainers were in Crimea helping Russian forces operate Iranian-made drones to attack targets in Ukraine, adding an alarming strand to a war that has heightened geopolitical tensions.

Ukrainian citizens endured the first day of nationwide scheduled power outages since the war began eight months ago so repairs could be made to damaged or destroyed energy plants as winter approaches.

“We can confirm that Russian military personnel based in Crimea have been piloting Iranian UAVs and using them to conduct kinetic strikes across Ukraine, including in strikes against Kyiv in recent days,” U.S. State Department spokesman Ned Price told a daily briefing with reporters, referring to unmanned aerial vehicles, or drones.

“We assess that … Iranian military personnel were on the ground in Crimea and assisted Russia in these operations,” Price said. He said “we do have credible information” but he did not provide evidence.

Russia seized Crimea from Ukraine in 2014 and has used the southern peninsula to train soldiers and reopen Soviet-era military bases as part of the invasion of its neighbour.

There was no immediate public reaction from Tehran to the U.S. accusations but Iran has denied the drones are Iranian-made. Russia has also denied using Iranian drones in Ukraine.

Russia’s defence and foreign ministries did not immediately respond to requests for comment.

European Union members have agreed on new measures against Iran, the bloc said, while Britain imposed sanctions on senior military figures and a firm it said were involved in the supply of Iranian drones to Moscow.

Russia and Iran have also been involved in the 11-year-long civil war in Syria, together supporting Syrian President Bashar al-Assad.

“Iran and Russia, they can lie to the world, but they certainly can’t hide the facts, and the fact is this: Tehran is now directly engaged on the ground,” Kirby said, without providing details.

People across Ukraine were urged to use less power as the government enforced electricity curbs between 7 a.m. and 11 p.m. on Thursday.

The first such restrictions since Russia’s Feb. 24 invasion included blackouts in some areas, and followed a barrage of Russian attacks that President Volodymyr Zelenskiy said had struck a third of all power plants.

“Restoring the electricity grid … will take a certain amount of time, and we are not talking about days or even weeks. In order to restore the reliability of our energy system, several weeks will be needed,” said Volodymyr Kudritskiy, chairman of the board of national energy company Ukrenergo.

That estimate was conditional on a end to mass shelling, he said.

The northeast region of Sumy went without water as some grocery shops in the capital Kyiv reported brisk sales of bottled water.

“There is much anger against Russian leaders and Russian people,” said Kyiv resident Mikhaylo Holovnenko.

“But we are ready for outages. We have candles, charged power banks. Ukraine is charged to win.”

Russian President Vladimir Putin inspected a training ground for mobilised troops in Ryazan, southeast of Moscow, and was shown firing a sniper rifle in footage apparently intended to show his backing for soldiers heading to fight in Ukraine.

Russia’s defence ministry said it was again targeting Ukrainian energy infrastructure, a strategy it has stepped up since the appointment this month of Sergei Surovikin – nicknamed “General Armageddon” by the Russian media – as commander of what Russia calls its “special military operation” in Ukraine.

In two video addresses on Thursday, Zelenskiy, without providing evidence, accused Russia of preparing to cause a large-scale disaster in southern Ukraine.

Ukraine has information that Russian forces have mined the dam and units of the Kakhovska hydroelectric power station, Zelenskiy asserted, adding that 80 settlements, including the city of Kherson, could experience rapid flooding.

Zelenskiy said that if Russia “is seriously considering such a scenario, it means that the terrorists are very clearly aware that they cannot hold not only Kherson, but also the entire south of our country, including Crimea.”

The Ukrainian military reported fierce fighting in the Beryslav district as their forces press their advance towards Kherson city, the only regional capital Russian forces have captured. Control of Kherson gives Russia a land route to Crimea and the mouth of the Dnipro river, which bisects Ukraine.

In the industrial eastern region of the Donbas, comprising Donetsk and Luhansk provinces, a Ukrainian counter-offensive was aimed at retaking the towns of Svatovo and Kreminna, Luhansk governor Serhiy Gaidai told Ukrainian television.