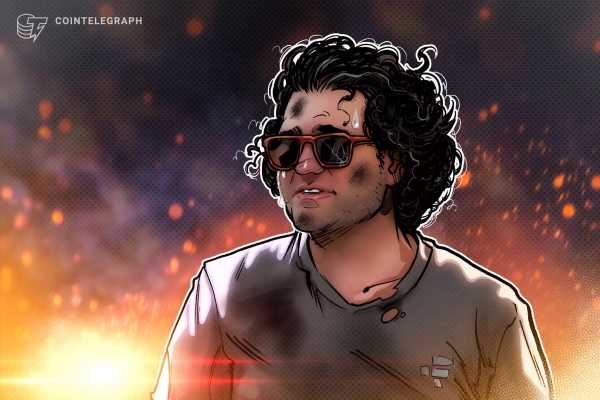 On Dec. 21, Reuters reported that Sam Bankman-Fried, the former CEO of FTX — who is now facing criminal charges that could land him in jail for the rest of his life — may be granted bail in the United States ahead of his trial.

Prosecutor Nicholas Roos reportedly proposed granting bail to Bankman-Fried, often referred to as “SBF,” on the conditions of a $250 million bond, home detention, location monitoring and the surrender of his passport.

On Dec. 22, The New York Times reported that SBF’s bail was approved and he will live with his parents in Palo Alto, California. His parents secured his bail with the equity in their house.

SBF claimed earlier that, after the collapse of the company he founded and his resignation as its CEO, he had only $100,000 in his bank account.

His defense counsel stated that SBF has agreed to the terms offered. SBF was not offered bail when he was arrested in the Bahamas at the behest of U.S. authorities on grounds that he presented a flight risk. He returned to the United States in the custody of the Federal Bureau of Investigation on Dec. 20.

This decision was handed down on the same day that former colleagues Caroline Ellison and Gary Wang pleaded guilty to fraud charges. The two are cooperating with the investigation. Ellison avoided charges that could have seen her sent to prison for 110 years.

Authorities have made no mention yet of the location of former FTX executive Nishad Singh, who formed SBF’s inner circle at the company along with Wang and Ellison.