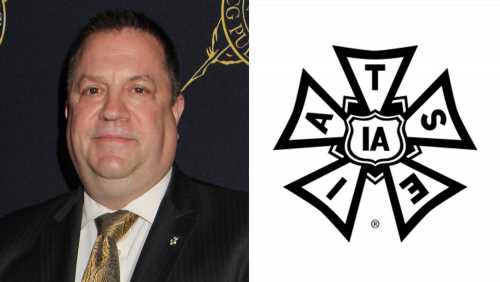 IATSE president Matthew Loeb is urging his members to get out and vote in the upcoming midterm elections and to contribute to the union’s political action committee, which overwhelmingly supports Democratic candidates for federal office.

In the past three presidential races, IATSE has endorsed Joe Biden, Hillary Clinton and Barack Obama. Federal Election Commission records show that Loeb has donated $1,500 to the IATSE PAC, which has raised $340,000 so far in this election cycle.

“We are now faced with yet another of the most consequential elections in our history this November,” Loeb wrote in his latest newsletter. “Those we elect will decide the fate of legislation on reproductive rights in the immediate and impact the course of history in our fight for human rights. In the face of a direct attack on personal freedoms, it’s easy to conclude that voting isn’t enough, and rather that entire institutions need to be rebuilt. That may be, but we know lives will be impacted before that, and to abstain from voting is to forgo one of the few immediate means of protection for ourselves and our kin.

“That is why I ask you to take this fight – and all other fights before working people – to the ballot box this November as we continue to strive for a representative government that reflects our values and acts upon our ideals.

“The IATSE will never stop fighting against the threats facing our members, whether they come from employers, anti-worker politicians, or judges out of touch with the will of the people. And as we watch rights being stripped away, we must stand together. The IATSE is fully committed to defending reproductive healthcare and our fundamental freedoms. I call upon all IATSE Locals and members to join me in the fight to ensure liberty and justice for all.”

“The IATSE, along with every other union and guild across the country, has come under attack. Everywhere from Wisconsin to Washington, DC, anti-worker politicians are trying to silence the voices of American workers by taking away their collective bargaining rights, stripping their healthcare coverage, and doing away with defined pension plans.

“Help support candidates who stand with us! For our collective voice to be heard, IATSE’s members must become more involved in shaping the federal legislative and administrative agenda. Our concerns and interests must be heard and considered by federal lawmakers. But labor unions – like corporations – cannot contribute to the campaigns of candidates for federal office. Most prominent labor organizations have established PAC’s which may make voluntary campaign contributions to federal candidates and seek contributions to the PAC from union members. To give you a voice in Washington, the IATSE has its own PAC, the IATSE Political Action Committee, a federal political action committee designed to support candidates for federal office who promote the interests of working men and women.”