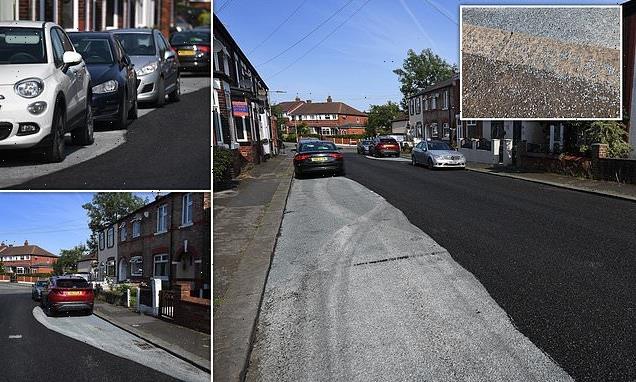 Residents are ‘gobsmacked’ that council workers have resurfaced around the parked cars lying in their street and left part of the road looking like a ‘mess’ full of gravel.

Notices were originally put up by Bury Council telling residents not to park in Brandram Road, Prestwich while the resurfacing work was being carried out.

However, the signs were later removed on Friday after the gravel was placed on the road and so residents thought it would be okay to return to parking their cars right outside their homes.

But workers had not yet finished laying the last layer of road surfacing – a sticky resin called liquid bitumen which goes on top of the gravel to hold it in place.

So with the cars parked, the council employees decided to just add the top layer to where they could, snaking the asphalt coat around the cars, and leaving part of the road looking ‘half done’ and full of rock fragments. 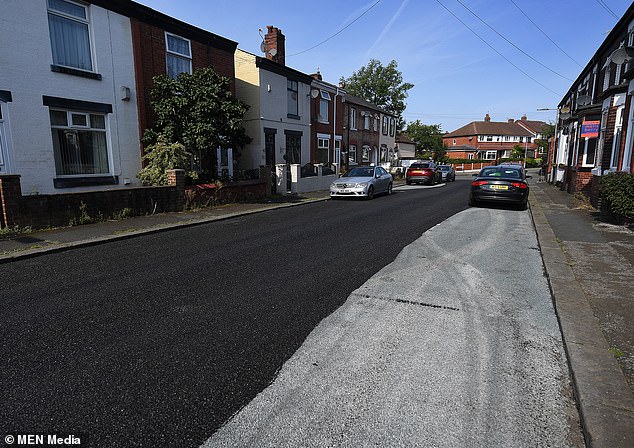 Workers have resurfaced a street around cars in Prestwich leaving residents gobsmacked as this picture shows the road with the final area added in black beside the grey area, not completed 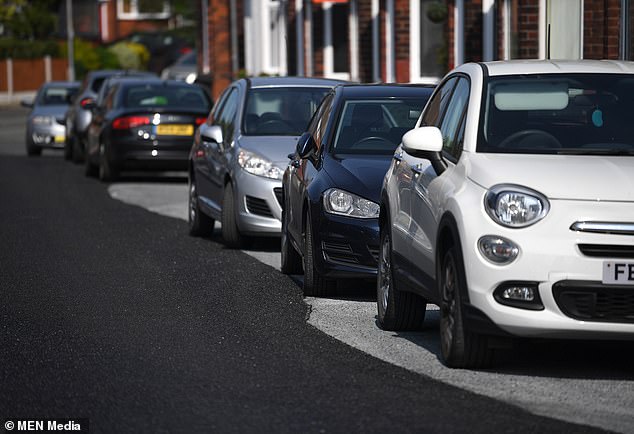 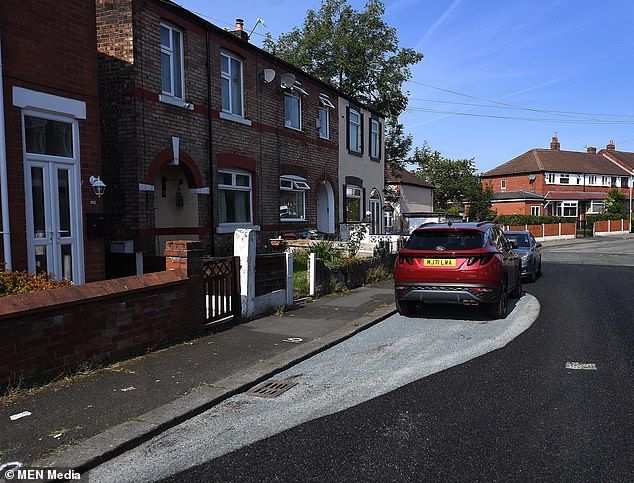 Resident of the road, Alicia McIntosht, said: ‘We left the cars for two days and we went away Friday afternoon.

‘And we came back an hour ago to this. To be fair it doesn’t bother me that much.

‘The most annoying bit is treading the stones into the house. I’ve seen [tarmacking around cars] before around here. If they wanted us to move it we could’ve done that so they could do a proper job.’

Another resident described it as ‘strange’ and ‘half-done’.

‘There were notices on the posts for no parking,’ she said. ‘I think everyone parked with a car did move them.

‘They put the gravel or shail stuff down and then took the notices off so we all thought it was done. Then we came back and they had squirted this stuff on it.

‘If it was all like that it would be great. It’s messy as well [the gravel] because it gets everywhere.

‘It was a surprise because nobody knew this was going to happen. It was in the afternoon that it happened and I was out and I came back to it like that.

‘If they left them notices up people would’ve moved their cars. It is strange, it just looks half done.

‘The bit that is done looks good, if it was all like that it would be great. But it is not.’ 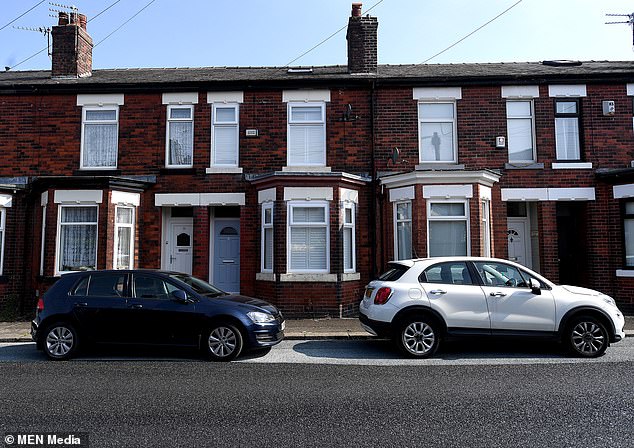 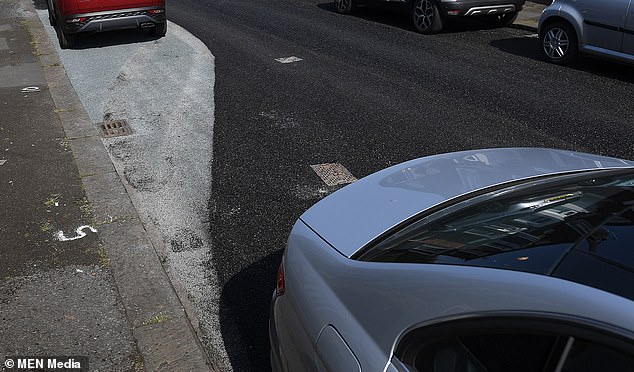 Many of the residents had moved their cars when prompted to do so by Bury Council, but once the notices came down on Friday they brought them back onto the road as they thought the work was finished 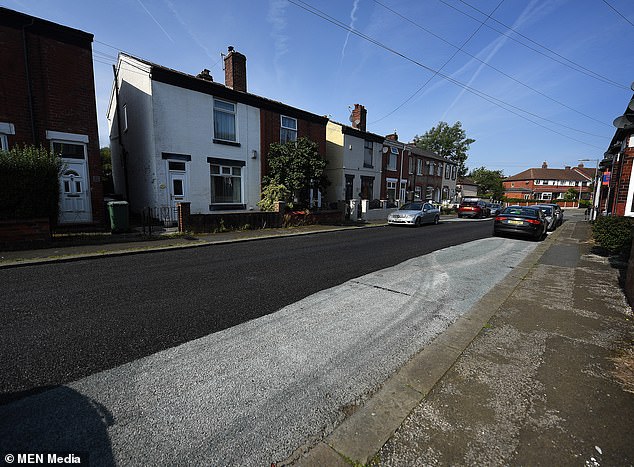 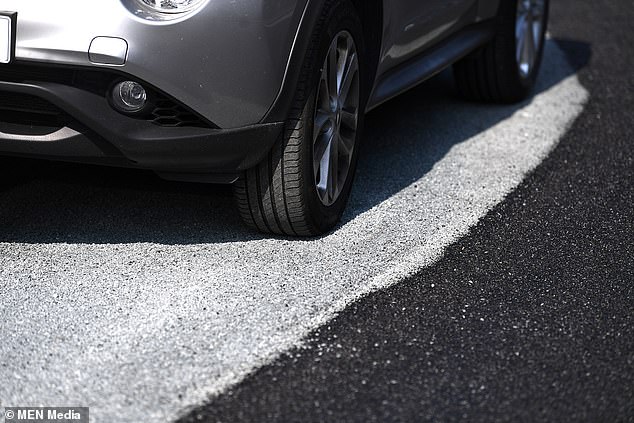 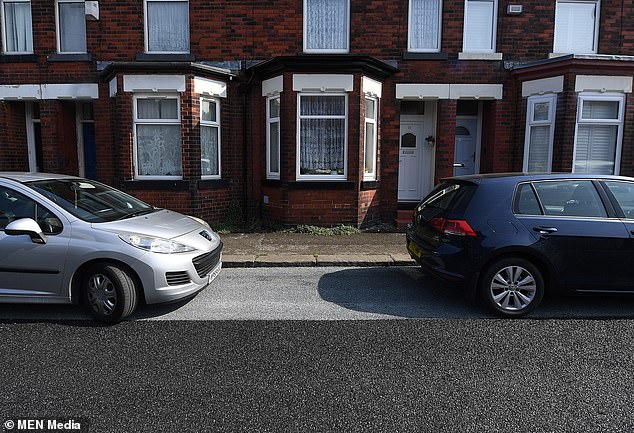 All the residents who spoke to the Manchester Evening News said that the road was in need of repair and the resurfacing treatment was welcomed by the street.

Now they remain hopeful that the workers will return to complete the job as there are other streets in the area undergoing the same treatment.

‘This was an afterthought,’ Stewart Lomas, 74, said. ‘They finished early and they decided to do the last hour here I think.

‘I was away for two hours and I came back to this. I thought I was in the clear because they put the signs down.

‘I was worried about the clippings because it’s a contract car I have, when I saw this coating I saw it got rid of the clippings which is good. I am not complaining about that.

‘I think they are going to come and finish it. I am hoping so. It’s a half done job. Not fit for purpose.

‘If the street was all done it would not look that bad. There are other streets that still need doing.

‘Everyone likes the top coat but we just need it across the whole road. I think they were just filling the time they had here, it was not for cost cutting purposes I don’t think.’