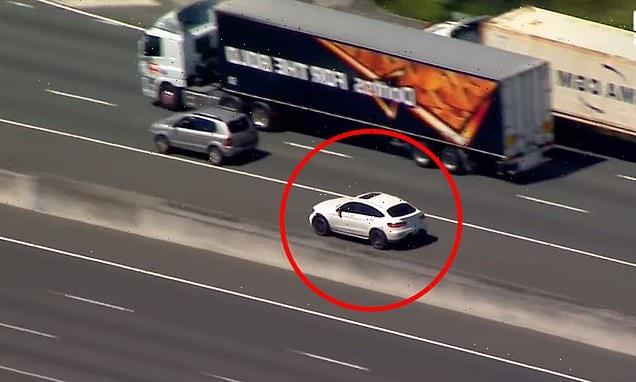 Grand Theft Auto Down Under: Chaotic scenes as police cars chase a stolen Mercedes through the streets of Brisbane – and they STILL haven’t caught the driver

A wild police chase has caused chaos on the streets of Brisbane after a stolen Mercedes Benz tore through the city.

Helicopter footage shows the white luxury car flying down a motorway and residential roads before fleeing into the Redbank Plaza shopping centre carpark, southwest of Brisbane on Tuesday.

The Mercedes was seen speeding past trucks and other vehicles, cutting in front of and illegally overtaking other cars, and veering onto the wrong side of the road.

At one stage the car was seen driving down a footpath.

Queensland Police confirmed two male youths have been taken into custody after the car was intercepted at the shopping centre at about 11.45am. 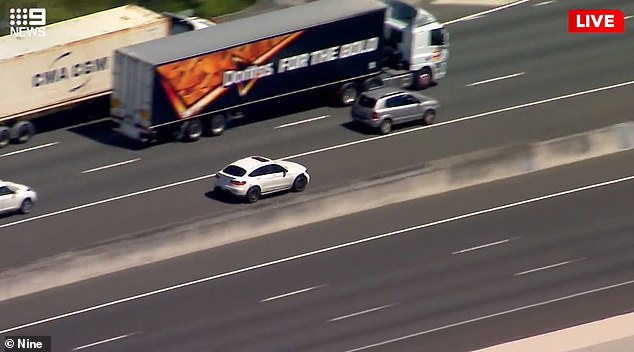 Helicopter footage shows the white luxury car flying down a motorway and residential roads before fleeing into the Redbank Plaza shopping centre, southwest of Brisbane on Tuesday

It’s understood police have been tracking the stolen car for two days with those inside the car livestreaming their antics.

A police vehicle was damaged while trying to stop the Mercedes Benz earlier on Tuesday morning.

‘The vehicle has been linked to several property related offences around the Brisbane and Ipswich areas since it was stolen from a Dinmore address on September 18,’ a police spokesperson said.

No one has been injured and police investigations are continuing.

There are fears more youths who were inside the car are still on the run. 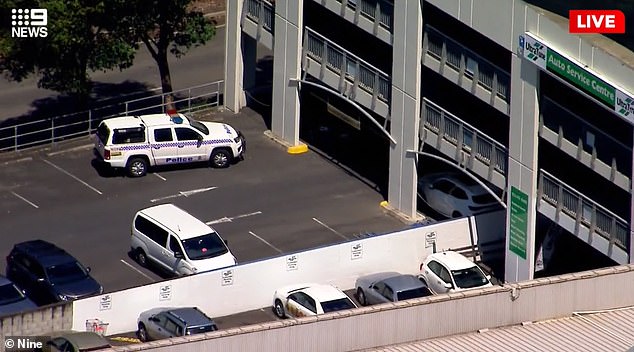