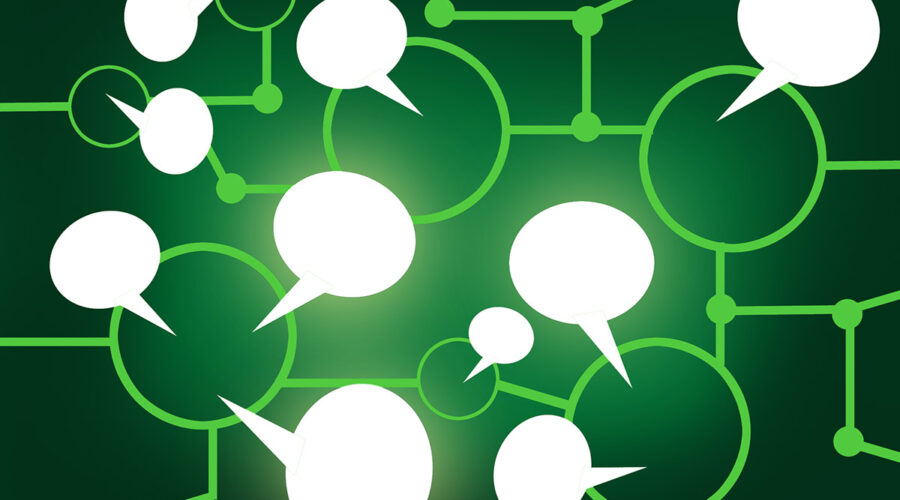 Indian plants — who plan to begin production with 28 nano metre chips — will take two to four years to get off the ground.
By that time, in the fast changing world of chip making, the global market would have shifted to 22 nm.

Companies that have applied for India’s financial incentive scheme to set up facilities to manufacture chips — integrated circuits imprinted on silicon wafers — are divided on the way forward.

The bone of contention is the size of the nodes. Everyone knows small is the future of chip making.

But there are deep schisms over the right size to start with, and how one should progress to smaller, more powerful, more sophisticated, and eventually more profitable chips.

The Vedanta-Foxconn joint venture has said it would begin production with 28 nano metre (nm) chips, focusing on the consumer electronics and mobile devices market.

It will invest $7 billion and earmark 80 per cent of its output for domestic consumption.

Singapore-based IGSS Ventures, too, says it will concentrate, at least initially, on chips of 28 nm to 65 nm for which it already has the technology.

“It is the right way to begin. The foundry market for 28 nm chips would be around $1.14 billion in India, out of the global $8 billion market, by 2025 and has a lifecycle of five to seven years,” says Satya Gupta, former president of the Indian Electronics and Semiconductors Association (IESA).

Gupta’s study shows that 38 per cent of the value of the foundry business in 2025 will still be from chips of 18 nm and above.

Foundries are factories that make chips for third party chip design companies such as Qualcomm.

The other kind of chip making is by companies such as Intel, which are integrated manufacturers that both design as well as manufacture — and sell directly to their clients.

Samsung is the third kind, which does both: make for itself as well as for others.

Intel is now setting up a foundry business as well.

ISMC, a consortium led by Mumbai-based Next Orbit, which has signed a definitive agreement with Israel-based Tower Corporation for technology and which has now been acquired by Intel, has a different view.

“The way to start is to make analogue chips to begin with and then move to digital and then memory, which is called the crawl-walk-run strategy.

“As digital and memory are more capital-intensive and involve complex technology, the best way is to start with analogue, create a semiconductor infrastructure and supply chain through analogue, and then move up,” says Ajay Jalan, founder, Next Orbit.

The lower the nano metre of a digital chip, the more its cutting edge, meaning more processing power while using less electricity and more functionalities.

India’s semiconductor market — chip is the general term for semiconductor component products — is expected to touch $64 billion by 2026 according to IESA, with digital chips of 22 nm or less commanding an overwhelming $40 billion, or more than 60 per cent, of the total market, says ISMC.

The share of chips above 22 nm, it says, will fall to a mere 20 per cent, pretty close to the value share of the analogue chips.

The Indian government’s $10 billion incentive scheme for building the semiconductor industry has pegged the financial subsidy for the project cost of the fab plant based on the chip size.

Eligible players would get only 30 per cent if they manufacture chips above 45nm, 40 per cent for above 28 nm, and 50 per cent for chips of 28 nm or less.

ISMC initially plans to go with more advanced analogue chips of 65 nm and then move down to 45 nm. (Currently 180 nm analogue chips are the most popular.)

In the second phase, it will move to digital chips, starting from 22 nm and going down to 14 nm.

Secondly, an analogue chip plant requires an investment of $3 billion, which is a lot less than the $7-10 billion needed for a 28 nm plant.

Like many in the industry, Jalan does not see a future in digital 28 nm chips, as the Indian plants will take two to four years to get off the ground.

By that time, in the fast changing world of chip making, the global market would have shifted to 22 nm, which is expected to have a lifecycle of four to seven years, followed by the 14 nm chip.

Even Gupta’s estimates show that as much as 50 per cent of the foundry value of sale in India would be accounted for by chips with nodes of 14 nm and below by 2025.

Demand for lower node chips is expected to explode in the country with the imminent launch of 5G telecom services, new use cases emerging from the auto industry as it shifts from internal combustion engines to electric, the growth of Internet of Things, and digitalization in the government and corporate sectors. 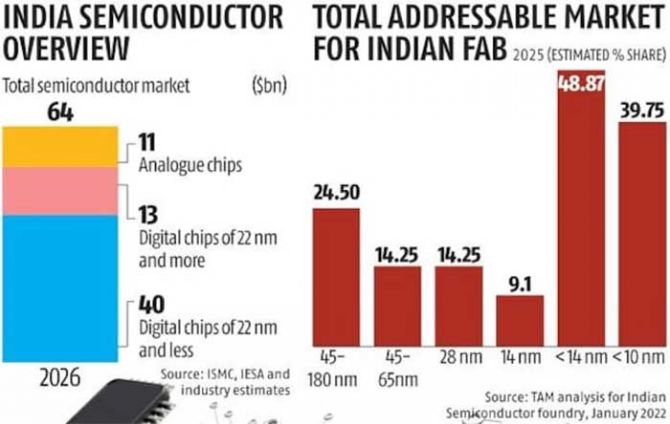 So, why are the applicants not choosing to manufacture chips of lower nodes?

One big challenge is the technology.

The few global companies that have the technology, such as TSMC, Samsung, and Intel, are unlikely to transfer it in the 14 nm and less segment, at least for a while, as they have invested billions of dollars to develop it and would want to recover that cost.

The second challenge is the investment required.

According to Boston Consulting Group, a state-of-the-art fab plant for small nodes can cost upwards of $15 billion, which is about as much as the cost of a nuclear power plant.

The third is that India is not a focus market for global chip makers for setting up small-node chip fab units.

Intel, for instance, has committed investments worth $100 billion to build plants in the United States and Germany, Samsung $205 billion in three years in its existing locations, and TSMC $100 billion to boost its output in Taiwan and the US.

Communications Minister Ashwini Vaishnaw, in an earlier interview with Business Standard, said he expected chips of 28 to 45 nm to have the highest overall demand from users for the next 10 to 15 years.

However, the government plans to ask eligible candidates for a roadmap to make chips of 14 nm and less.

The incentive scheme has the flexibility to support more investment, if needed, for lower nanometer chips.