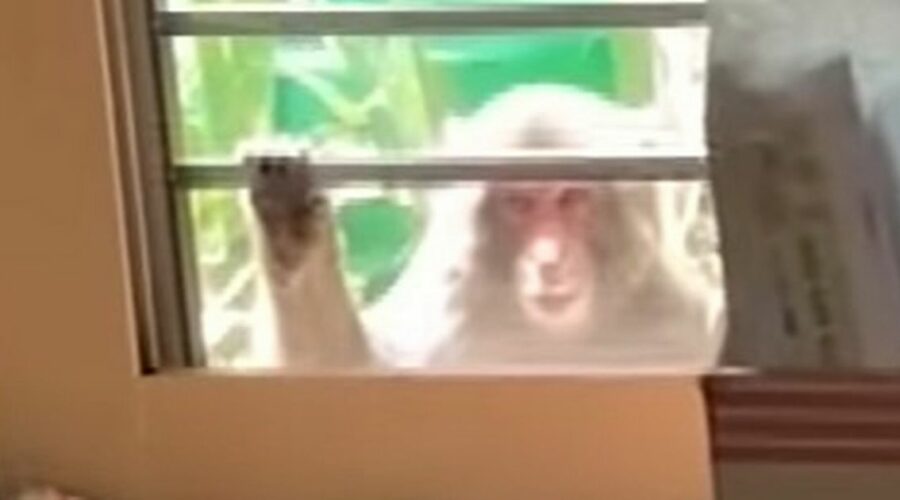 Residents in a neighbourhood in Japan have been left terrified after violent monkeys attacked more than 60 of the town's inhabitants.

A far cry from the usually peaceful image portrayed of Japanese monkeys, the apes have left an average of just under three victims a day with bite wounds and scratch marks.

And the violent beasts weren't even provoked, as many of the attacks happened after the monkeys broke into their victim's homes.

The first attack saw a monkey make its way through a family's screen door and lunge at an 11-month-old baby who was taking a nap, leaving the tot with bite and scratch wounds on its legs.

Other victims have included a woman who was attacked while enjoying an evening on her balcony, suffering injuries to her arms and back, and an elderly woman who was bitten on the feet and hands when a monkey came into her home through her front door.

One man in his 70s was even attacked while he was sleeping, when one of the vengeful monkeys came in through an open window of his house and bit him on the legs.

Many of the attacks involve people leaving their doors and windows open due to the hot climate Japan experiences in the summer.

Some people, particularly of the older generation, have an aversion to keeping air conditioning on for prolonged periods of time, especially while sleeping, making the attacks all the more likely.

Police have been performing monkey patrols and placing traps around the Ogori neighbourhood in Yamaguchi City, but the evil animals haven't seemed interested in the bait – making it unclear what their motive is for attacking unsuspecting people.

One ape was shot on Tuesday (Jul 26) but attacks continued the next day.

Fortunately, it now seems that all the attacks have been carried out by one animal, so it is hoped that once this monkey is brought down, the unprovoked violent bouts will stop.