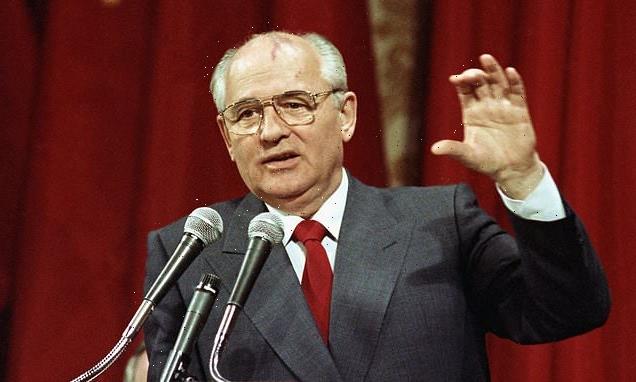 Mikhail Gorbachev dead at 91: Final leader of the Soviet Union allowed ‘glasnost’ free speech, helped end the Cold War and bring down the Iron Curtain – but then saw his own superpower crumble

Mikhail Gorbachev – the last leader of the USSR and the man despised by Vladimir Putin and Russian nationalists for ending the Cold War while failing to prevent the collapse of the Soviet Union – has died at the age of 91, Russian news agencies cited hospital officials as saying.

The Central Clinical Hospital in Moscow said that the former Soviet leader died ‘after a serious and long illness’, according to the Interfax, TASS and RIA Novosti news agencies.

Gorbachev had been suffering from long term kidney problems and was on dialysis – and was confined to a clinic during the pandemic.

The USSR’s last president forged a series of arms reduction deals with the United States and partnerships with Western powers including Britain to remove the Iron Curtain that had divided the European continent since the Second World War – and to bring about the reunification of Germany.

When pro-democracy protests swept across the Soviet bloc nations of communist Eastern Europe in 1989, he largely refrained from using force – unlike previous Kremlin leaders who had sent tanks to crush uprisings in Hungary in 1956 and Czechoslovakia in 1968.

But the protests fuelled aspirations for autonomy in the 15 republics of the Soviet Union, which disintegrated over the next two years in chaotic fashion. Gorbachev struggled in vain to prevent that collapse.

On becoming general secretary of the Soviet Communist Party in 1985, aged just 54, he had set out to revitalise the system by introducing limited political and economic freedoms, but his reforms spun out of control. His policy of ‘glasnost’ – free speech – allowed previously unthinkable criticism of the party and the state, but also emboldened nationalists who began to press for independence in the Baltic republics of Latvia, Lithuania, Estonia and elsewhere.

However, many Russians never forgave Gorbachev for the turbulence that his reforms unleashed, considering the subsequent plunge in their living standards too high a price to pay for democracy – among his critics Russia’s tyrant Putin. 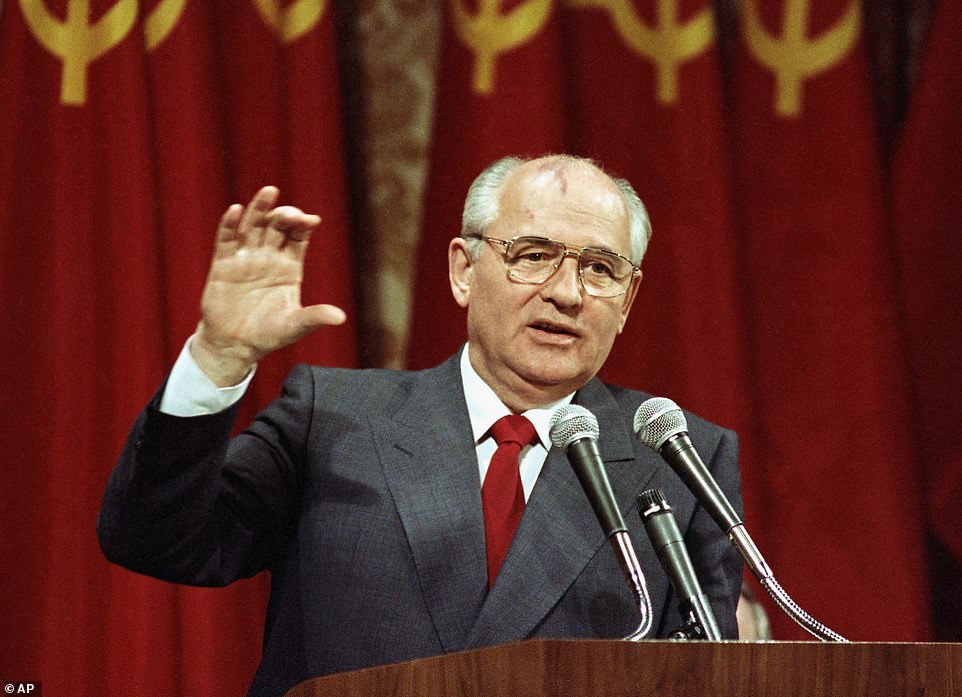 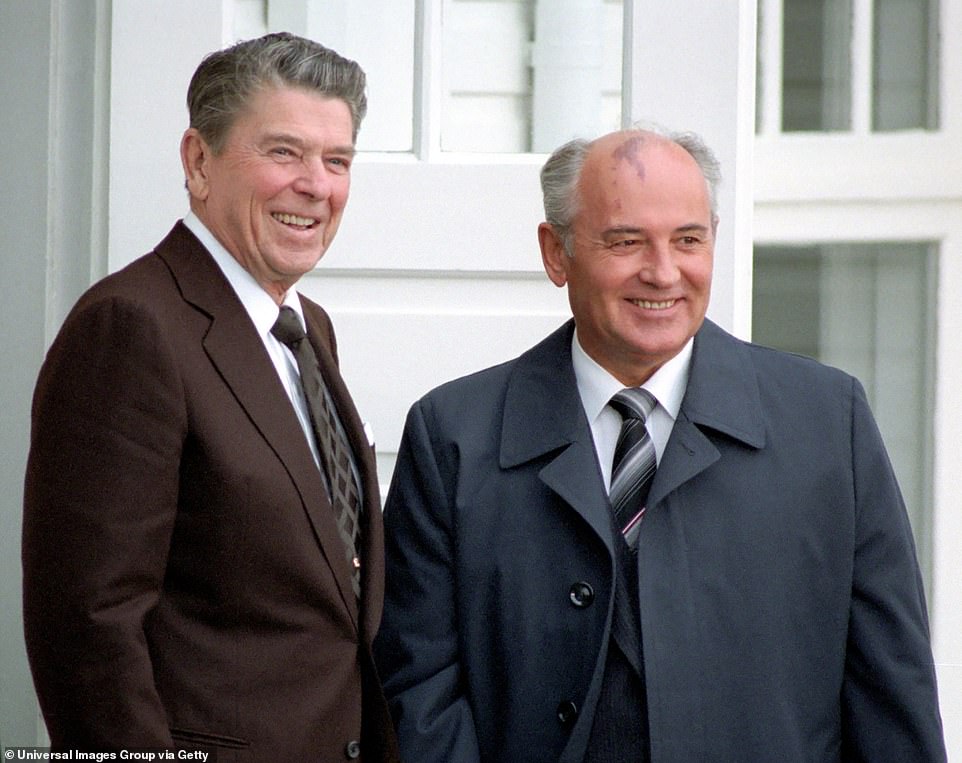 Ronald Reagan and Gorbachev at the historic 1986 summit in Reykjavik, Iceland 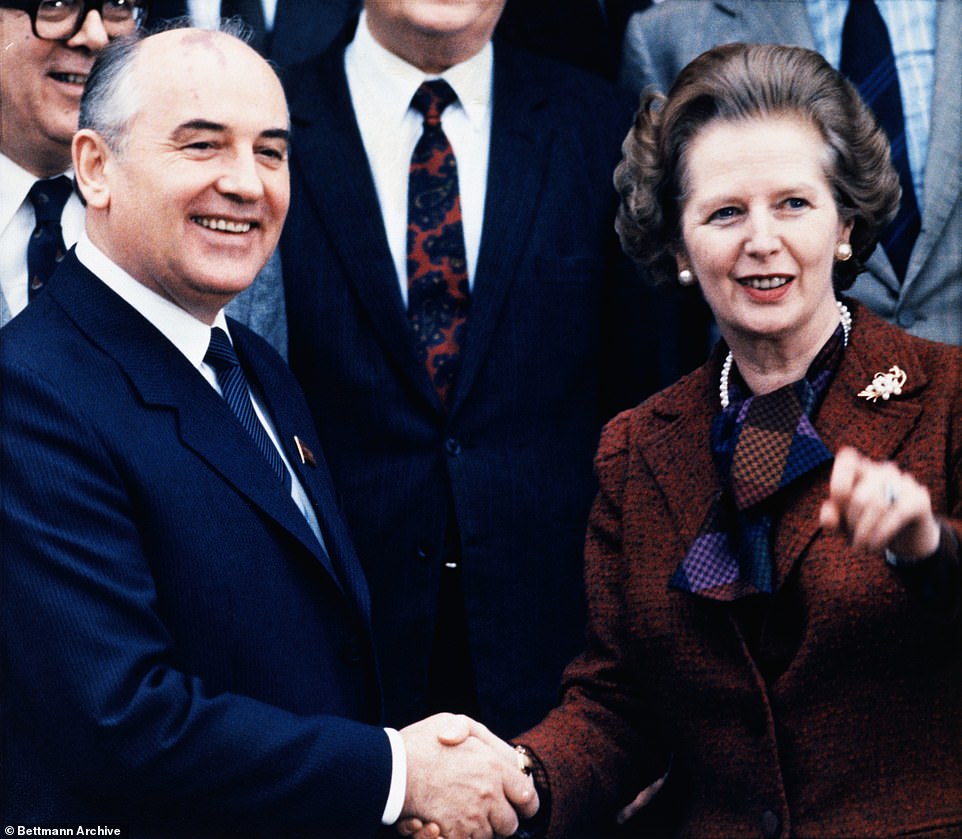 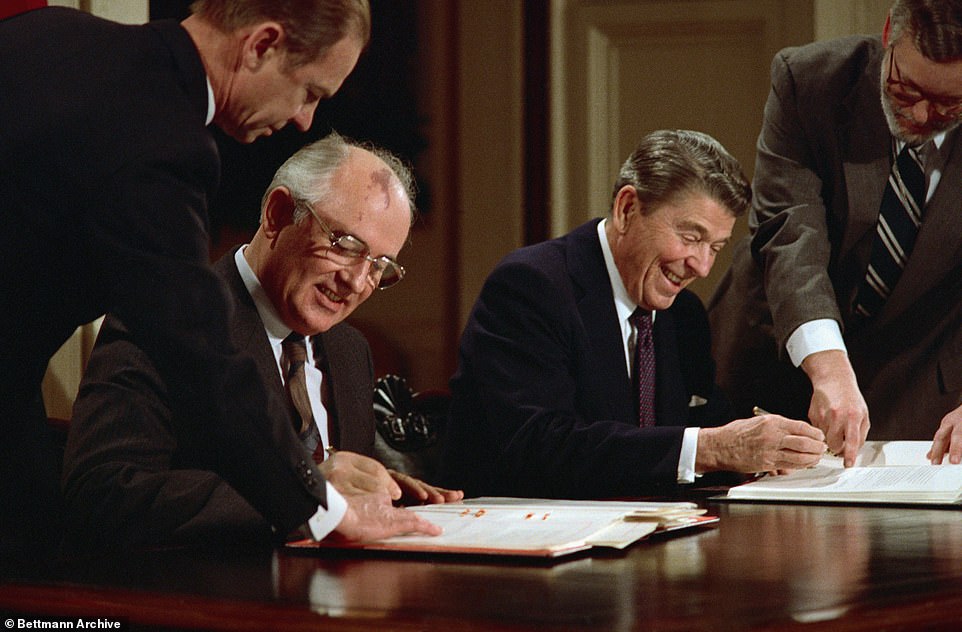 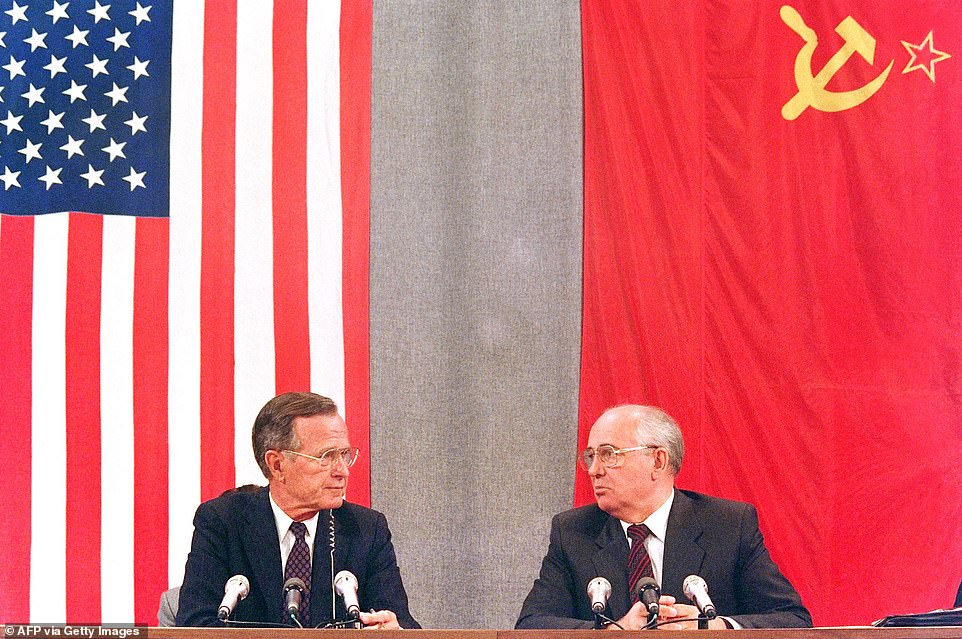 George Bush  and Gorbachev during a press conference in Moscow concluding the two-day US-Soviet Summit dedicated to the disarmament, July 31, 1991 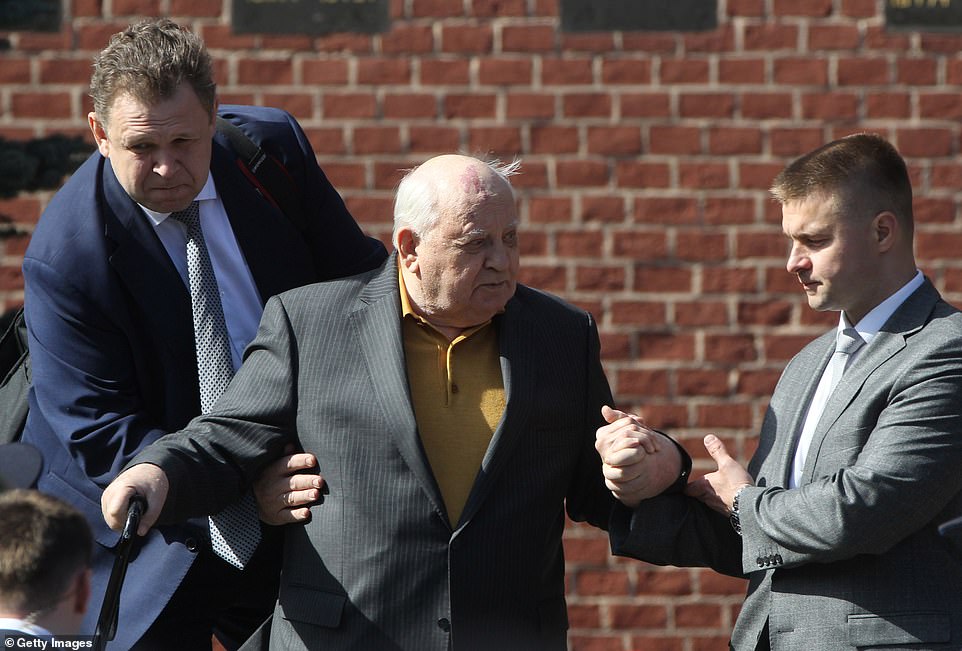 Gorbachev arriving at the Victory Day military parade at Red Square in Moscow on May 9, 2018

After visiting Gorbachev in hospital on June 30, liberal economist Ruslan Grinberg told the armed forces news outlet Zvezda: ‘He gave us all freedom – but we don’t know what to do with it.’

Though Gorbachev helped bring about the end of the Cold War, he remained critical of the US policy of NATO expansion in the years after 1991.

Accusing Washington of growing ‘arrogant and self-confident’ after the collapse of the Soviet Union, he said in December 2021, on the eve of the anniversary of his resignation as the leader of the USSR: ‘How can one count on equal relations with the United States and the West in such a position?’

He noted the ‘triumphant mood in the West, especially in the United States’, after the Soviet Union’s disintegration – and insisted that Moscow and Washington had together pulled the world out of confrontation and the ever present danger of the nuclear arms race.