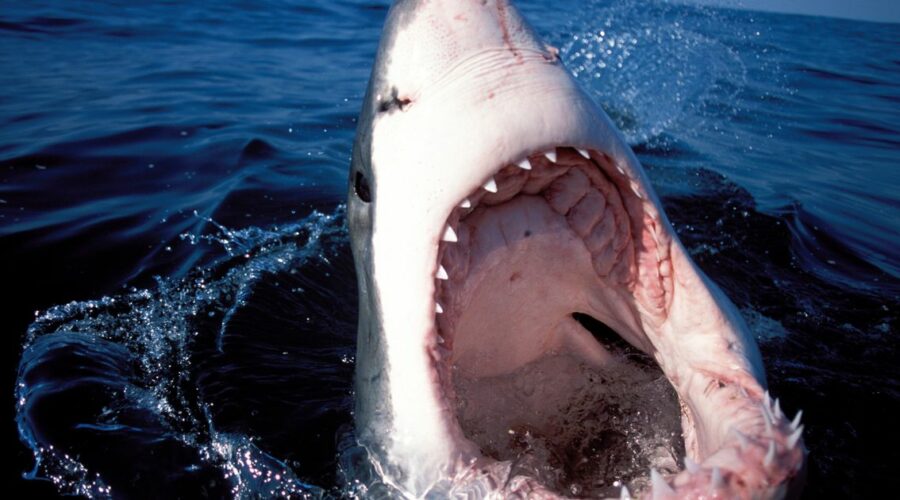 Sharks have claimed the lives of six people this year, with at least 33 more people injured during vicious attacks by the dangerous sea beasts.

Worryingly, 39 attacks have been reported since January, and survivors have been left with horrifying wounds after the giant predators bit off more than they could chew.

The frightful injuries were suffered by victims made up of 26 men and 13 women who endured the terrifying encounters, one victim being an eight-year-old girl.

Brit Simon Nellist tragically died after he was targeted by a great white in Sydney in February.

The damning report comes after two women were mauled to death in Egypt, within just 600 metres of each other.

The double tragedy has sparked authorities to close several beaches on Egypt's Red Sea coast, in a bid to avoid further brutal deaths.

It was reported that the first victim was an Australian woman who announced she was going to swim in the sea just "for a moment", unaware of her deadly fate.

A Romanian woman was pronounced dead after being attacked by a shark just two days later.

According to Egyptian authorities, the separate attacks could have been carried out by the same beast, believed to be a mako shark.

Ahmed Fouad, the director of Red Sea Project, said: "The shortfin mako sharks, in general, are rarely encountered by swimmers or divers due to their oceanic nature and should be treated with respect and caution.

"This individual could have been an injured or hungry shark that was looking for food in this non-typical habitat. Or simply, following illegal fishing activities.

"Sharks get attracted near the shore and in open waters by bait and vibes emitted by other fish when caught."

But the expert highlighted that humans have "never been within the sharks’ diet".

He said the likeliness of being attacked by a shark was "very small" compared to other animal attacks, reports The Sun.

Fouad added: "Changing the natural behaviour of the sharks or rays and the species composition at a site, touching or injuring the animals, or altering their habitat can ultimately damage the resources upon which tourism businesses are based and change sharks behaviour."

According to Tracking Sharks, the US has seen several attacks, with Florida being reported as this year's hotspot – with 11 recorded so far.

Gavin Naylor, director of the Florida Programme for Shark Research, believes that Florida has seen so many incidents because the "beaches attract a lot of tourists".

He said: "Florida has more shark bites than most places because it has a long coastline relative to its surface area and much of this coastline is beach.

"Florida is also sub-tropical and usually has a healthy population of carcharhinid sharks which tend to be between 3-9 ft long.

"When you put it all together with lots of people in water where coastal sharks live, the probability of the sharks mistaking a swimmer's foot or arm for the bait fish they usually feed on increases."