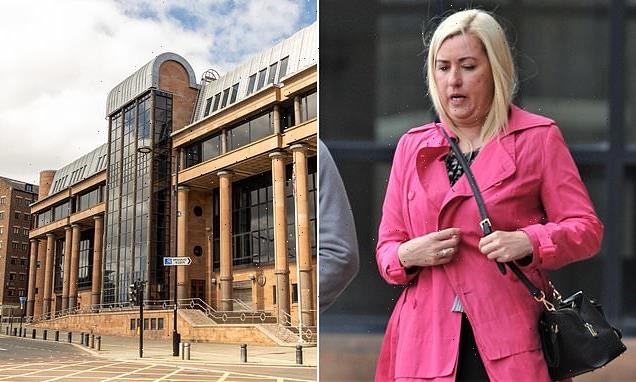 A primary school teacher who gave a ‘frighteningly’ high breath test reading of well over four times the drink-drive limit has been spared jail.

Rebecca Hansell, 33, was spotted by another motorist swerving across the road, bumping a curb and narrowly missing an HGV as she travelled on the A189 near Newcastle Racecourse on March 23.

The witness was so alarmed by Hansell’s dangerous driving, she took down her registration details and rang the police.

Officers later turned up at Hansell’s address and requested she did a roadside breath test, which she failed with a staggering reading of 164mcg of alcohol in 100ml of breath – when the legal limit is just 35mcg.

Hansell, of Gosforth, Tyne and Wear, initially appeared at Newcastle Magistrates’ Court to plead not guilty to driving with excess alcohol but later returned to the same court to change her plea. 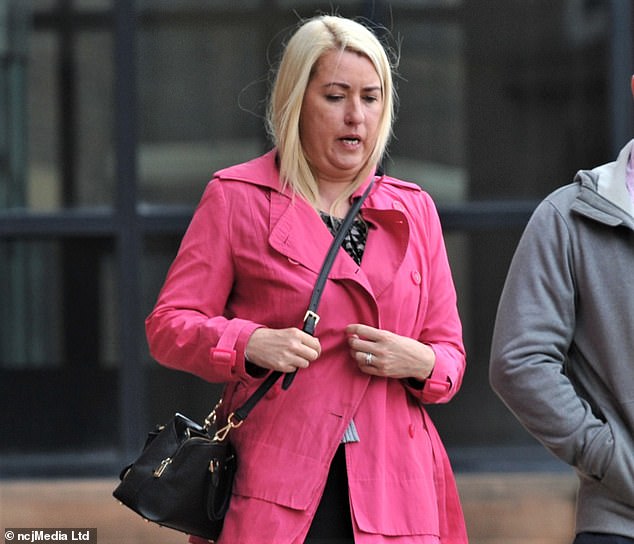 Rebecca Hansell, 33, was handed a 12-week prison sentence suspended for 18 months, after she admitted drink driving on the A189 near Newcastle Racecourse on March 23

Giving her a 12-week prison sentence suspended for 18 months, District Judge Paul Currer said: ‘You could have been responsible for another family’s experience of bad news as a result of a collision or loss of life. It’s an exceptionally serious offence.

‘The reading is an extremely high one – it’s frighteningly high. I’m staggered you were able to control the vehicle at all.

‘You left your place of work and started drinking in the car and then went to the shop to buy some more alcohol and continued drinking. It’s clear to me that the custody threshold has been passed.’

The court heard that Hansell got behind the wheel of her Kia Sportage at lunchtime. She was spotted by a motorist travelling from the A189 towards Sandy Lane, who noted her erratic driving.

Gurjot Kaur, prosecuting, said: ‘The defendant’s car went across two lanes cutting [the witness] off. Her car then bumped a curb before cutting back into the middle lane. The witness was behind the defendant’s vehicle and it was snaking over the road, drifting from left to right.

‘At one point, an HGV was coming in the opposite direction and the witness thought there would be a collision because of the defendant’s lack of control.’

Miss Kaur said the witness watched as Hansell braked hard at some red lights before losing sight of her and phoning the police. Officers took a note of the registration details and soon showed up at Hansell’s house, where she was unsteady on her feet and leaning on the front door frame.

Jack Lovell, defending, said Hansell, who has no past convictions, had been struggling with the news that her young nephew had been diagnosed with cancer and had turned to alcohol to cope. 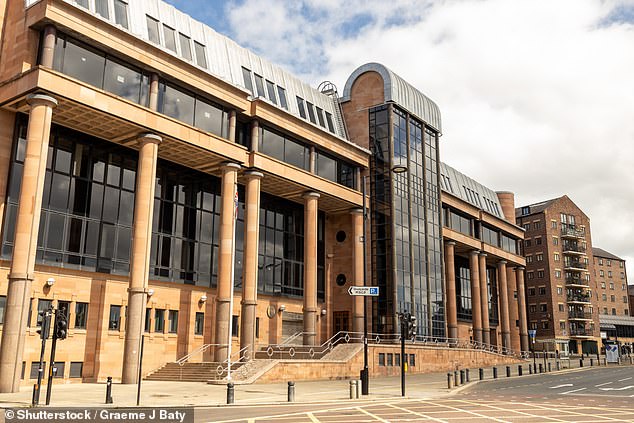 He added: ‘She had drunk alcohol the night before as it all got too much for her. She’s gone to work the next day but left at lunchtime with the school’s permission.

‘She sat in her car and drank alcohol then stopped at a shop to buy some more. She’s quite shocked herself how she has been able to drive with such a high reading. She can only think she was topping up from the night before.’

As well as the suspended sentence, Hansell was also ordered to do 200 hours of unpaid work and must pay £85 costs and a £28 victim surcharge.