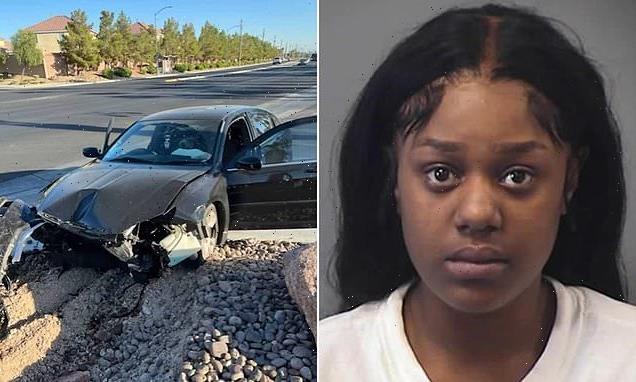 A three-month old baby girl died after hitting the windshield when her mother veered into a road sign in a suspected DUI crash in Las Vegas.

The victim, identified as Inaya Alston, was unrestrained in the front car seat at the time of the crash on Sunday August 28, but she did not die from her injuries until August 31.

The crash occurred just before 6:30am at Camino Al Norte and Edna Crane Avenue, according to court documents, when Kazjah Dillon, 24, smashed her car into the ‘Las Palmares’ neighborhood sign at Edna Crane.

A one-year-old child also in the car, who was also not fastened in, is thought to have been seriously injured.

A preliminary police investigation indicated that a 2012 Chrysler 200 traveling north failed to maintain a travel lane, leaving the roadway and striking the sign.

Police said Dillon then fled the scene with her two injured children, although they were eventually tracked down. 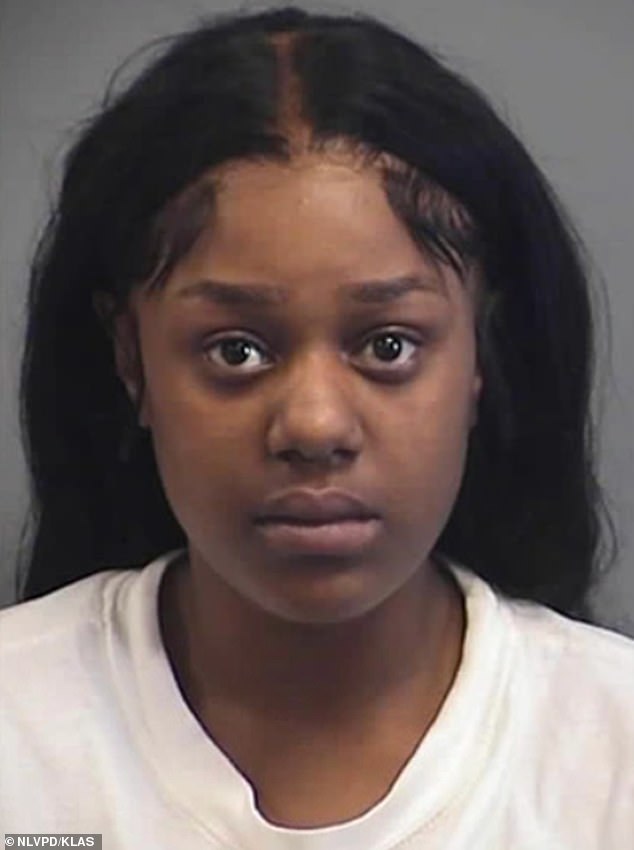 Kazjah Dillon, 24, (pictured) faces multiple charges after a suspected DUI crash, in which her two baby children were not fastened in, resulted in the death of a three-month-old baby 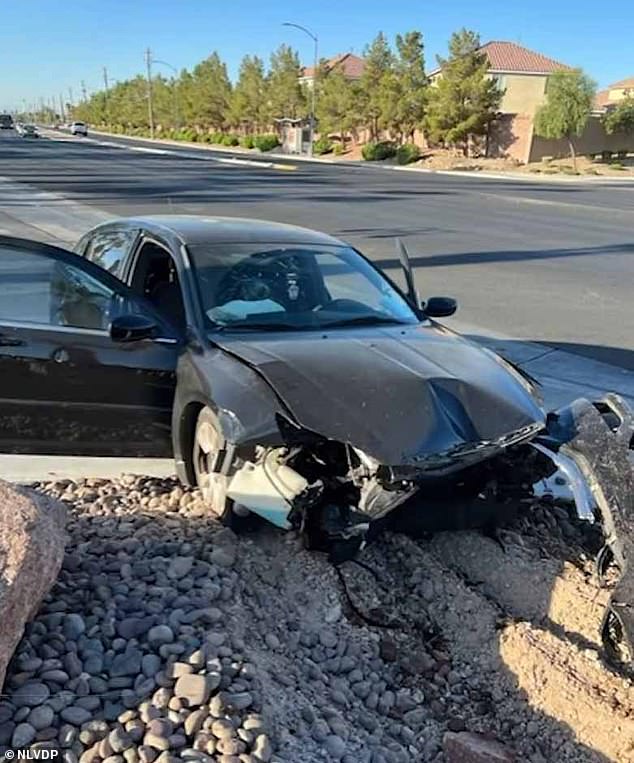 The crash (pictured) occurred just before 6:30am at Camino Al Norte and Edna Crane Avenue, according to court documents, when Kazjah Dillon, 24, smashed her car into the ‘Las Palmares’ neighborhood sign at Edna Crane

The mother and children were taken to to UMC Trauma, where the babies were treated with critical injuries. Dillon had non-life threatening injuries.

Yesterday, police confirmed that the youngest child, Inaya, had died of her injuries.

Dillon, from North Las Vegas, is facing a litany of charges, including  felony DUI, child abuse or neglect, failure to stay at the scene, failure to decrease speed or use due care, failure to maintain a lane, driving without a license, no proof of insurance, and failure to wear a safety belt.

The mother told police that she had done a short or two of Hennessey near midnight before she had gone to pick up her children.

She said she had been working double shifts and she thinks she fell asleep as she drove, according to her arrest report.

The arresting police said that she smelled of alcohol.

It is not clear if Dillon has been charged for the death of her daughter Inaya.