Golda Shulkes will never forget watching a taxi driver carry her husband Gary – who was wailing in pain – from the kitchen of their Caulfield home to his cab in the middle of the night.

It was just before 4am on May 29, and 75-year-old Golda had been on the phone for an hour begging for an ambulance as her husband became weaker and more ill. “They said they were coming, but nobody came,” she said. 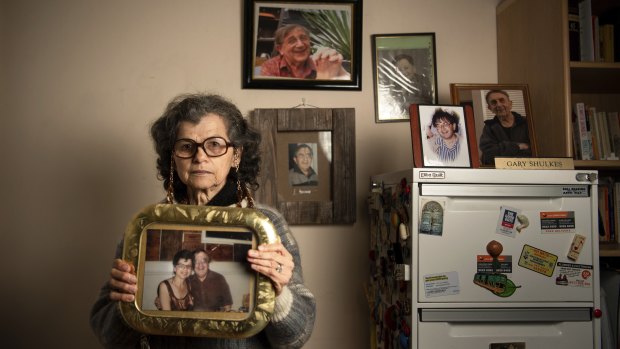 By 5pm the following day, Gary – the love of Golda’s life and husband of 50 years – was dead.

Shulkes is one of the grieving family members whose loved ones died during Victoria’s triple zero crisis. She spoke out on Father’s Day after the sudden release on Saturday of a damning report into the state’s emergency call system which found 33 people had died among 40 “potential adverse events” between July 1, 2020, and May 31, 2022.

Golda recalls the kind taxi driver driving her and Gary two kilometres from their home to Cabrini Hospital in Malvern where Gary was immediately rushed to a ward. He had been living with kidney disease and had recently withdrawn from dialysis. He was also suffering vascular dementia.

“He was in a lot of pain [that night]. He was very, very bad. The doctors said he needed treatment ASAP,” said Golda.

She believes if her husband had been attended to by paramedics sooner he would have avoided a great deal of pain and distress in his final hours. Earlier attention might even have saved his life, she thinks.

Valerie Fitzell, 83, lit a candle on Sunday to commemorate her son Allan who died on January 5 this year aged 52 from a heart attack he had while in the shower. Allan was living with his family in a caravan park in Geelong. About 32 minutes passed between the family’s first attempt to call triple zero and when an ambulance arrived. Meanwhile, Allan was unconscious in a cabin bathroom. 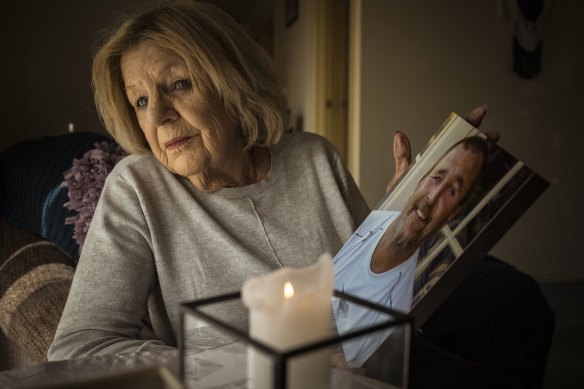 83-year-old Valerie Fitzell grieves the loss of her son Allan who died at age 52 in May. Credit:Chris Hopkins

“His partner couldn’t get through to the call-takers, she was trying over and over. In the meantime they had to pull the door off the bathroom, his 18-year-old son was trying to do CPR,” said Valerie.

“The girl that she was talking to kept apologising saying ‘I can’t get through [to ambulance dispatch], I’ve tried, I’m sorry’.”

A letter seen by The Age from Ambulance Victoria to the family states that an initial call was received by Telstra at 6.20pm and the delay being transferred to ESTA was 6 minutes and 56 seconds. The letter states an ambulance arrived on scene at 6.38pm.

But the Fitzell family said they also tried calling triple zero a number of times unsuccessfully before the final connection, meaning the delay was longer than the 18-minute window Ambulance Victoria described.

Two fire trucks and an ambulance eventually arrived and raced Allan to Geelong Hospital where he was stabilised. But within hours, Valerie got the call to come from her home in Melbourne to Geelong.

“They said, ‘he hasn’t got long to live’. I went down there and I sat with him for about three or four hours and he passed away,” she said. Valerie’s family were told by doctors weeks later that Allan could have been saved had helped reached him sooner.

“It was so sad. I asked them why did this happen and the doctor said ‘because he was left too long without oxygen’,” she said.

Although the ESTA report does not detail individual cases, both Gary Shulkes and Allan Sitzell died within the time frame under scrutiny for the report.

Golda and Valerie said they were distraught and furious at the state government over the deaths of their loved ones and others detailed in the report.

“There’s too many of us,” said Valerie. “I hope [Premier] Dan Andrews had a good day with his children for Father’s Day.”

She said Allan’s sons and wife were planning to buy a pot of beer to sit at an empty seat at the table at the pub on Sunday night to remember him on their first Father’s Day without him.

“He was such a funny bugger. He was kind, he wouldn’t hurt a fly. He’d make anybody laugh with the things he would do,” she said. “He liked to dance and sing – a really happy fella.”

Golda and her two adult daughters were also grieving on Sunday. The widow said the state of the health system was a “disgrace” and that sick Victorians needed to know they could call an ambulance and get a response.

Deputy Premier Jacinta Allan on Sunday defended Daniel Andrews’ absence in addressing the report and said it was “standard” for the relevant minister to address matters.

Allan said Victoria’s paramedics, nurses and triple-zero call takers had been “working under unprecedented pressure” and said “the ESTA of today is not the ESTA of six months ago”.

Opposition Leader Matthew Guy said the families of the 33 Victorians who have died “deserve an answer” from the premier.

“The whole system may need to be overhauled. Do whatever is required to fix the crisis in our health service from answering ambulance calls to getting a bed in ED.”

04/09/2022 World News Comments Off on ‘There’s too many of us’: families respond to ESTA report
Markets