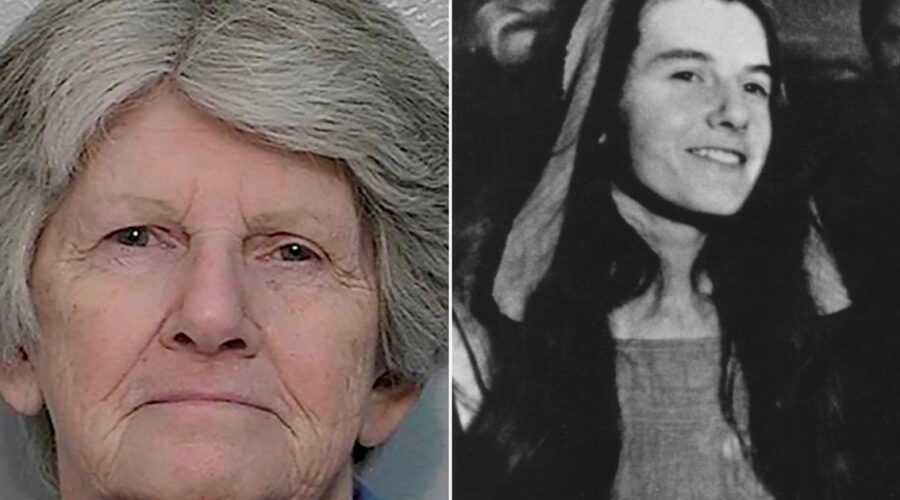 A Charles Manson follower and one of the members of his cult responsible for murdering Sharon Tate and six others has been granted parole.

Patricia Krenwinkel was sentenced to death in March 1971 but had her sentence commuted to life in prison when California did away with the death penalty the year after.

Over 51 years later she is still in jail, and while she could technically be free soon, it is extremely unlikely because, as other Manson family members have found out, no state governor wants to be the one to release part of the infamous clan.

And with her potential release would come all the gory details of Krenwinkel's actions, like the fact that she scrawled 'Helter Skelter' on the wall in the blood of one of her victims.

The unassuming-looking 74-year-old was previously denied parole 14 times, last in 2017, for the slayings of pregnant actor Sharon Tate and four other people in 1969.

She helped kill grocer Leno LaBianca and his wife Rosemary the next night in what prosecutors say was an attempt by Manson, who died in prison in 2017, to start a race war, CBS reported in May.

Krenwinkel, who became eligible for parole in 1978, will now take on Governor Gavin Newsome, who is in charge of parole board decisions – and who is unlikely to let her walk.

"The prospect of freeing Krenwinkel will no doubt cause folks from around the world to express outrage," reported Suggest in the US, adding that the movie Once Upon a Time in Hollywood would have refreshed people's memories of the horror crimes of the Manson Family.

Manson Family members have been granted parole before, but every single time the governor has quashed it, the title added.

Governor Newsome has until October 23 to make his decision.