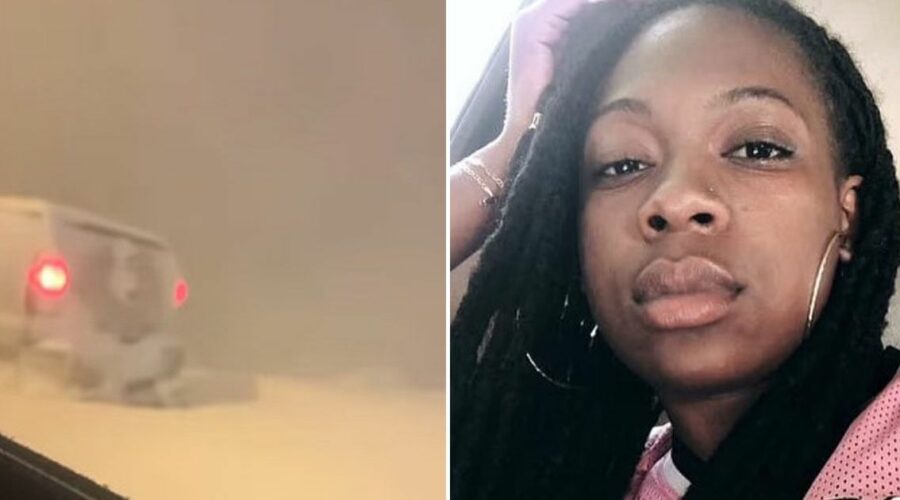 A woman who perished in a massive storm battering the USA sent video footage to her family shortly before she froze to death.

Anndel Taylor, 22, is one of more than 50 people thought to have died in the brutally cold weather and sent a terrifying video to loved ones around 18 hours before her body was finally reached by rescue services.

Her family believe that she had been waiting for around three-quarters of a day in her car before her body was found on Christmas Eve, the New York Post reports.

Ms Taylor, who had moved back to Buffalo from Charlotte, North Carolina, last year to care for her dad, is understood to have got stuck in her car in the snow and had called for the help of emergency services.

She shared the last clip shortly before midnight on December 24 in a clip showing a van that was also stuck in the snow and ice.

Speaking on a group chat, she told her sisters she had planned to try and sleep in the stranded car and, if help didn’t arrive first, would try and walk to somewhere safe when she woke up.

Her mother believes that she passed away from carbon monoxide poisoning.

Shawnequa Brown, her sister, told WSOC-TV: “She was telling my sister that she was scared.” Speaking to the same outlet, Anndel’s mother Wanda Brown Steele said: “She called 911 and she was waiting for them.”

“Everybody that tried to get to her got stuck,” added Tomeshia Brown, another sister of Anndel.

“Fire department, police, everybody got stuck”.

Her mum told the same station that her car was eventually found: “That’s when they busted open the window and seen that she was in there”.

She added: “The car was running, and the snow was still coming, so it blocked the pipes, the exhaust pipe.

“Then after the car cut off, that’s when she iced up.”

Her family said she still had presents under the tree.