Female PE teacher, 28, who was accused of having sex with pupil, 18, after school prom posts videos from new life as yoga teacher in Dubai telling viewers they can have a ‘clean slate’

A former PE teacher who was accused of having sex with a pupil at prom has returned to social media to post videos doing yoga and assuring viewers they can have a ‘clean slate’.

Melissa Tweedie was struck off the teaching register by The General Teaching Council for Scotland (GTCS) in February following an investigation into her behaviour with a teen pupil.

The 28-year-old was alleged to have slept with the 18-year-old after the school leavers night at SWG3 in Glasgow in June 2017.

She strongly denied having sex with the pupil but was found to have acted in an inappropriate manner.

The former teacher at Gleniffer High School in Paisley, Renfrewshire, moved to Dubai following the allegations and later locked her social media accounts down during the hearing.

However, months after being struck off, Tweedie returned to social media to post meditation and online classes on YouTube after changing her career to become a yoga teacher in Dubai. 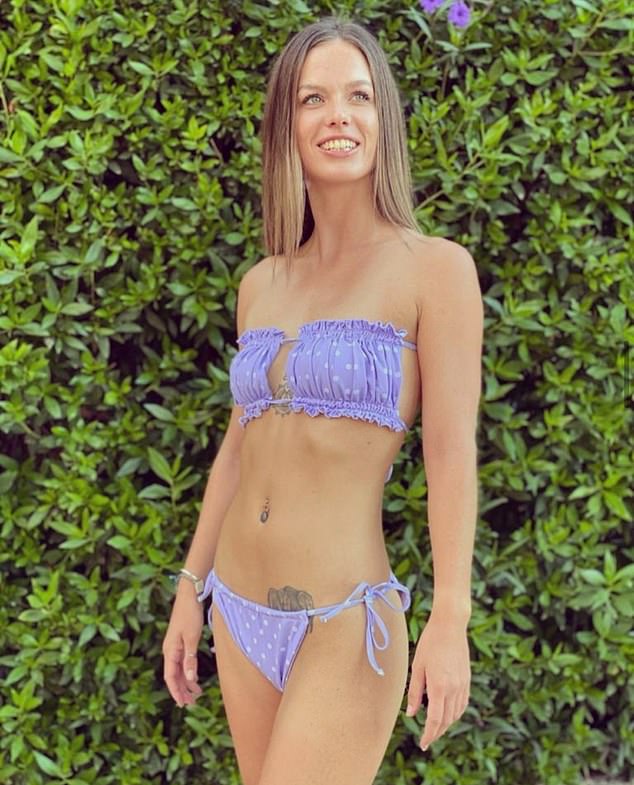 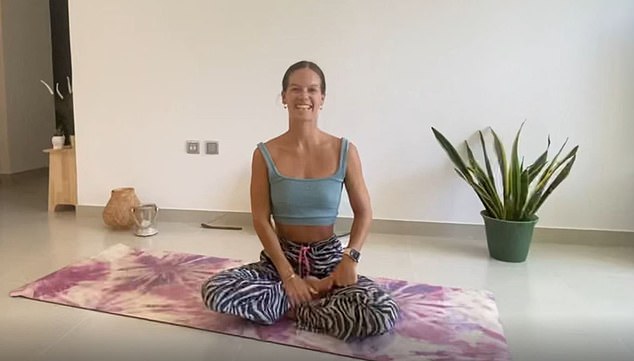 In a series of videos, posted in May, the shamed Miss Tweedie (pictured above) can be heard addressing her viewers as she moves around into various yoga and meditation positions

In a series of videos, posted in May, the shamed Miss Tweedie can be heard addressing her viewers as she moves around into various yoga and meditation positions.

She says: ‘Hello, welcome back to day two and another good morning and fresh day ahead of you.

‘If today or yesterday wasn’t your day then just think today you have this clean slate up in front of you.

‘Yesterday is behind you, there is another bright day ahead of you.’

Miss Tweedie studied for more than 200 hours in Dubai to become a qualified instructor in Vinyasa Flow and Hatha flow yoga.

At one stage Miss Tweedie’s Alexa begins speaking and the former teacher has to interject. 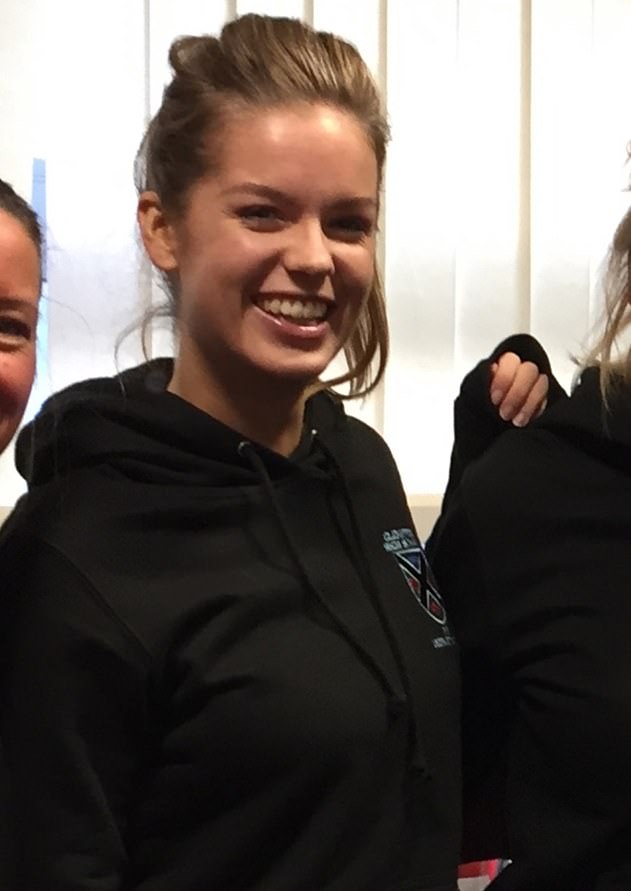 She says: ‘Alexa, pause. I am intrigued to what she just said though, all I heard was hormones.

‘Bring your hands back to your heart and close your eyes. I just want you to feel. Feel and connect your heartbeat.

‘The rhythm of your heart.

‘Where else can we feel this pulse throughout the body?

‘Feeling yourself, have gratitude for this healthy, healthy heartbeat. A healthy body I hope.

‘Feeling grateful for this high hat your breath can give you. Say it out loud with me, I am joy.

‘Have a fab day lots of love, see you soon.’

Ending each video the former PE teacher tells the viewers that she loves them before blowing a kiss towards the camera. 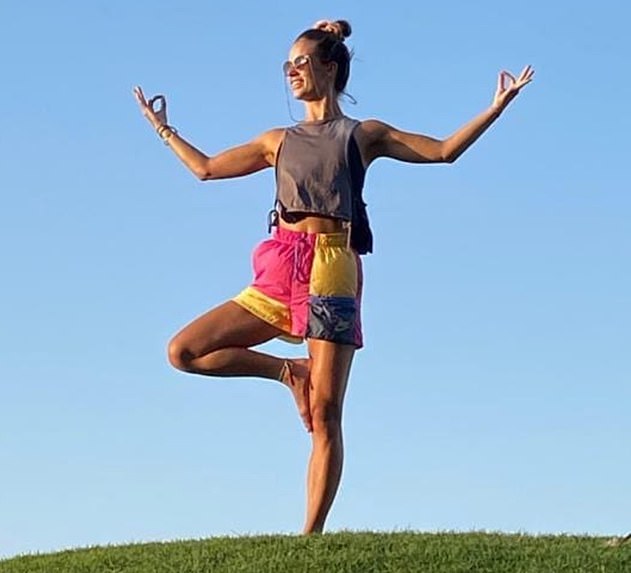 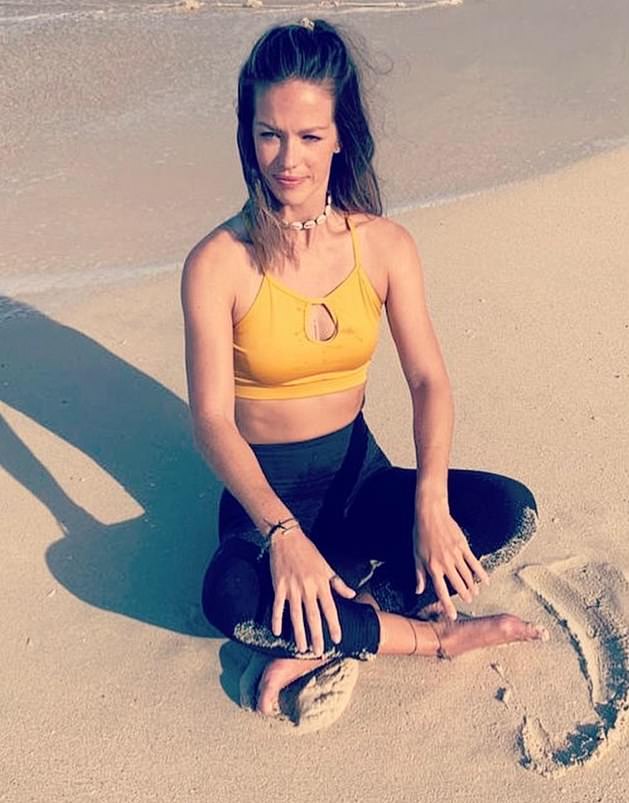 Melissa Tweedie, 27, has built a new life for herself among ex-pats in Dubai since losing her job

Tweedie was spotted dancing inappropriately with pupils and drinking shots with them at the bar during the school prom in 2017.

She was then spotted on a bed with an 18-year-old pupil who claimed the pair had sex after he drank wine, gin, shots and beer.

The hearing was told that her headteacher David Nicholls was called at 1.45am by an ‘alarmed’ teenager who claimed to have spotted her with Pupil A at the hotel.

Mr Nicholls, who has since retired, drove to the Premier Inn, but was only allowed into the foyer where he called Miss Tweedie.

He said he finally managed to reach her on her mobile phone, but she told him that she was at home.

She later admitted to investigators that she woke up in bed with the pupil but denied having sex with him and suggested her drink may have been spiked.

Miss Tweedie also made claims that she only went to the hotel because she was concerned about pupils taking drugs after seeing a bag of cocaine.

However, she later admitted to investigators that she woke up in bed with the pupil and claimed that she may have been spiked.

A General Teaching Council of Scotland panel ruled that the pupil’s claim that he had sex with her was not proven by the evidence presented.

But the panel accepted that she had kissed the boy, known only as Pupil A, and had been alone on a bed with him.

She was issued with a removal order after the panel found her conduct fell significantly short of the standard expected of a registered teacher.

Police Scotland were alerted to the incident at the time and found that no criminality had taken place.