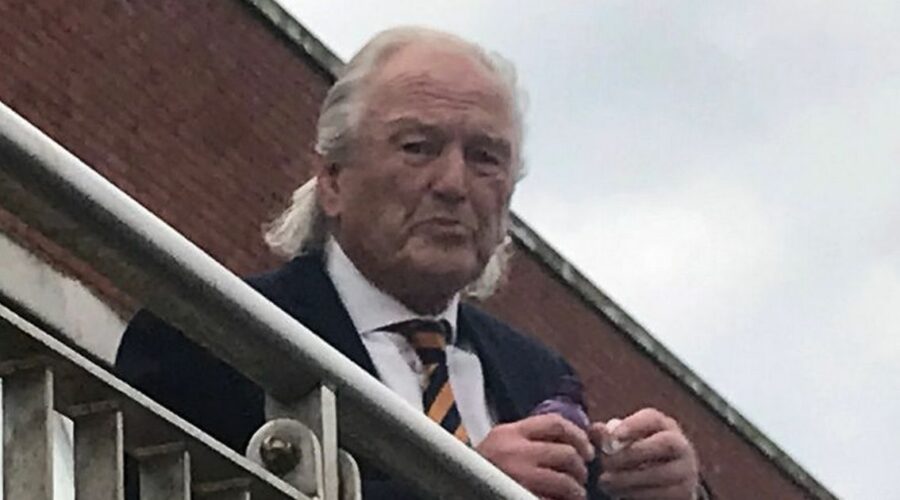 A former manager of the Stone Roses has been found guilty of harassing his neighbours.

Gareth Evans, 76 from Trearddur Bay in Wales, was given a community protection notice in 2021, designed to protect his neighbours Joaquin and Bella Plana-Oliveira and prohibit him from causing anti-social behaviour.

However, Caernarfon Magistrates' Court heard how he spied in their bins, sprayed their home with a hose and took photos of their possessions on an iPad.

Today (September 2) the court found that Evans breached the conditions of the order four times, and cleared him of a fifth breach allegation, reports NorthWalesLive.

Mrs Plana-Oliveira said she saw Evans open their bin at 4.45am one day, spray their front door with water from a hosepipe, and point his iPad at their boat, hot tub and picnic table as if he were taking photos of them.

She added: "I also look after my dad. I sometimes work till 7pm. I come home to a place where I should be relaxed and switch off and that's not possible. It would be such an idyllic spot where we live if we did not have to put up with this.

"It's like living on eggshells. I'm concerned about my husband."

Mr Plana-Oliveira said Evans had shone headlights into his home and revved his Toyota car engine.

Evans' barrister Alexa Carrier accused Mrs Plana-Oliveira of taking a "high" number of videos and photos of Evans, and of actually harassing him.

She had taken 31 photos and 10 videos, and denied those accusations. The bench ruled her evidence was more "credible and consistent".

Prosecutor Ceri Nash insisted that the "catalogue of incidents" amounted to the harassment of Mrs Plana-Oliveira.

Ms Nash said: "They may seem minor or trivial to the impartial onlooker but day to day they caused annoyance and distress to the complainant. It was a snowball effect."

Under cross examination, she put it to Evans that his neighbours annoyed him.

But he denied he was that type of person, saying: "When you have 240,000 people at concerts, 60,000 a night, when people are swearing at you and threatening you, you can't get annoyed."

He told Evans in the dock: "We find the incidents put together are oppressive and do sustain criminal liability. Therefore we find you guilty."

He ought to have known his conduct amounted to harassment, Gomer added.

Evans had said he opened the bin to check if a plant pot awarded to his late son after a 100m race had been put inside. But the magistrate said opening a bin at 4.45am would have caused annoyance if not distress.

The case was adjourned for a probation report to be prepared before a sentencing hearing later this month.