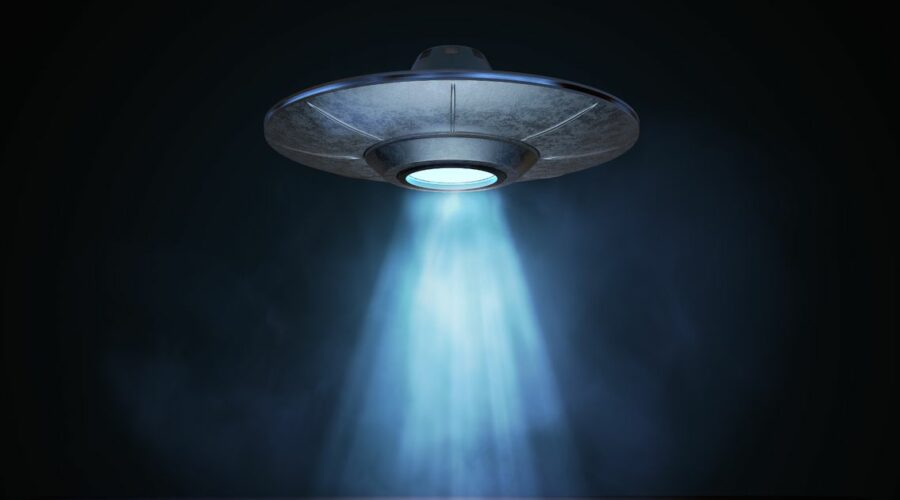 For out-of-this-world news, sign up for the Spaced Out newsletter

UFO enthusiasts have been sent into a frenzy after a strange multi-coloured halo was spotted in the skies above southwestern China.

An image of the rainbow-like curve, sitting atop a black cloud, was shared on the "NASA Picture of the Day” Facebook page and has since attracted alien speculation from thousands of intrigued onlookers.

The NASA-supported social media page attributed the magnificent sight to a weather phenomenon called an "Iridescent Pileus Cloud", which is caused by a unique combination of clouds of different sizes, same-sized water droplets and diffracted sunlight.

However, the page did admit that the formation was "unusual".

That hint of uncertainty enticed feverish speculation about the presence of extraterrestrial life, with some even insisting that aliens were residing within the atmospheric structure itself.

Others put the bizarre sight down to an explosion, toxic chemicals sprayed into the air or even a government experiment.

“It’s either a man-made substance used to cover up advanced military technology, or aliens. You pick,” one person commented.

The Facebook page attempted to explain the image – which was captured last month in Pu'er, Yunnan Province – in its accompanying caption.

They wrote: “Behind this darker cloud, is a pileus iridescent cloud, a group of water droplets that have a uniformly similar size and so together diffract different colors of sunlight by different amounts,” the site explained.

“Also captured (in the photo) were unusual cloud ripples above the pileus cloud. The formation of a rare pileus cloud capping a common cumulus cloud is an indication that the lower cloud is expanding upward and might well develop into a storm.”