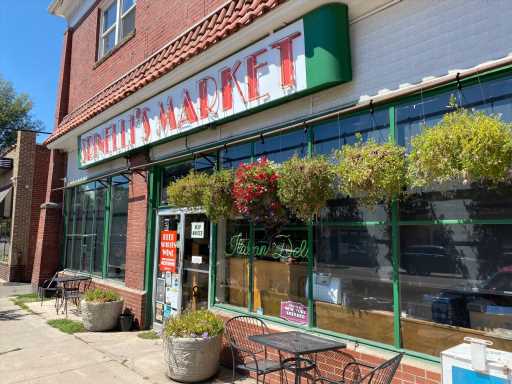 Editor’s note: This is part of The Know’s series, Staff Favorites. Each week, we will offer our opinions on the best that Colorado has to offer for dining, shopping, entertainment, outdoor activities and more. (We’ll also let you in on some hidden gems).

Spinelli’s Market looks quaintly old-fashioned for a 28-year-old, and that’s part of its appeal. The Park Hill deli plays the stately anchor on its strip of 23rd Avenue, complemented by the Cherry Tomato Italian restaurant and, across the street, Honey Hill Cafe.

Despite its relative youth, Spinelli’s has a lived-in feel and recipes that seem to span generations, thanks to founders Jerry and Mary Ellen Spinelli. They sold the place in 2014, prompting a bit of a refresh, but the vibe remains delightfully homey, the recipes carried over (thank you, current owners John and Ted Moutzouris) and the dishes and sauces are still homemade.

The commitment to homemade isn’t too surprising coming from the store that spun off Spinelli’s Sauce Co., which sells jars of red sauce and bottles of salad dressing across the United States. The deli’s got traditional, takeout Italian foods, but also made-over items such as fresh sole piccata with artichoke hearts and asparagus over orzo, or veggie primavera cheese ravioli. More than once a week they also bust out mouth-watering, decidedly non-Italian entrees like grilled shrimp, beef empanadas, pulled pork or green curry salmon.

With two servings for $22, it’s not even a splurge. Spinelli’s $12 sandwiches could reasonably feed a pair of adults, and nothing else inside this jewel box of veggies, dry goods and cold drinks is too pricey compared to, say, Whole Foods.

Zoom in on the sandwich menu and you can see why it continues to compete with nearby, high-end darlings like Tessa Delicatessen, Marczyk Fine Food, and further-afield shops such as Curtis Park Deli. Spinelli’s knows things the others don’t, like the perfect way to highlight fresh, stinky provolone (yes, stinky). They trap it inside a flaky baguette and surround it with pillowy mounds of rosemary ham, drizzled balsamic vinegar and olive oil, with crispy lettuce and ripe tomatoes. (It has never escaped, by the way.)

Not your style? There are 21 others, from hot Italian roast beef and pastrami to roasted vegetable and turkey cranberry gouda. About that last one: Spinelli’s staked its Thanksgiving claim years ago and continues to sport an estimable holiday menu. You can skip the cooking for its $11 quarts of stuffing and $7 pints of cranberry sauce, which can join your $6- to $8-per-pound (already cooked) turkey and $19 pies.

It’s a great value, given the quality and consistency, and worth every penny — especially if you’re into supporting a benevolent pillar of local character.