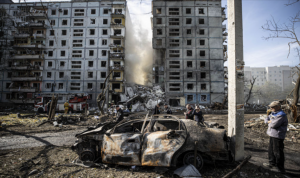 Mr Seely discussed the recent attack on Zaporizhzhia and explained that it was a retaliation against the Ukrainian people at the hands of Russian forces. The Conservative MP claimed that some kind of retaliation was inevitable, after the Kerch bridge attack over the weekend which Ukraine has not claimed, but Putin has condemned. Mr Seely told Tom Harwood that he was surprised by Russia’s feebleness, and explained how the Kerch bridge attack was a more strategic one. The Conservative MP claimed that there was currently very little that Russian President Putin could do to change the course of the war, apart from winning on the battlefield.

Mr Harwood said: “Bob, who better to talk to about these very latest developments?

“Are you surprised that we seem to be seeing more civilian targets being hit now, in Ukraine?”

“Some kind of revenge attack was inevitable, I’m actually quite surprised by the general feebleness of them because the Kerch bridge was a serious and highly strategic attack. 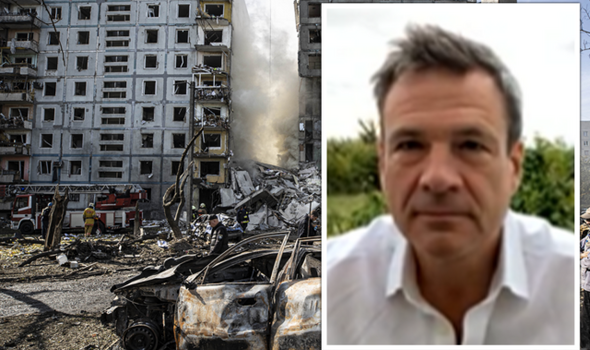 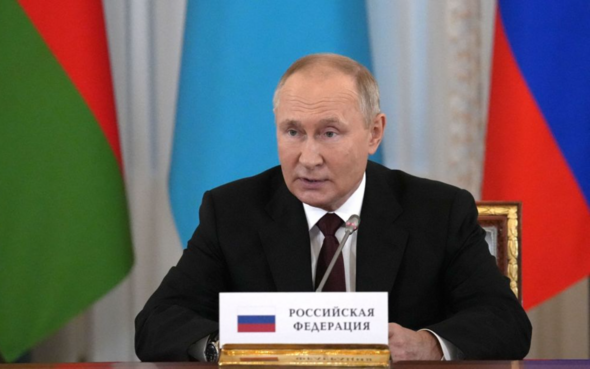 The Conservative MP added: “And what the Russians seem to be doing is finding targets in various cities.

“And there’s no indication… I certainly haven’t seen an indication that those targets are strategic in any sense.

Ukraine has been ramping up their war efforts in recent weeks and has been experiencing major successes.

They have managed to regain significant areas of their land by pushing Russian troops back out of occupied zones.

After the recent Kerch bridge attack officials had been warning of possible bombardment by Russia, although Ukraine did not claim the attack on the bridge which joins Russia to occupied Crimea.

Russia has been slammed for targeting civilian zones in Ukraine instead of infrastructure.

DON’T MISS: ‘Top of list!’ Charles may visit Canada instead of COP27 on first trip abroad as King[INSIGHT] 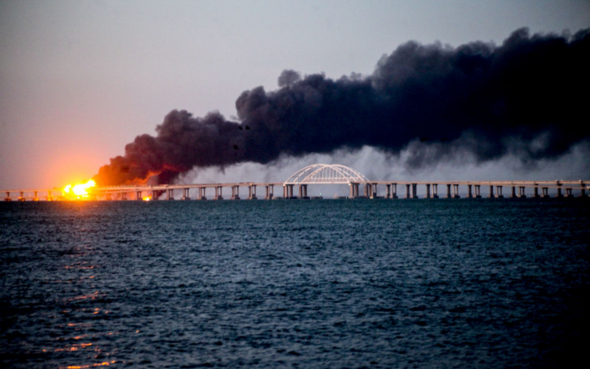 Mr Zelensky told reporters: “The morning is difficult. We are dealing with terrorists. Dozens of missiles, Iranian ‘Shahids’. They have two targets.

“The second target is people. Such a time and such targets were specially chosen to cause as much damage as possible. Stay in shelters today. Always follow the safety rules.

“And always remember: Ukraine was here before this enemy appeared, Ukraine will be here after him.”