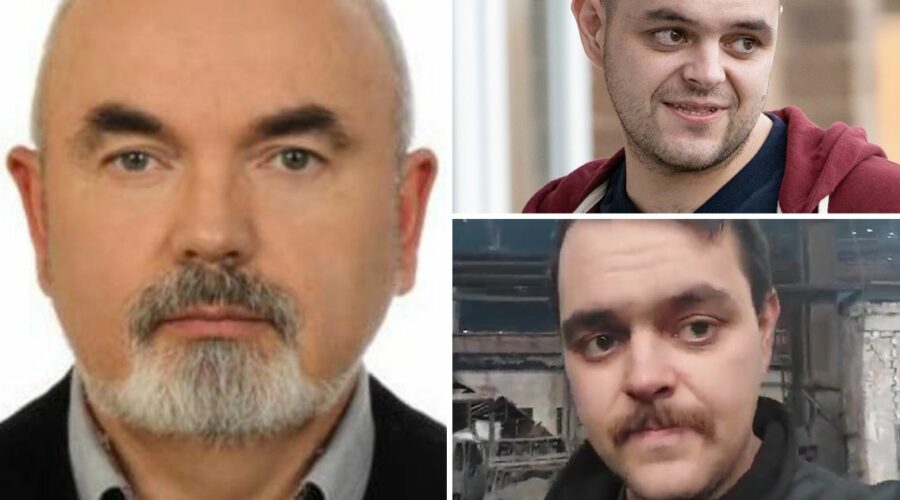 Nikulin is believed to be fighting for his life, and according to Russian news agency TASS, police are still hunting the 'attackers'.

He was one of the judges on a panel that sentenced Britons Aiden Aslin, 28, and Shaun Pinner, 48, to death in June for being 'mercenaries' for fighting with Ukrainian troops, weeks after they were captured by Russian forces during the siege of Mariupol.

Both Aslin and Pinner appeared behind a metal cage at a court in Donetsk as the verdict was read out after a three-day sham trial. Nikulin subjected them to an 'exceptional measure of punishment, the death penalty'.

Thankfully, both Aslin and Pinner were eventually released in September after the Saudi Crown Prince brokered an agreement to free a total of 10 POWs who had been captured during fighting in Ukraine.

A total of five Britons, along with two Americans, one Swede, one Croat, and one Moroccan, were airlifted to Riyadh, where they were checked over before being sent home.

Denis Pushilin, leader of the self-declared 'Donetsk People's Republic', which is loyal to President Putin, said on Telegram: "There was an attempt with the use of firearms on a judge of the Supreme Court of the Donetsk Republic Alexander Nikulin." Pushilin had said Nikulin had previously 'sentenced Nazi criminals'.

The Nazi label is often used as an insult to describe Ukrainians as part of Vladimir Putin's attempts to justify his savage invasion of Ukraine. Pushilin added: "The Ukrainian regime continues to show its vile terrorist methods."

According to Pushilin, Nikulin's condition, for now, is 'stable but serious.'

05/11/2022 World News Comments Off on Russian judge who charged Brits has been the victim of an assassination attempt.
Markets