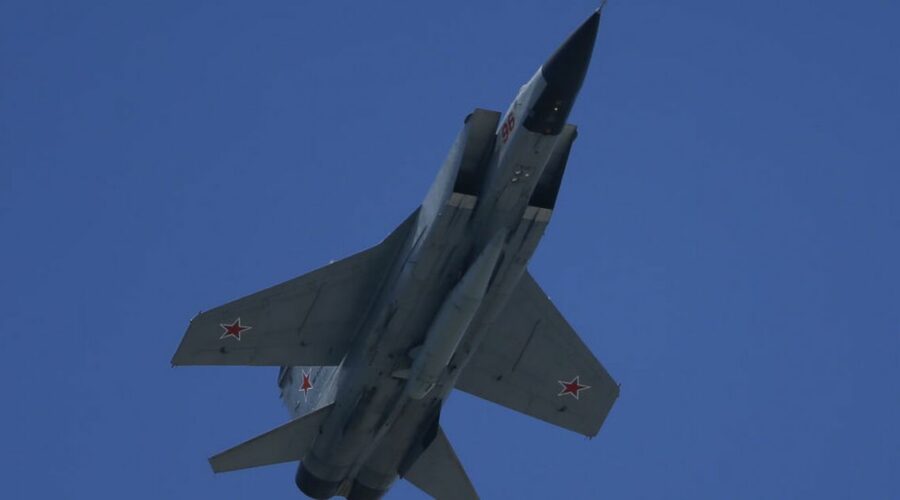 Russian jets capable of carrying Vladimir Putin's infamous 'Killjoy' nuclear missile have been spotted only 1,100miles from the UK – meaning that we are potentially within range of a strike.

The UK Ministry of Defence (MoD) detected the two aircraft at an airfield in Belarus, where President Alexander Lukashenko seems intent on allowing Putin to expand his nuclear range.

Even more concerningly, the MoD also found a canister at the airfield "associated" with Russia's Killjoy missile.

The nuclear weapon has a range of over 2,000km (1,200mi), meaning it could reach the UK if positioned on Belarusian territory.

It is notable for its high speed, reaching around 9,000mph as it races towards a target.

In an update on Tuesday (November 1), the MoD said: "Imagery showed two MiG-31K FOXHOUND interceptor jets were almost certainly parked at Belarus’s Machulishchi Airfield on 17 October, with a large canister stored nearby within a protective earth berm.

"It is likely that the canister is associated with the AS-24 KILLJOY air-launched ballistic missile, a large munition which the MiG-31K variant is adapted to carry.

"Russia has fielded KILLJOY since 2018, but it has not previously been deployed in Belarus. Russia has occasionally launched these weapons during the Ukraine war, but stocks are likely very limited.

"It continues to expand its advanced long-range munitions against targets of limited operational importance.

"With a range of over 2000km, basing Killjoy in Belarus gives Russia little added advantage in terms of striking additional targets within Ukraine.

"It has likely carried out the deployment mainly to message to the West and to portray Belarus as increasingly complicit in the war."

The jets have now been positioned just 1,100 miles from London sparking fears they could be used to attack the West and spark World War Three.