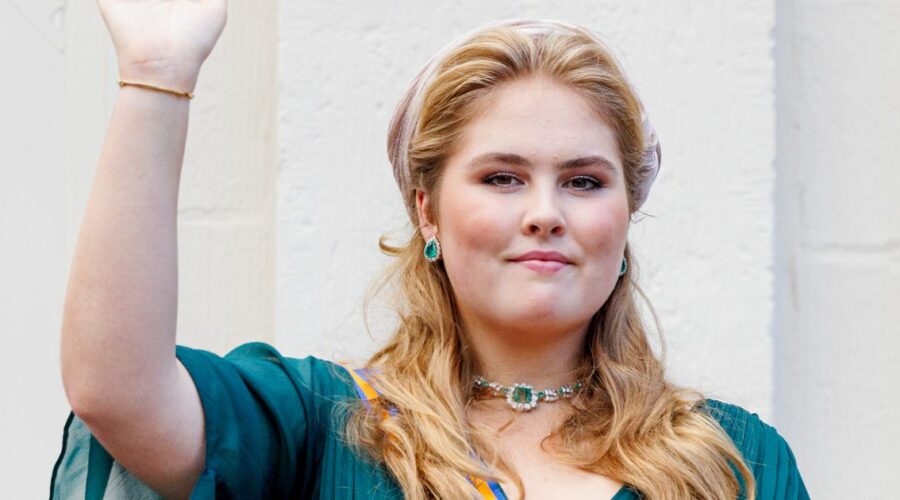 A real-life princess has bee forced to hole up in a palace over fears she will be kidnapped.

Security chiefs fear Princess Amalia, who is heir to the Dutch throne, could be attacked or even kidnapped by powerful criminal gangs.

Her mother, Maxima, the Queen of the Netherlands, has revealed she can hardly leave the palace amid a serious security threat.

In a rare speech about family matters, a tearful Queen Maxima told how her daughter was moved out of her university room in Amsterdam amid fears that criminal gangs are plotting to attack or kidnap her. Queen Maxim said: "It means that she doesn’t live in Amsterdam and that she can’t really go outside, and these consequences are very difficult for her.

"So for her, it’s not the student life that other students have." The newspaper said security services were planning for a possible kidnap attempt or attack.

The Dutch Queen responded to questions about student life for Princess Amalia, who started a degree in politics, psychology, law and economics at the University of Amsterdam last month.

Queen Maxima added: “It makes me a bit emotional. It’s not nice to see your child not so happy. She can go to university, but that’s it… I think she is very brave.” The Netherlands is reportedly under siege by powerful organised criminal gangs following a series of high profile murders in one of the country’s biggest gangland prosecutions known as the Marengo Trial.

The mayors of Amsterdam and Rotterdam previously warned of a “culture of crime and violence that is gradually acquiring Italian traits."

They tell of record amounts of intercepted drugs at the port of Rotterdam and extreme violence that often kills the wrong target, and €15billion (£13bn) to €30bn (£26bn) a year laundered into property, cannabis “coffee shops”, tourism and bars.

Some claim the country is now being called a “narco state 2.0”.