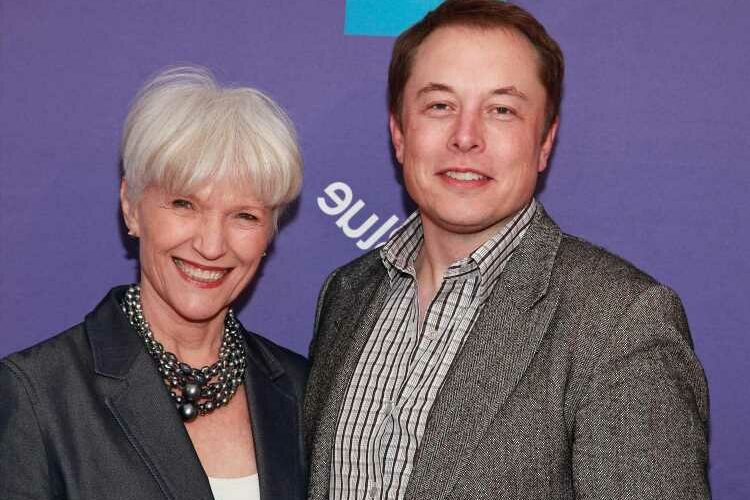 TROUBLED billionaire Elon Musk has hinted at his unhappy childhood and once said his dad was a “terrible human” who had committed “almost every crime you can possibly think of.”

Now mum Maye has spoken out about the Tesla boss’ “violent” upbringing – claiming her “beatings” at the hand of his dad, Errol Musk, began on the first night of her honeymoon. 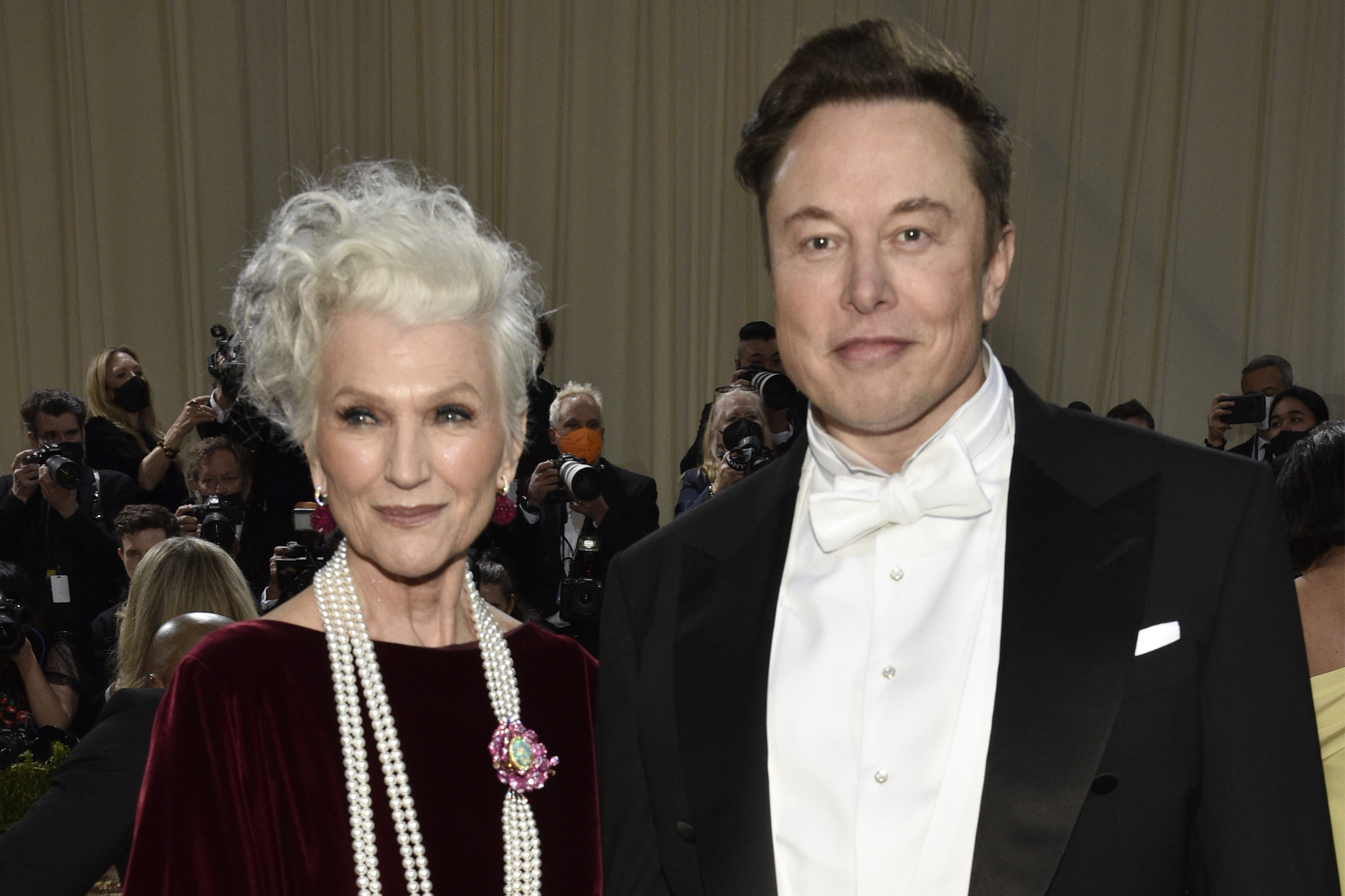 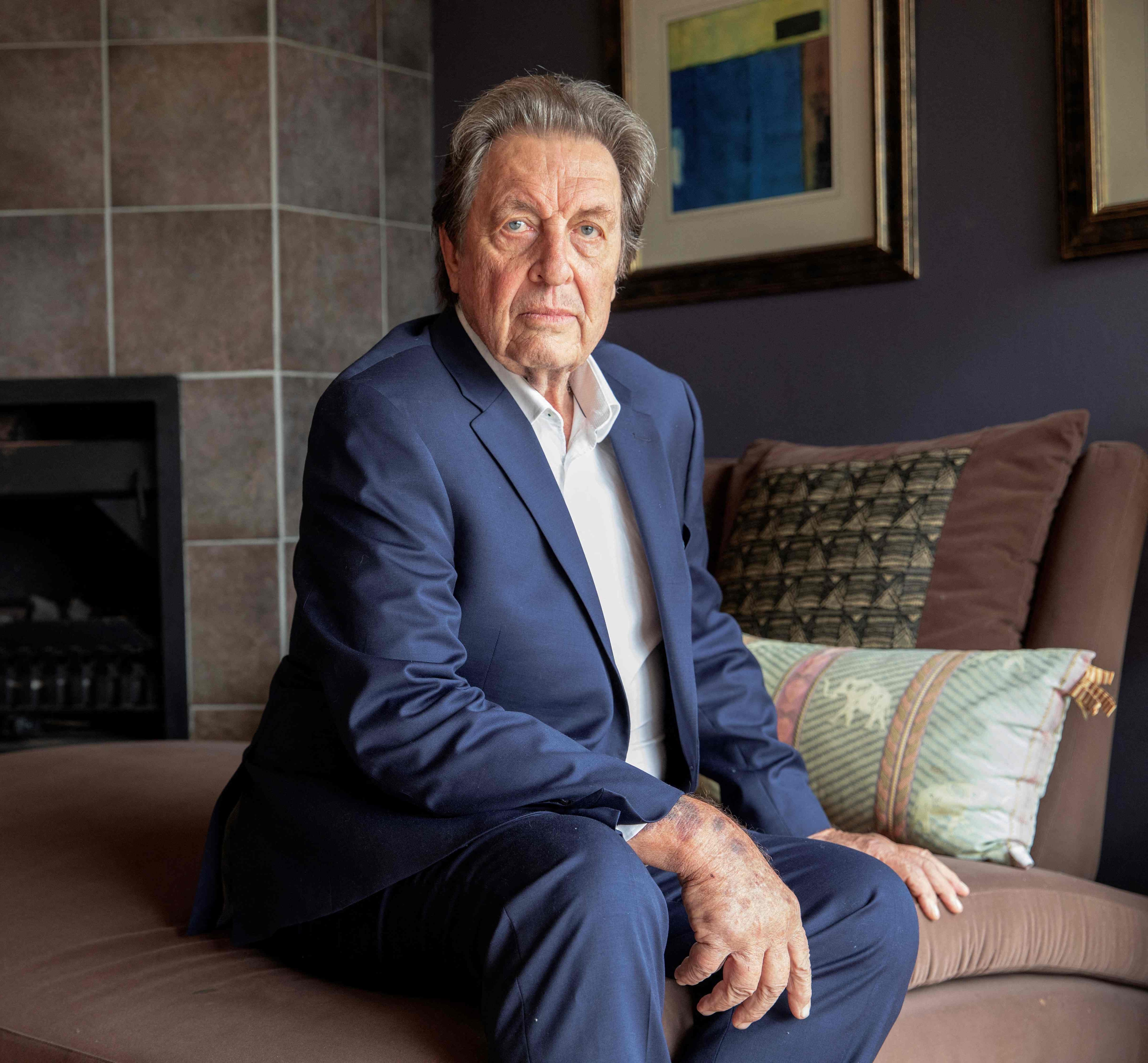 In the second part of the new documentary The Elon Musk Show, which airs on BBC2 on Wednesday, she says five-year-old Elon would try and intervene as Errol rained blows on her.

“Elon grew up in a very violent home,” she says.

In one extraordinary story, model and dietician Maye also alleges that she was harangued into marrying Errol against her will – after he arranged the wedding with her unsuspecting parents.

Errol, who has always denied being abusive to his ex-wife, also appears in the documentary, revealing he was charged with murder after shooting dead three raiders on his South African property. 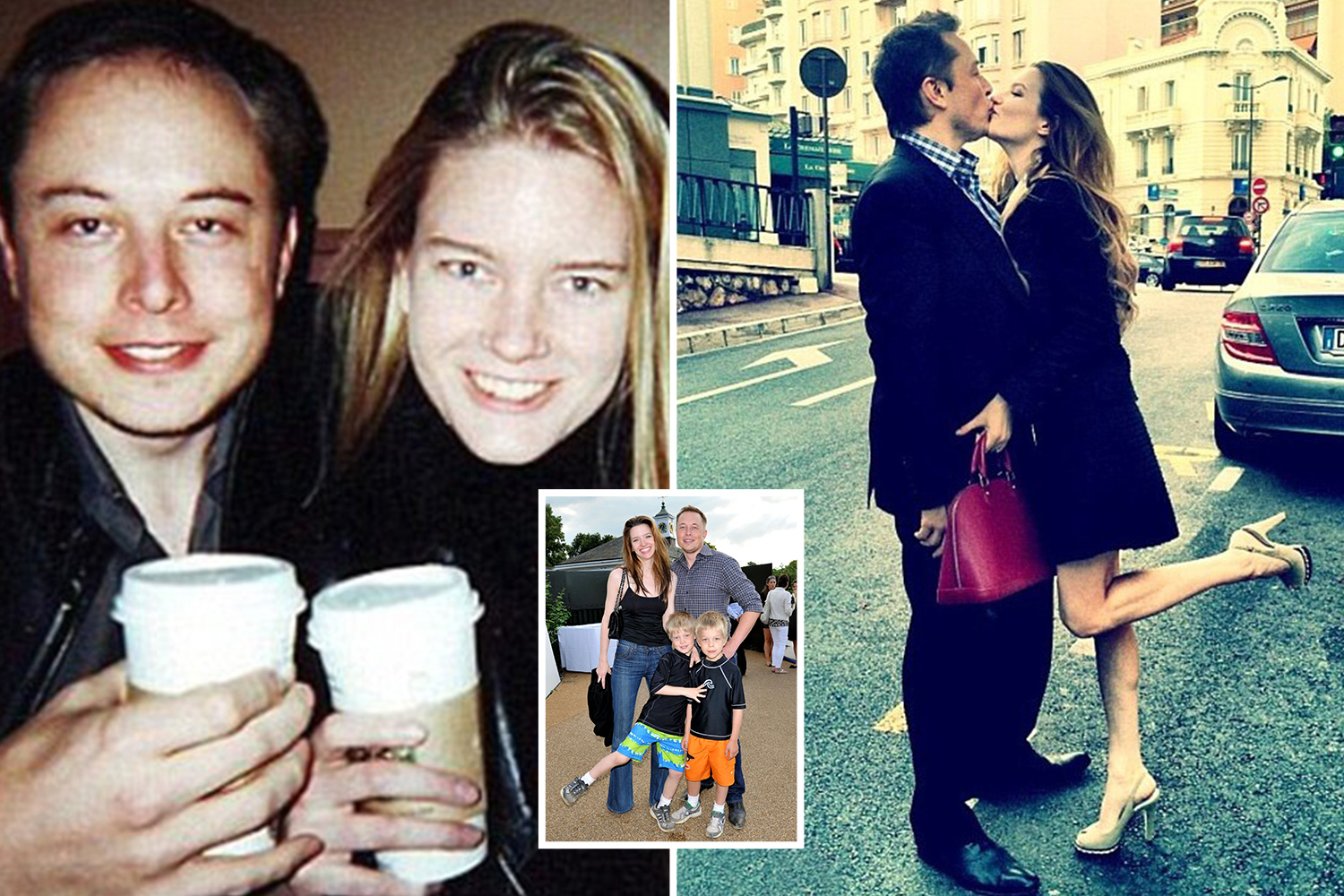 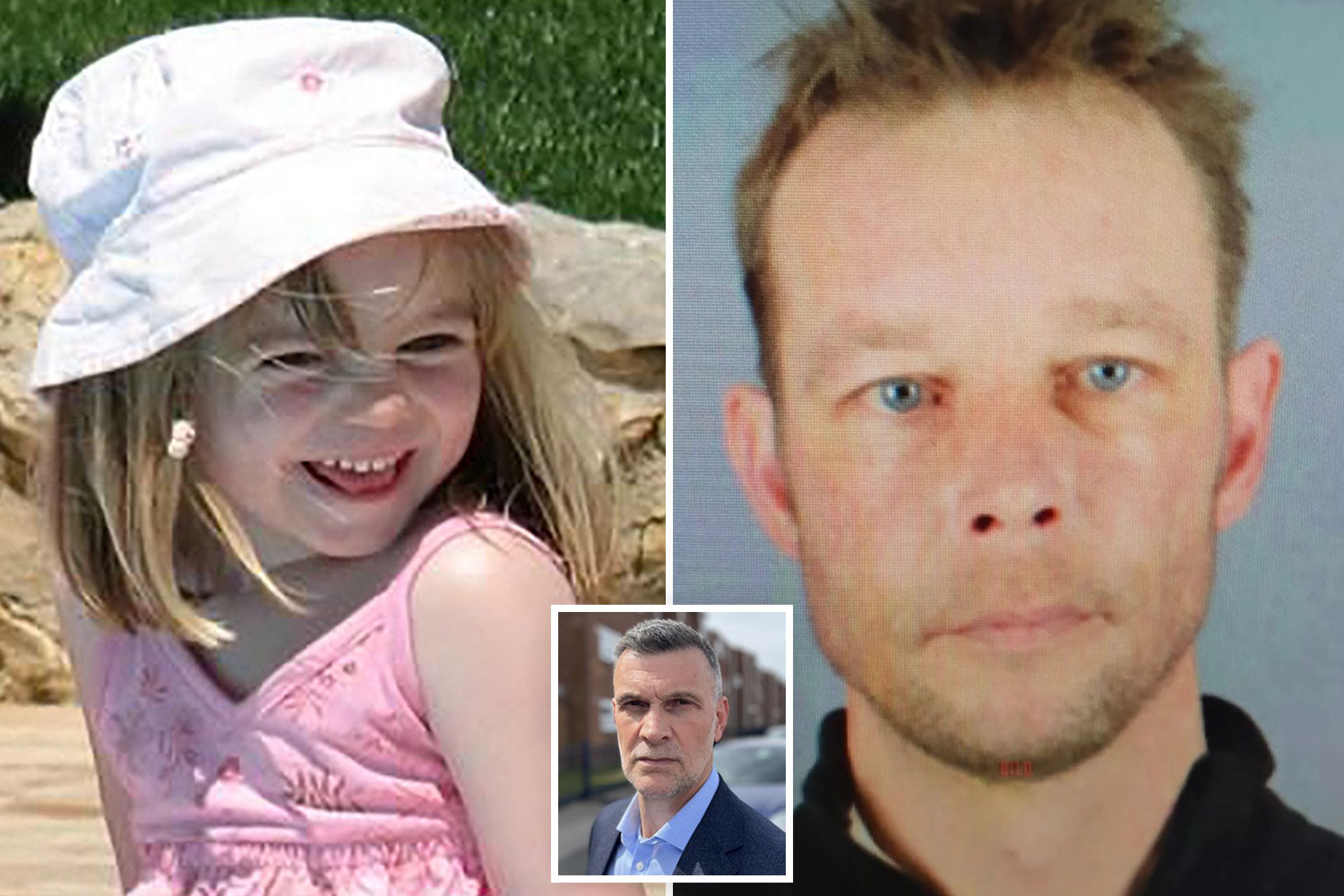 And he admits he has a strained relationship with his billionaire son, now the richest man in the world with a fortune of £200billion.

“My relationship with Elon is much like the relationship I had with my father,” he says. “We mostly communicate on email. I haven’t spoken to him in a long time."

As a high school student in Pretoria, South Africa, Maye refused to date anyone who was not as good at maths and science as her “and no one was” – with the exception of Errol Musk.

Although she agreed to go on dates with Errol when she "had nothing to do”, she wasn’t keen. 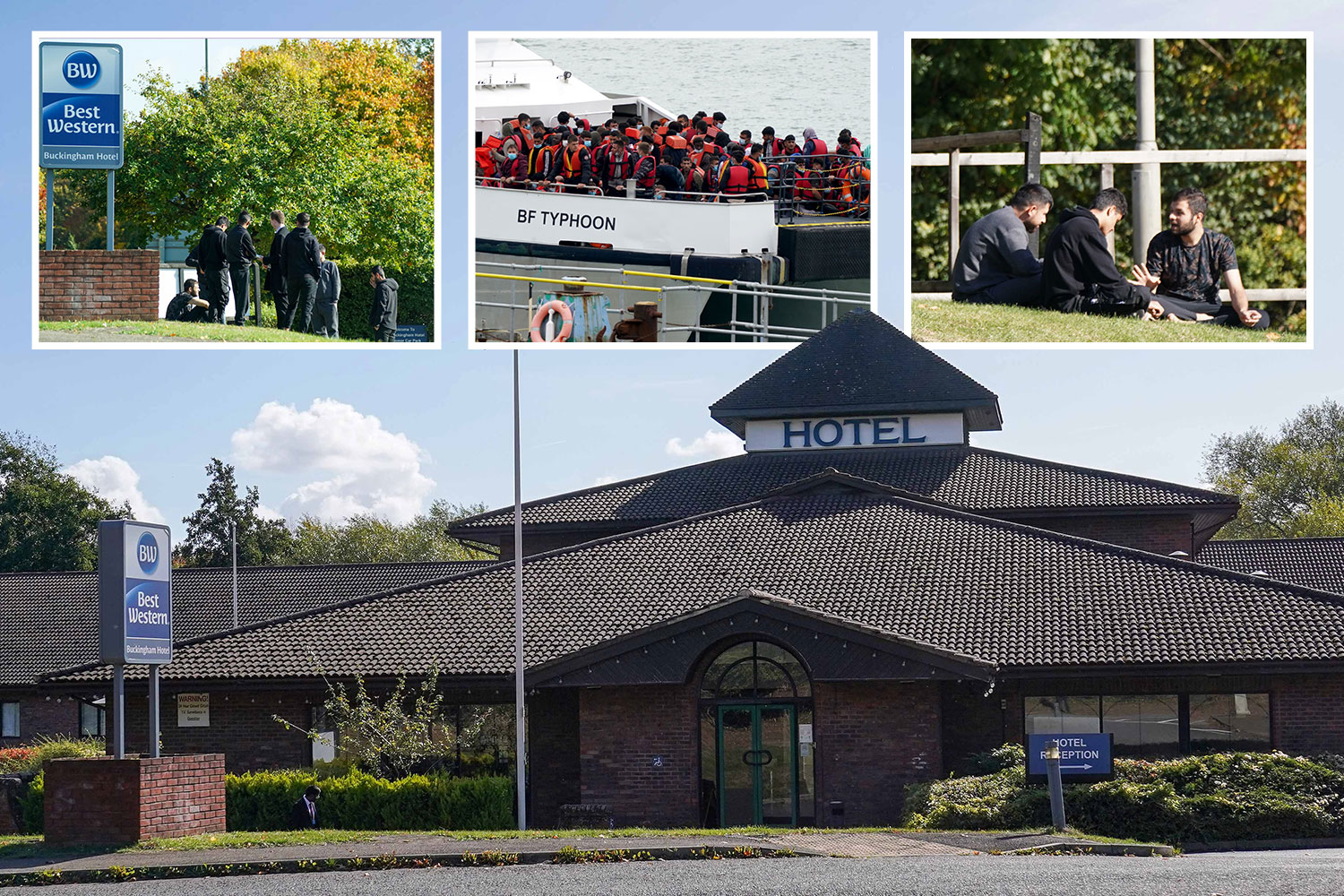 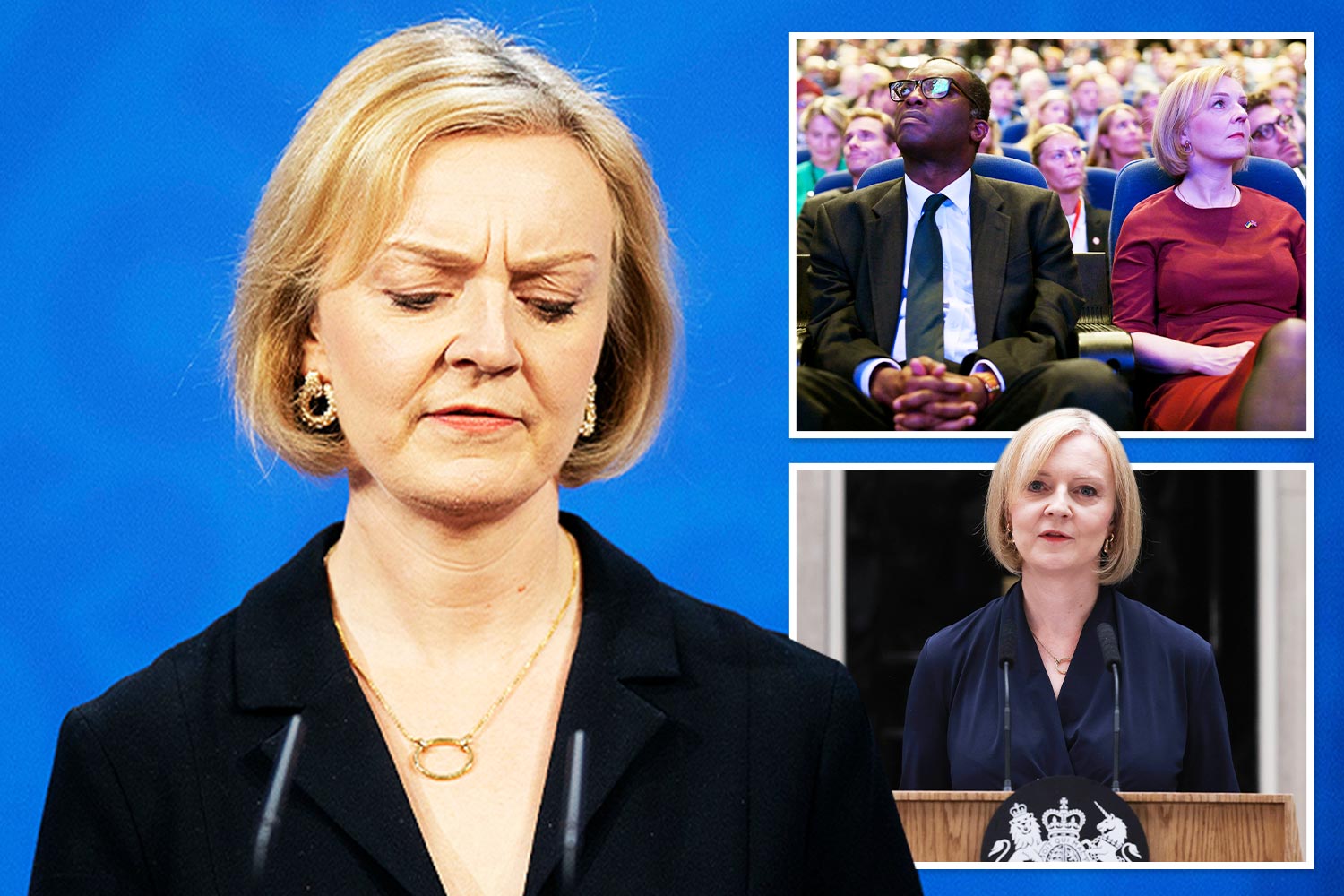 HOW LIZ LOST IT 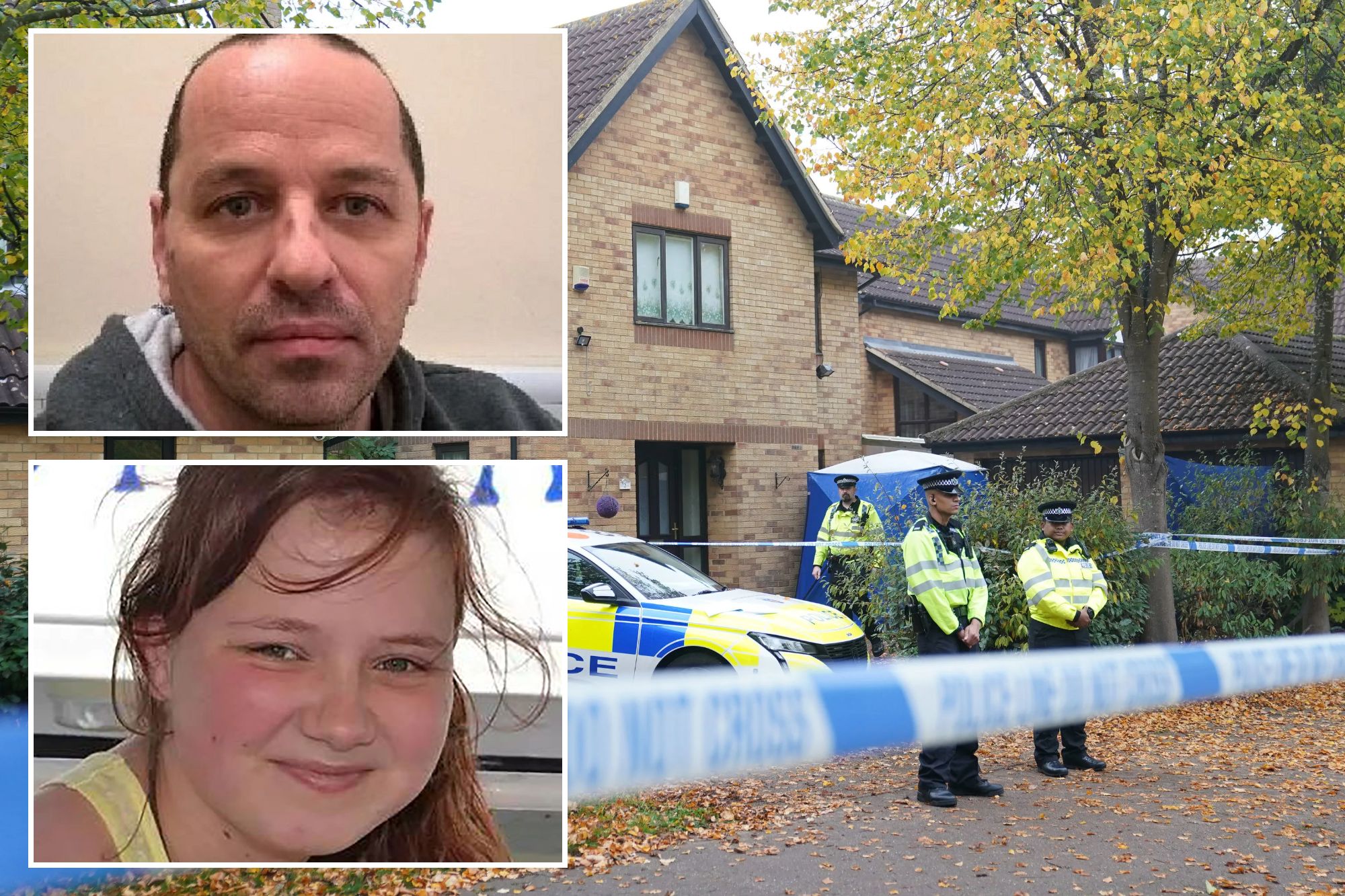 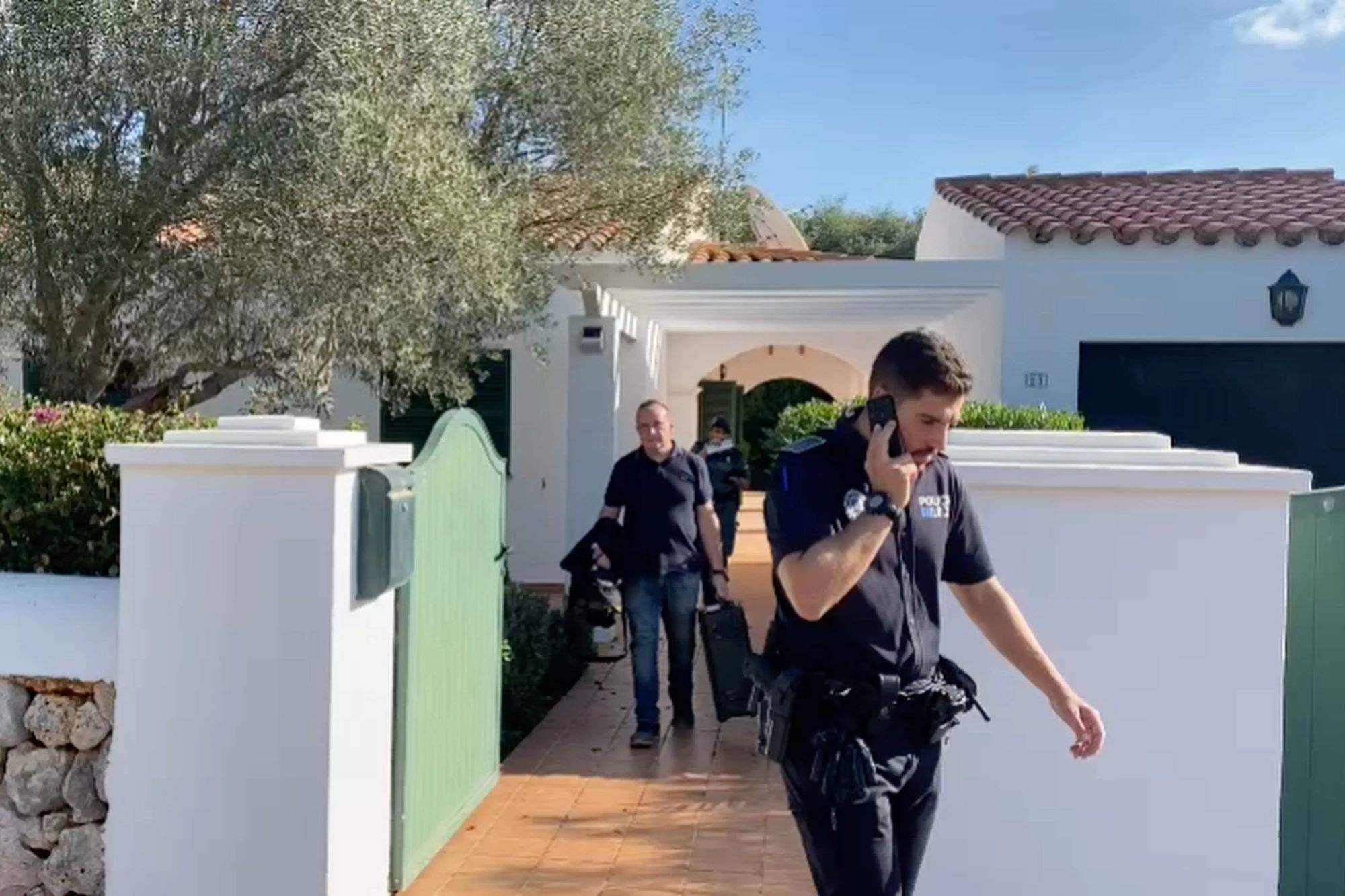 “He was insulting and rude to people and I didn’t like him that much but otherwise I’d just sit at home,” she says.

“My brothers banned him from seeing me and, for two years, I didn’t see him.”

After graduating, the former Miss South Africa finalist moved from Pretoria to Cape but says Errol tracked her down.

“He turned up with an engagement ring,” she says. “I said, ‘I’ll never wear it’ and he went back and told my family I’d agreed to marry him, which surprised my family because they didn’t know I was seeing him – I wasn’t.

“Then I got a telegram from my parents saying ‘Congratulations, the wedding arrangements are made and 800 people are coming.’

“I called him and said, ‘What do you mean I’m marrying you?’”

She claims Errol told her he would be a changed man if they got married, saying: “I will be kinder and nicer. I’m just aggressive because you won’t marry me.”

Incredibly, she took him at his word and went ahead with the wedding in 1970.

“I fell pregnant on my honeymoon and the abuse started right away, beating me up if I didn’t do as I was told,” she claims.

“I came back from honeymoon bruised and pregnant and I didn’t want my family to know. You just put up with it because you have no choice.” 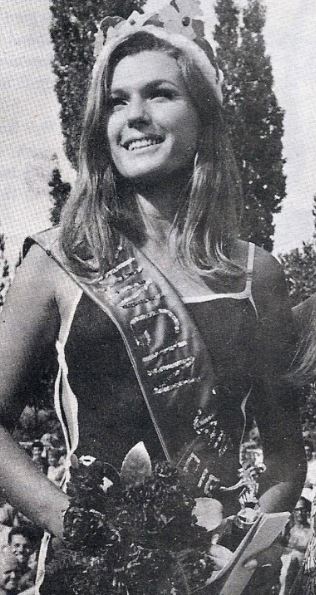 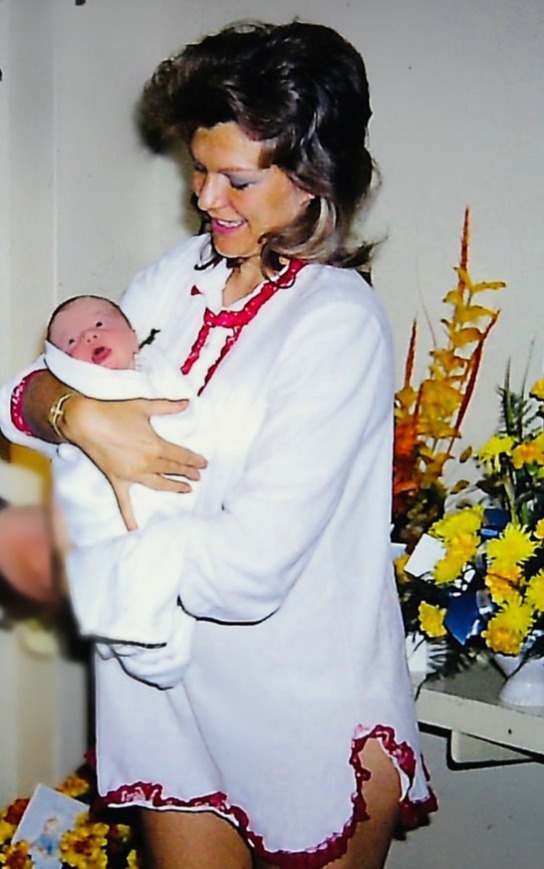 The pair went on to have Elon, 51, brother Kimbal, 50, and sister Tosca, 48, but all three were witness to brutal attacks, according to Maye.

“While Elon was a little boy, I would be driving the car and he [Errol] would be punching me. Elon would be between the seats, hitting his father,” says Maye.

“When he was at home, punching me, Kimbal and Tosca would be crying in the corner because they were really babies – Elon was five, Kimbal four, Tosca three. [Elon] would be hitting his dad on the back of the legs. Then when he was eight, we left.”

Two years later, despite the alleged abuse, Elon chose to go and live with his father – a decision he has since said he regretted.

“That made me very sad, because I didn’t see why he wanted to do that,” says Maye, adding, “His dad had the Encyclopedia Britannica. I couldn’t afford books and Elon had read everything in the library in Durban.”

Errol has always denied he physically or verbally abused Maye and, earlier this year, in a YouTube video called Dad of a Genius, he branded her allegations “ridiculous and made-up.”

“I never ever did that. I loved Maye very much,” he said.

“She was everything to me. And so that's ridiculous. It's absurd. I loved her more than anything that I've ever loved in my life.” 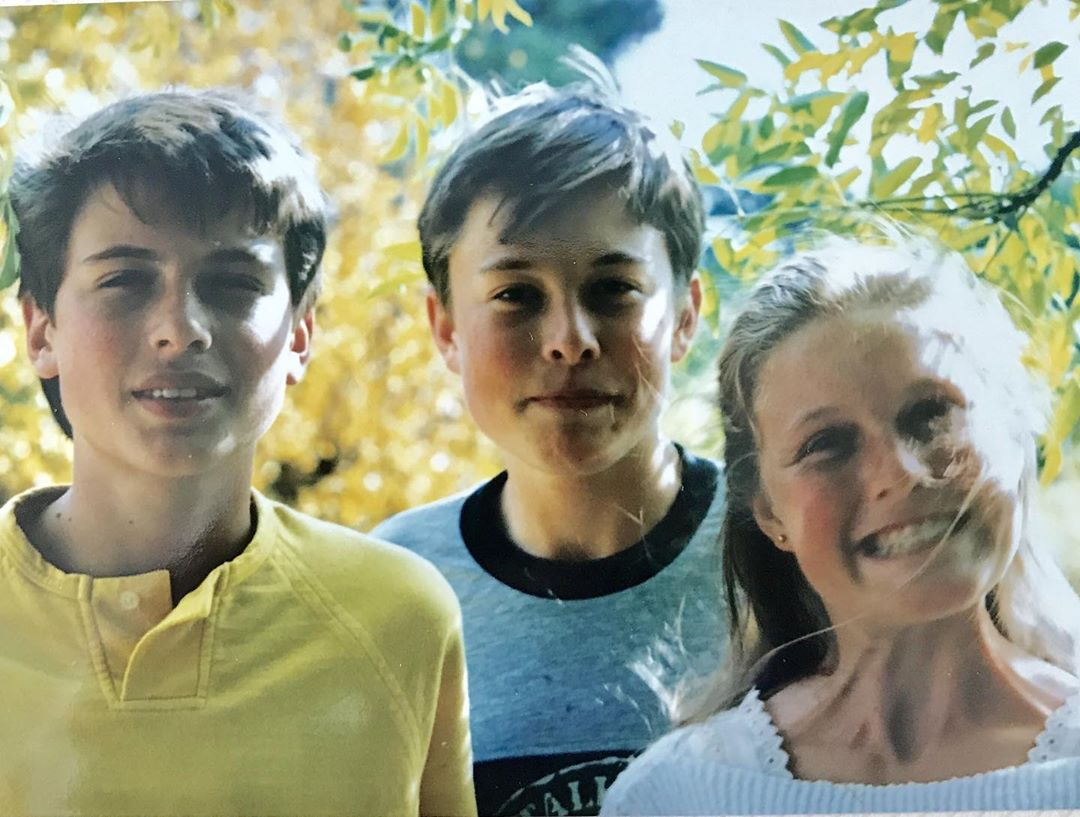 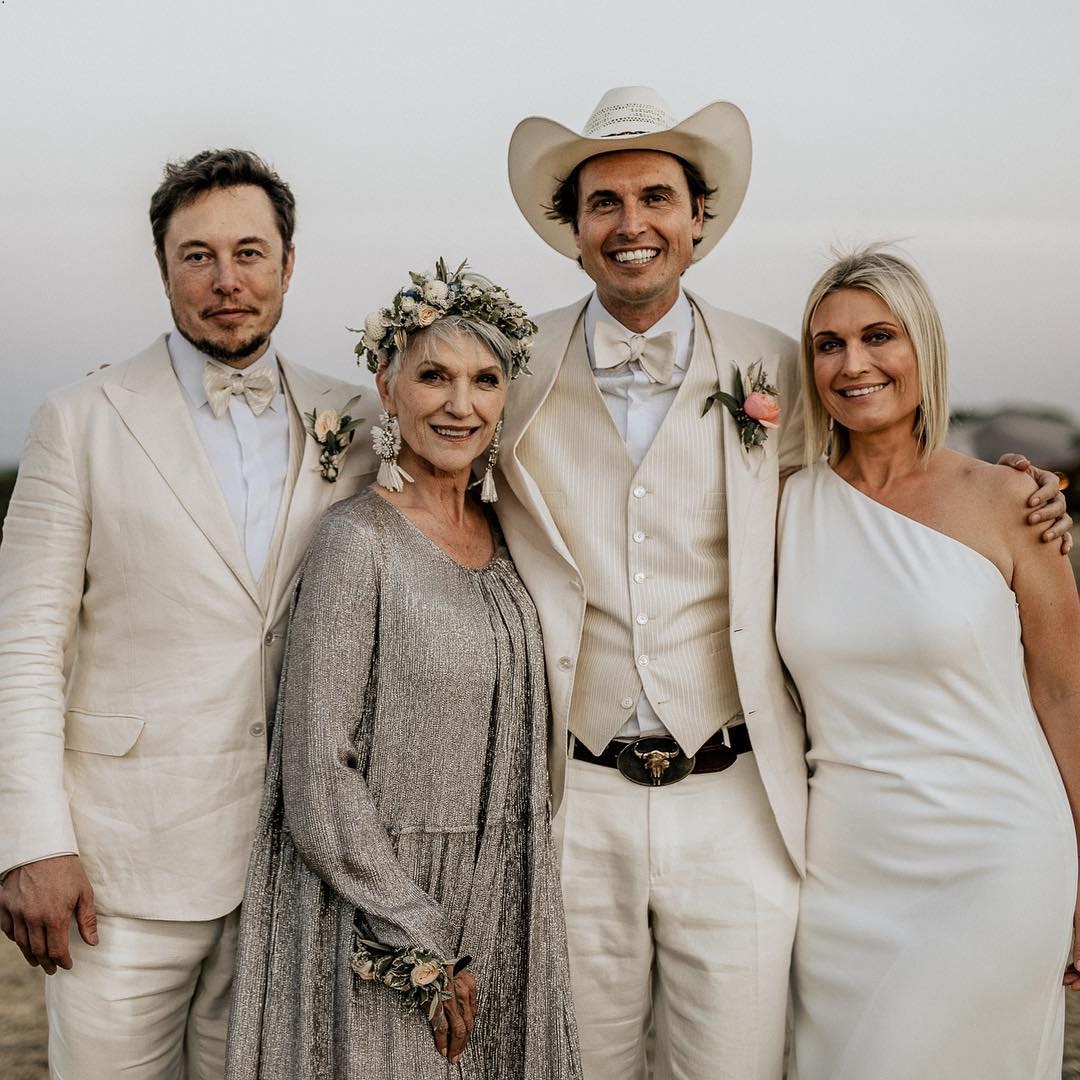 While Maye heaps praise on her “genius” son throughout the documentary, Errol offers little warmth in his recollections of Elon’s childhood.

Talking about the relentless bullying Elon suffered at school with one incident, when he was knocked down the stairs and beaten so badly he spent several weeks in hospital, Errol has little sympathy.

“Getting knocked about in school was pretty normal,” he says. “If you did well at school, they would wait for you at the gate and pummel you with bags and we had a lot of that.”

On the teenage Elon tinkering with his cars – including a Porsche, Mercedes, Ferrari and Masserati – he says: “I wouldn’t say he was the best mechanic but he would certainly try.”

More seriously, Errol also recounts his clash with an armed gang at his home, in which three men died.

He was charged with murder but pleaded self defence and was not convicted.

“My daughter and I were attacked by a gang,” he says. “They fired 52 shots at me and I fired two at them.

“I was using a Magnum so one shot killed two people. The second shot, he died from a shot to the groin. I was charged with murder but at the inquest I did get annoyed when they said to me ‘couldn’t you have used less violence?’ I said ‘I only fired two shots, they fired 52.’ It was silly. 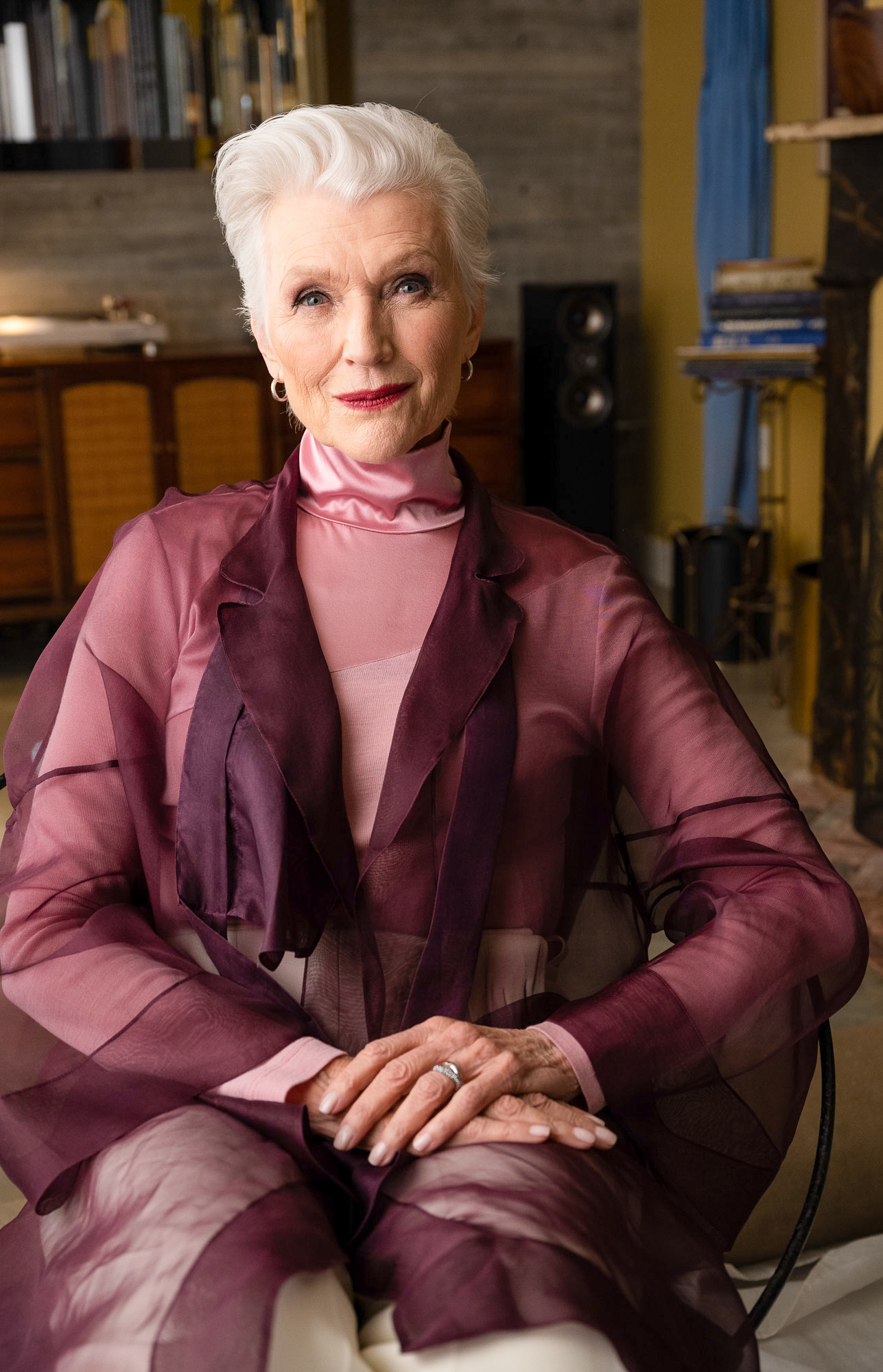 Split over babies with stepdaughter

While Elon's critics often paint him as some kind of power-hungry Bond villain, he says his dad is the real “evil” genius in the family.

"He was such a terrible human being," Musk told Rolling Stone. "My dad will have a carefully thought-out plan of evil. He will plan evil.

When Elon left home for Canada to start a new life, his father called him an “idiot” and said he'd be back in three months with his tail between his legs.

Elon went on to make his first millions with the sale of PayPal, before founding Tesla and rocket company SpaceX, and overtaking Amazon founder Jeff Bezos as the world’s richest man.

At one point, he bought his dad a house in the US but, after moving there for a few months, Errol returned to his native South Africa, further damaging their fragile relationship.

It came under further strain five years ago when the 76-year-old fathered two children with his stepdaughter – who is 41 years younger.

Jana Bezuidenhout, the daughter of Errol's second wife Heide, has known him since she was four and the pair had a second child in 2019.

The father-of-seven says his adult children, including Elon, were furious over the birth of oldest son Eliot Rush.

“I told my daughter Ali about him because I thought she would be supportive and understanding,” he told The Sunday Times.

“She said I was insane, mentally ill. She told [Errol's other kids, including Elon] and they went berserk. They think I'm getting senile and should go into an old age home, not have a life full of fun and a tiny baby." 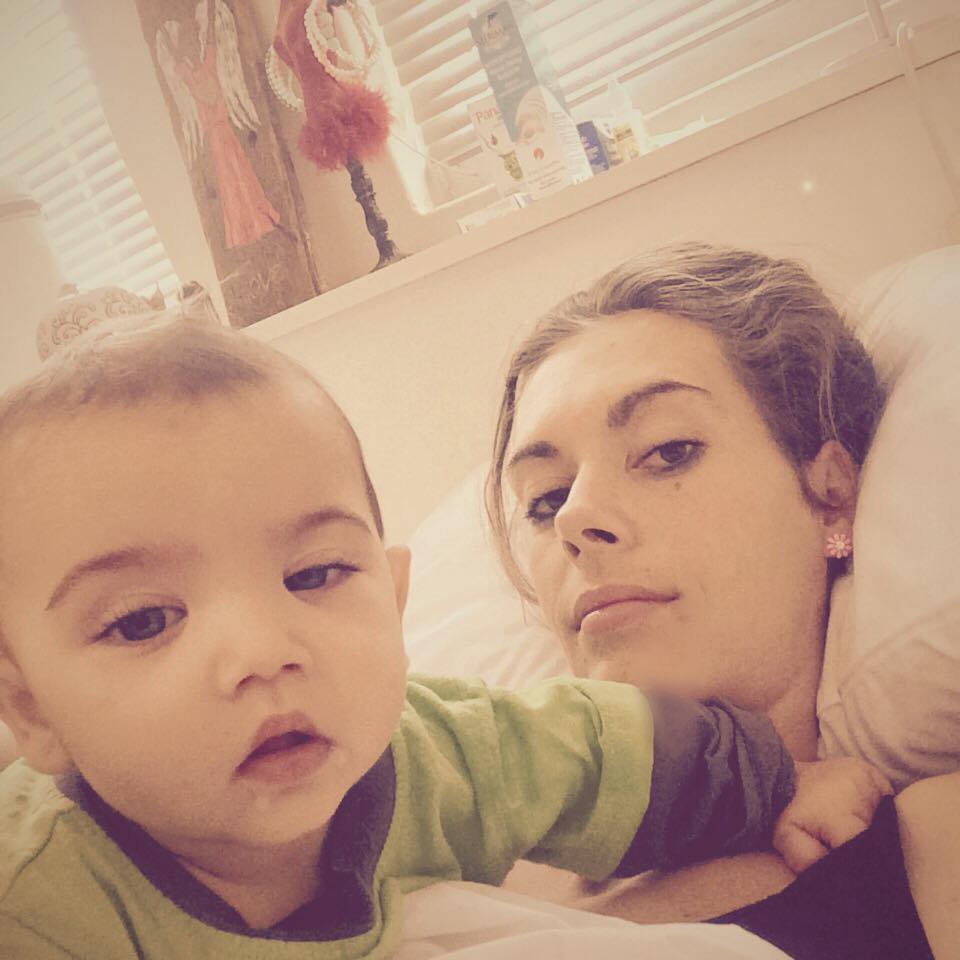 Errol has since compared Elon to a toddler, saying their fractious relationship is down to his immaturity.

“Elon needs to grow up. He needs to get over himself,” he said. “I’m not going to hit back. I’m going to wait until he comes to his senses. He’s having a tantrum, like a spoilt child. He can’t have what he wants and now I am apparently an evil monster.”

Meanwhile Maye, who now lives in the States and is often seen on red carpets with her son, is his staunchest supporter, and is still fighting his corner.

“I’m happy to say SpaceX and Tesla are in the hands of my genius son,” she says. “We admire him for that but we don’t want to be him because with those companies he gets a lot of hate.

“Stop being mean to him.”

The Elon Musk Show continues on BBC2 on Wednesday at 9pm