Aussie skygazers will have the rare treat of seeing a total lunar eclipse where the moon turns into a blood-red astronomical body.

Avid watchers armed with binoculars or a telescope for a better viewing experience should circle on Tuesday as the night for a phenomenon that will not seen for another three years. 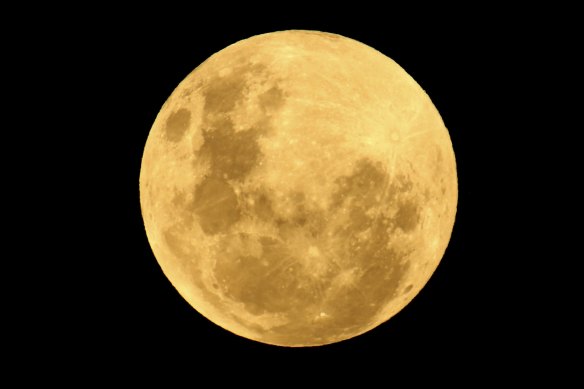 ‘Blood super moon’ rises from the over the East coast of Australia in 2021.Credit:James Alcock

A blood moon occurs when the sun, earth and the moon align in such a way the moon passes into earth’s shadow.

Australian National University (ANU) astrophysicist Brad Tucker explained that when looking at the moon during the total lunar eclipse, “You are seeing the sunrise and sunset of the earth lighting up the moon”.

“Just as sunrise and sunset are an orange or reddish colour, so is this light that skims through the earth’s atmosphere and out into space,” he said.

According to NASA, the more dust or clouds in earth’s atmosphere during the total lunar eclipse, the redder the moon will appear.

The blood moon will last for almost three hours and be visible in New Zealand, the Americas and parts of Asia.