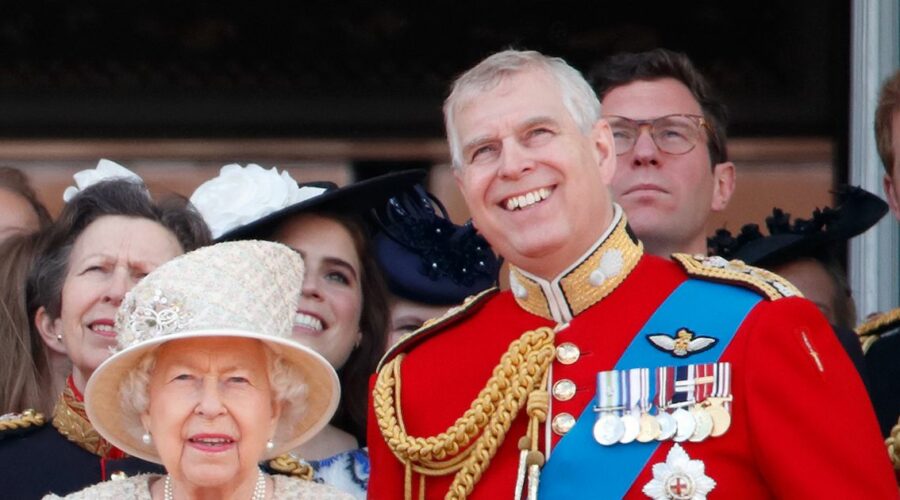 The BBC producer that lined up Prince Andrew’s notorious interview with Emily Maitlis has said that the Queen has a “blind spot” when it comes to the Duke of York, but that he will face a much rougher ride once Prince Charles becomes king.

Sam McAlister, discussing her new book book, Scoops: Behind the Scenes of the BBC's Most Shocking Interviews, says that the Duke Of York made a number of shocking blunders while seeing up the interview – very probably because he has never heard the word “no”.

“Here is a man who, for almost 60 years, has been, as we all understand it, the Queen’s favourite son,” she told the Political Party podcast.

READ MORE: Beatrice and Eugenie 'beg' Charles to give Andrew a job – he says 'no chance'

“He’s probably never even been dumped. He’s never had to worry about his fuel bill. The cost of living crisis is not a problem.”

She continued: “I think [Her Majesty the Queen] has a blind spot towards him.

“When the Queen very, very sadly is no longer here, I think it will be a very, very different story for Andrew in the more realistic glare of his older brother.”

She point out that Andrew, who appeared to have set up the interview himself, didn’t have any legal advisors with him when he met with the BBC’s Emily Maitlis and the only official with him was Her Majesty’s head of communications – she she says “popped in”, but did not stay to watch the interview.

“But I was introduced to the head of communications at the time. I thought he was a lawyer when he walked into the room because we never met a lawyer and we found that absolutely shocking.

“When he arrived he was head of communications for the Queen. He was extremely polite, he interacted, he surveyed the room and then he left".

She went on: “I have to say though it must have been really important for him to walk away from watching a member of the Royal Family be interviewed by Emily Maitlis, the foremost interrogator in the country at that point, about allegations of sexual impropriety and his relationship with a paedophile.

“I have to say it’s a pretty high bar for what else he had to do, so no disrespect to him, but I think that was a very bad call."

During the interview, Prince Andrew made a number of controversial statements, including the claim that he has a unique medical condition that means he cannot sweat.

He also said that on one specific night when he was alleged to have been with Epstein abuse victim Virginia Giuffre, he had been eating in the Woking branch of Pizza Express.

The Daily Star has reached out to The Queen's representatives for a comment on Ms McAlister's claims, but has yet to receive a reply.