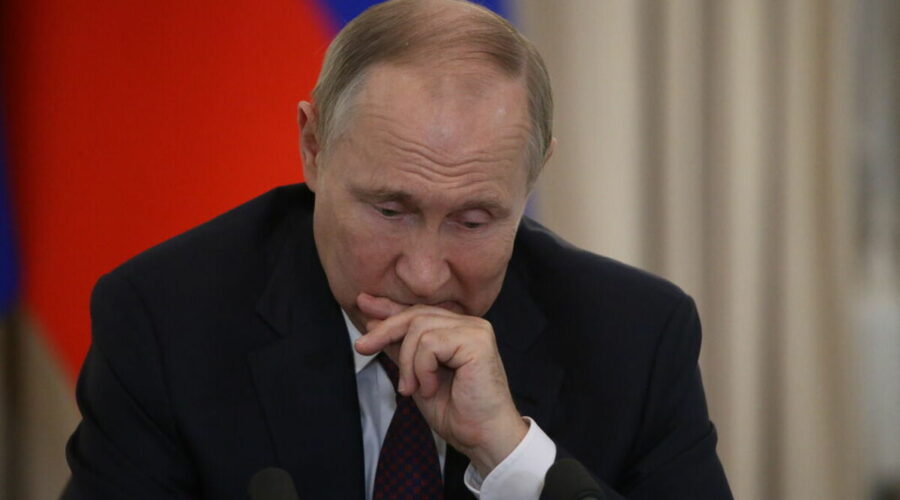 According to the US, Russia took delivery of 1,000 drones from Iran at the end of August. The drones being dispatched in Ukraine, including in Kyiv last week, are known as single-use or kamikaze drones because they are not intended to survive their mission.

Iran has denied exporting any weapons for use in Ukraine, but Volodymyr Zelensky’s government has still ejected Iran’s ambassador from the country.

The drones are particularly devastating due to the psychological impact on residents, spreading fear and disrupting daily activity.

But according to Matthew Schmidt, associate professor of National Security, International Affairs, and Political Science at the University of New Haven, they will not withstand the precision technology being developed for and by Ukraine to shoot them down before they can even strike.

He told Express.co.uk: “The next few months will see something new in warfare: a true drone war.

“It expected to fight a glorious redux of World War Two instead.

“And while these drones are likely to continue to cause civilian casualties, they are unlikely to be game changers for Russia. Kyiv has proven adept at shooting them down and has also announced a purchase of drones designed to counter Russian drones by knocking them out of the sky and jamming their sensors.”

Last week, UK defence minister Baroness Goldie has said she thinks Iran would be “appalled” to see the devastation caused by kamikaze drones in Ukraine that it supplied to Russia.

Answering questions about the situation in Ukraine in the House of Lords, the Tory peer asserted that Iran is a country of “honourable traditions” that takes “pride in its international position”.

She said she thinks Iran might want to think again about providing such weapons to Russia to use in its illegal invasion of its neighbour.

Lady Goldie said: “I have to say that Iran may be a problematic country in many respects, but historically it is actually a country of honourable traditions and I think pride in its international position.

When asked what the UK might do to try and persuade Iran to end its military support for Russia, she told peers that “severe sanctions” are already in place.

She said: “I would remind members that sanctions, and severe sanctions, have been applied both by the UK and by the UN against Iran.

“And we continue to review how it is and how we can persuade Iran to reconsider what it is doing.”

Meanwhile, Iran has also been in the news over ongoing protests in Iran by women and girls, who are risking their lives to fight the harsh regime.

Protests were triggered over attempts to re-impose strict hijab rules, as well as the death of Mahsa Amini, a young woman killed in police custody after being arrested for wearing her hijab incorrectly.