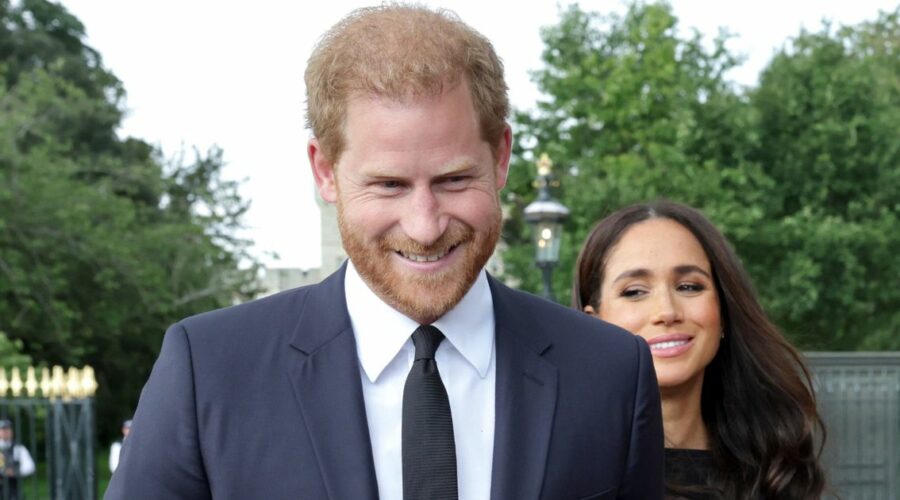 Prince Harry and Meghan Markle have had their post-Royal Family "achievements" blasted by an expert who slammed them for being "fantasy laced".

Critic Angela Levin's critics come as the Duke and Duchess of Sussex are set to receive a charity award for "advancing the global dialogue around mental health".

The pair's charity credentials were criticised by Levin, who denounced them as "fantasy laced with persuasion", warning that the former royal pair should be "careful".

Levin said: "Are they really up there with earlier award winners? Whichever way you look at it, their alleged achievements seem fantasy laced with persuasion and who knows what else, rather than fact.

"Meghan and Harry have found it difficult to get close to A-list celebrities. They haven't received invitations to all the right parties so perhaps the next best thing for them was to get on award lists where A-listers abound.

"Meghan especially is giving the impression they will stop at nothing to get to the top. She should be careful as it could all crumble."

It comes as Daily Star reported Prince Harry was "deeply offended" by a recent role exemption.

Although his status in the Royal Family is no longer active, it appears that the Duke of Sussex has been snubbed for a potential role that would see him stand in for King Charles whenever the former Prince of Wales is unavailable.

A change-up behind the scenes for The Firm means Prince Harry and Prince Andrew will no longer be eligible for the Counsellors of State role.

It is a move that sees King Charles III make good on his long rumoured ambition to "slim down" the monarchy.

The King has brought Princess Anne and the Earl of Wessex into the fold, who will both be eligible to serve as Counsellors of State in case the King is absent.