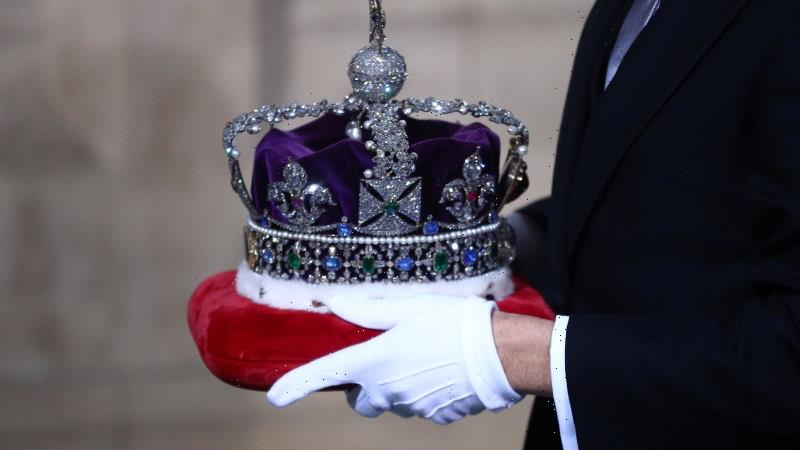 In 1894, with the British Empire arguably at the peak of its power, a young London lawyer wrote a novel called The Prisoner of Zenda which was to prove a great success with its tale of the intrigues of a dashing royal family played out against much pageantry.

Set in a mythical middle-European country called Ruritania it created an idea of distant lands as at once romantic and somewhat ridiculous, inspiring countless imitators in both book and film. To describe something as a Ruritanian fantasy or a Ruritanian folly became a way of the racially superior English rubbishing the trite Continentals; princelings of forgotten, mythical realms without real power or significance, and certainly not to be taken seriously. 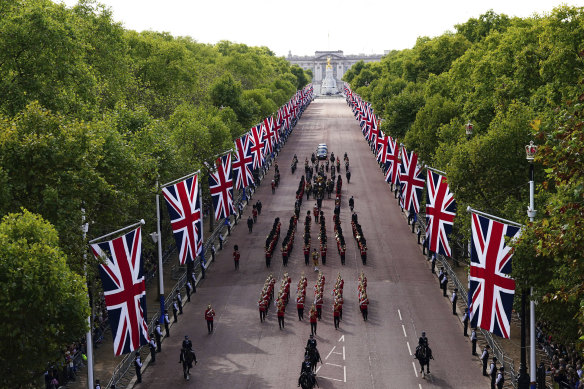 The pageantry around royal events was a creation of former British prime minister Benjamin Disraeli to stave off the monarchy’s growing unpopularity.Credit:AP

The English knew a thing or two about Ruritanian fantasies. British prime minister Benjamin Disraeli reinvented the monarchy in the 1870s after the disastrous Hanoverians and their mad Georges, by embedding Queen Victoria in a welter of public ceremonies and rituals, ever-growing absurdities that did much to consolidate the monarchy’s power as a counter to the growing push for democratic reforms.

This invention of tradition, as the historian Eric Hobsbawm termed it, was immensely successful. Ever since, public pomp and ceremony around royal births, weddings, coronations, jubilees, and deaths, have been central to the ongoing success of English royalty.

In Australia, the coverage of the royals this past week has resembled the official lamentations more commonly associated with the passing of totalitarian leaders, in equal parts insincere and increasingly ludicrous. While the Queen’s death was global news, one wondered several days later why non-stories, from a young Charles confiscating cigarettes to the fate of the Queen’s corgis, continued being run prominently in the Australian media.

Australians also had to endure their national broadcaster, the ABC, making a national embarrassment of itself with its ongoing and inexplicably grovelling coverage extending now into its second week.

If the media were taken in, TV ratings suggest many Australians were not: viewing figures for the ABC’s royal fest were significantly lower than those for Gardening Australia that aired in the same timeslot the previous week but was bumped for coverage from London.

Could the truth be that not many Australians are interested? Is it possible that this is a seminal historical moment but not the one the media or our leaders think it is? After all, the similarly revered Emperor Franz Joseph I of the Austro-Hungarian Empire reigned almost as long as the Queen, some 68 years. Yet within two years of his impressive funeral in 1916 his empire was no more and his monarchy finished. Could it be that with the Queen’s death people sense the monarchy in Australia has gone on far longer than it should have and all that kept it going long past its use-by date was her?

Perhaps the predominant emotion in Australia is not so much grief as confusion as to how to behave: from politicians competing like coked-up thesauruses reaching for a genuine emotion to Prime Minister Anthony Albanese awkwardly admitting that he couldn’t say who was exactly responsible for the “protocols” that had led to the unnecessary cancellation of parliament, a national holiday and a sudden surfeit of black motley.

None of this is to diminish the sadness of another human’s passing but to wonder what all this says about us: our sycophancy, our obsequiousness – and why? When we elevate others without reason we diminish ourselves; when we praise strangers without foundation we demean something fundamental about our own lives. But perhaps that’s the point.

Many years ago I had a half-hour private audience with the Queen after winning the Commonwealth Writers Prize. That afternoon I met a journalist friend in the pub. He was fascinating and extraordinary. The Queen was not. She was a dignified elderly woman determined that at the apex of a hierarchical nonsense the hierarchy would endure.

There is a marvellous short story by Francisco Ayala set in the 16th century about a Mestizo who spends his life petitioning for an audience with the King of Spain so that he might have righted a childhood wrong. His whole life he devotes to scaling the vast edifice of imperial power to finally in his old age secure his audience. When at last admitted into the regal chamber he looks up to the throne to see there a dribbling dwarf.

And he finally understands: at the centre there is nothing. The point of power is maintaining the illusion there is something and his life has been spent in preserving that illusion.

The woman I met in Buckingham Palace that day long ago was something at once more remarkable and far more ordinary: a human being. Like you, like me. No less and no more. At the head of a vast historical system of injustice and inequality there was to be found only a little old lady.

We lie to ourselves when we indulge in a mass hysteria proclaiming that at the centre there is something greater than ourselves. But perhaps a mass hysteria is exactly what is needed to make us continue to believe that eternal lie.

Three years after The Prisoner of Zenda first appeared, in the year of Queen Victoria’s Diamond Jubilee, another young English writer wrote a novel that would prove his most enduring: The War of the Worlds. It was inspired, H. G. Wells wrote, by the extermination of the Tasmanian Aborigines. That extermination was a consequence of the policy of the Crown.

Ruritania, in the end, is just a story. The Queen, like any good novelist, worked hard to ensure a continuing suspension of disbelief to ensure the story went on. But the moment we stop believing, as the Caribbean countries are now showing, Ruritania ceases to exist.

As AFL star Daisy Pearce said, endorsing the scrapping of a minute’s silence for the Queen during the AFL’s Indigenous round, “It all comes down to which version of this nation’s history you give voice to.”

For Britain may be fated to become Ruritania to the 21st century. But we, with our history within us and with our future before us, are not.

Perhaps I am not alone in sensing in the strange mass mourning not belief but its lack, not loyalty but the corrosion of connection, not grief but fear. And beyond the Ruritanian funeral, perhaps what everyone senses is that great change is coming to us, and that reality is coming quickly and in large and unexpected ways.

The Opinion newsletter is a weekly wrap of views that will challenge, champion and inform your own. Sign up here.

16/09/2022 World News Comments Off on Perhaps, behind the crown lies nothing at all
Markets