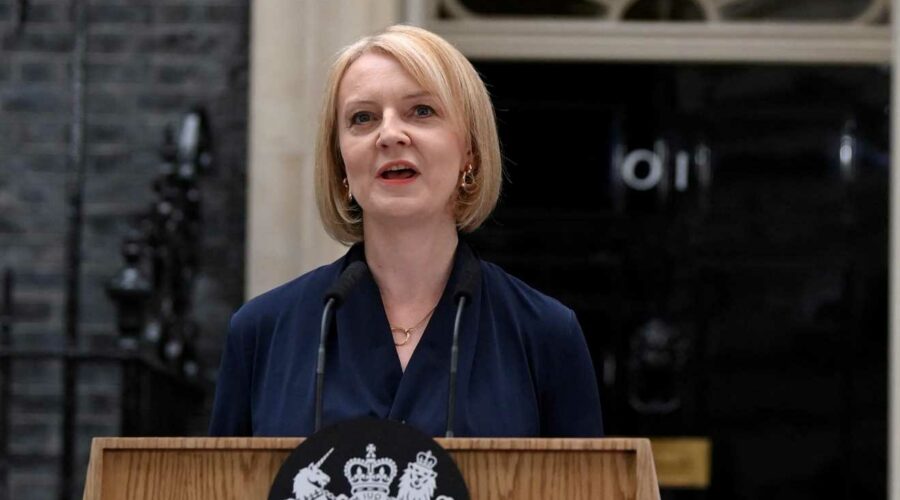 LIZ Truss tonight vowed "together we can ride out the storm" as she outlined three urgent priorities to fix Britain.

In her first speech outside No10, the newly-appointed Prime Minister promised to make Britain an "aspiration nation".

She also vowed to take action THIS WEEK on spiralling energy bills.

Ms Truss said: "I will get Britain working again. I have a bold plan to grow the economy through tax cuts and reform.

"I will cut taxes to reward hard work and boost business led growth and investment.

"I will drive reform in my mission to get the United Kingdom working building and growing."

On the NHS, the PM pledged to make sure Brits can "get doctors appointments and the NHS services they need".

As she addressed the nation, Ms Truss was watched on by her MP supporters, advisers and husband Hugh O'Leary.

Ms Truss has now begun appointing members of her Cabinet.

She was officially appointed Britain's 56th premier by the Queen this afternoon during a ceremony at Balmoral before being whisked back to Westminster.

Ms Truss is understood to be drawing up plans for a freeze in bills which could cost around £100 billion.

The 96-year-old Queen beamed as she greeted the 15th premier of her record reign this afternoon.

The ceremony combined almost a century of precedent with a historic first as Her Majesty anoints her first premier from Balmoral.

Earlier outgoing Prime Minister BoJo branded himself a "booster rocket that has fulfilled its function" in his final speech as PM.

And his doting wife Carrie Johnson, 34, held hands with him as he stepped out of No10 to address the nation.