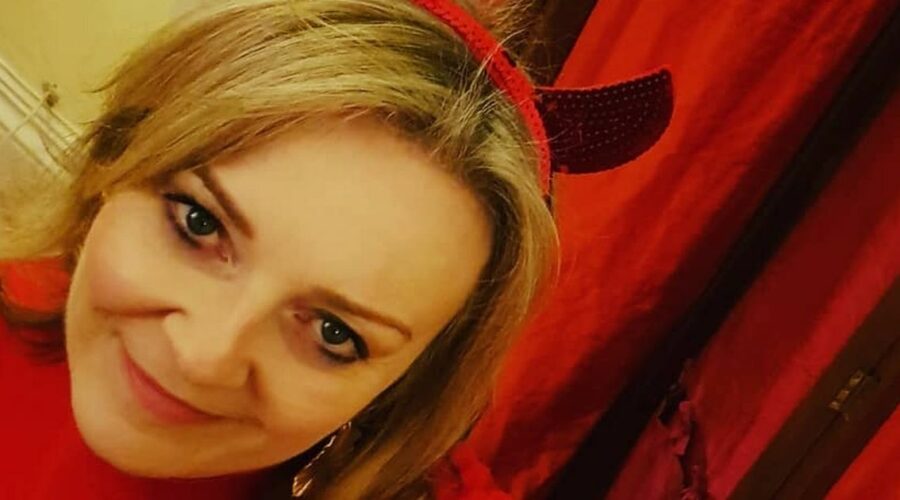 She may have just made her first speech as Prime Minister at a damp and dreary Downing Street, but it is Liz Truss's saucy Instagram posts capturing the attention of some people online.

"Liz Truss Instagram is something else [sic]", wrote one Twitter user, referring to the new UK premier's "lively" profile.

And one photo stands out above all else, with Truss, mother of two teenage daughters, gazing seductively at her phone camera from a low angle – dressed as the devil.

"The greatest trick the devil ever pulled was convincing the world he didn't exist… #devilyouknow #theusualsuspect #happyhalloween," she wrote on Halloween in 2019.

Just over a month before, Truss was appointed Minister for Women and Equalities. She had been Chief Secretary to the Treasury from June 2017 until July 2019.

And despite her very serious positions in government, social media-savvy Truss enjoys letting her hair down – to the joy of her Instagram followers.

"The eyes have It! The eyes!" wrote one gentleman, as another besotted chap offered: "You little devil" followed by a winking emoji.

And among the hordes of male comments and devil puns was a third bloke's offering of: "Looking deverlish Elizabeth [sic]" again with a winking emoji.

Comments on the post were limited, meaning that Truss – or someone in control of her profile – used settings to vet who could comment, meaning the adoration from followers was approved.

The photo has begun recirculating as the 47-year-old has succeeded Boris Johnson in taking the reigns in 10 Downing Street.

An eyebrow-raising tweet from a 11 years ago has also resurfaced.

To stay up to date with all the latest news, make sure you sign up to one of our newslettershere

In late 2011, Truss mourned the death of notorious paedophile Jimmy Savile – whom she said was "always in good spirits."

On October 29 in 2011, the day he died, Truss tweeted: "Used to see Jimmy Savile at the Flying Pizza on Street Lane, Roundhay. Always in good spirits. RIP."

Savile, who was knighted by the Queen for his charity work, used his status to evade justice for his serial sex abuse for decades, before dying with no charges to his name.

Retweeting the decade-old tweet, Twitter talking head James Felton wrote: "This excellent judge of character is about to pick the cabinet."

In a second tweet, he added: "If I was prime minister I would think about deleting my 'I’m sad the notorious paedophile has died' tweet."

Sky reported today that Truss became so "obsessed" with Instagram that her aides at the Department for International Trade reportedly joked they worked for the 'Department for Instagramming Truss'.