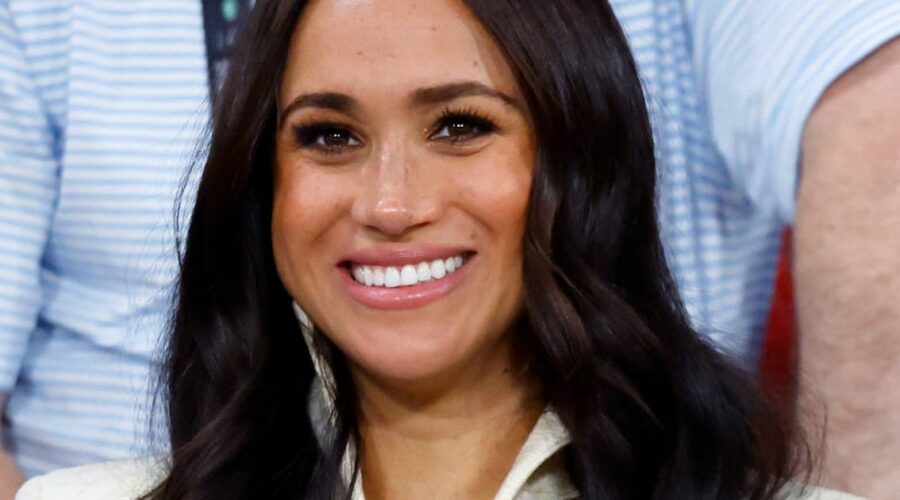 A royal expert has suggested Meghan Markle might really have one eye on the White House.

Meghan Markle has been rumoured to have had her sights set on the White House for some time, with talk of her ambition to become America’s first woman president dating back to a “secret” meeting with Hillary Clinton at Frogmore Cottage in 2019.

And now, again, the Duchess of Sussex’s political ambitions are in the spotlight, with royal expert Russell Myers saying that Meghan is making “all the right noises” to get into politics.

Speaking on ITV’s Lorraine programme, Russell said: “ Prince Harry and Megan have moved over to the United States.

“And certainly, Megan was speaking to Vogue at the weekend, talking about Roe versus Wade, a very, very controversial abortion law that has been repealed in the US.”

As part of her discussion with Gloria Steinem in this month’s Vogue magazine, Meghan promised to take a trip to Washington DC with the legendary women’s rights campaigner to advocate for the Equal Rights Amendment.

“Being home, seeing what’s happening in our country and feeling energised and motivated, if this is the type of legislation that we need pushed through, then this is a moment that I am absolutely going to show up for,” Meghan said. “Not just because it’s what we need as women, but it’s what we need as people”.

Russell, , Royal Editor of the Daily Mirror, thinks that the Duchess’s increasingly political rhetoric is further proof that she has “political ambitions” and that she was on the right course to realise them: “She’s certainly rubbing shoulders with the right people and making the right noises,” he said.

An anonymous royal source, speaking to the Daily Mail, said that the Royal Family was just a “stepping stone” to the greatest prize of all – the presidency.

“I am now convinced there is something bigger going on here,” they said, “an eventual plan that involves running for office in America.

“[Meghan is] obsessed with US politics. I think we’re now just a stepping stone to something she considers far more important and attractive”.

Royal commentator Richard Eden claims that “a very good source” had told him that Meghan’s ultimate goal was the White House. He said that the Duchess renouncing her title in order to become her home country’s president “seems to be increasingly likely and,” he added, “what a fascinating prospect it would be."

01/07/2022 World News Comments Off on Meghan ‘making all the right noises’ to launch US president bid, says expert
Markets