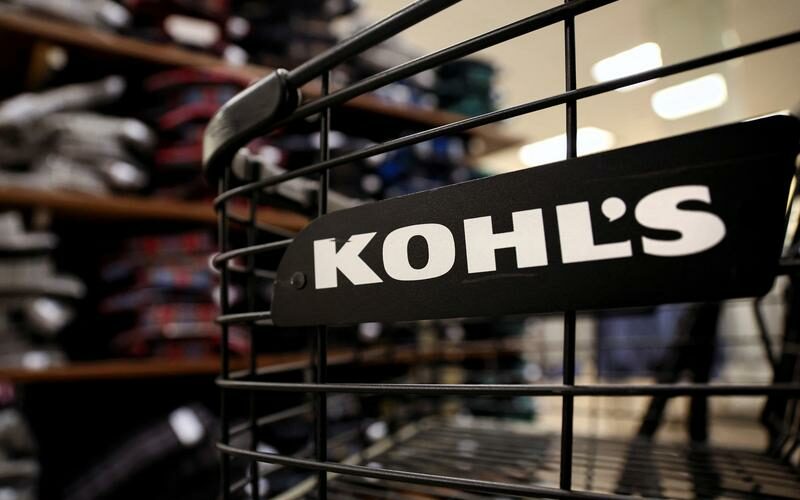 FILE PHOTO: The Kohl’s label is seen on a shopping cart in a Kohl’s department store in the Brooklyn borough of New York, U.S., January 25, 2022. REUTERS/Brendan McDermid/File Photo

Shares of Kohl’s fell nearly 15% in premarket trading on Friday on the report, which did not give a reason for the termination of the talks. (cnb.cx/3AesY88)

Facing pressure from activist investors who wanted the company to sell itself, Kohl’s began getting bids in January at around $65 a share but rejected them for undervaluing the company.

However, market conditions have worsened dramatically since then amid fears of rising interest rates, runaway inflation and the crisis in Ukraine, prompting bidders to either drop out of the takeover race or cut their offer price.

Franchise in June offered to pay about $60 a share, valuing Kohl’s at nearly $8 billion.

Kohl’s and Franchise did not respond to requests for comment on the CNBC report.

A number of major corporate deals have been shelved this year as a downturn in equity markets pummels company valuations, while a spike in interest rates makes deal financing costlier and harder to access.

Earlier this week, Walgreens Boots Alliance scrapped the plan to sell its UK high street pharmacy chain, Boots, saying no third party was able to make an adequate offer due to the turmoil in global financial markets.

Kohl’s in May joined a host of other retailers in cutting its full-year profit forecast, with Chief Executive Michelle Gass saying demand at the company’s department stores had “considerably weakened” due to inflation.

The company’s shares have fallen nearly 28% so far this year.