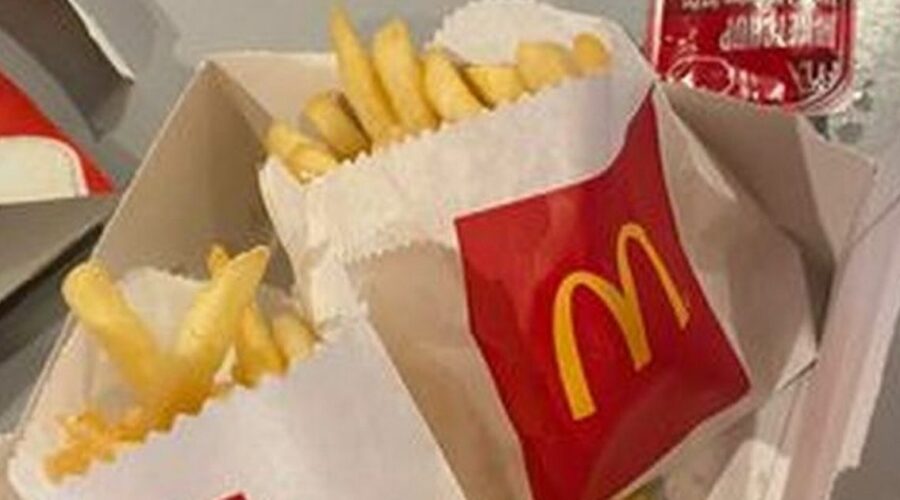 McDonald's was forced to apologise after an employee told a mum that a mixed up meal was "not my problem".

The Edinburgh mum has hit out at the restaurant after her family meal arrived with just two small portions of chips.

In an attempt to cheer up her diabetic daughter, who had been struggling to eat and feeling down because of her health, the mum thought she'd surprise her with a rare McDonald's for a treat on Tuesday, October 11, from the Cameron Toll restaurant.

The mum told how she had prepared her seven-year-old daughter by administering her insulin, but was left gutted when the delivery arrived with most of the order missing.

Her daughter was gutted and when the local mum called to complain, she was astonished to be told "it's not our problem".

Speaking to Edinburgh Live the mum said her daughter is type 1 diabetic.

"We offered her a McDonald's and she was delighted as she loves the chicken nuggets it was so lovely to see her get excited about eating as she hasn’t had much over the past few days," she said.

"I went through JustEat and ordered from the Cameron toll branch we waited about 30 minutes for the order which was great for our excited little girl and lo and behold when the meal arrived, there was no chicken nuggets in her box – only two small fries, right away she was devastated."

The mum said: "My whole stomach sunk I felt so bad for her but the thing that got me the most was I had already administered her insulin for her time she was eating, and to cover her meal she had to have the right amount of insulin which this has now thrown completely off.

"As I don’t drive I phoned the restaurant to be told by the on duty manager that she doesn’t know what to tell me she can only apologise and it’s not their problem that they didn’t know my daughter was a type 1 diabetic who has to have insulin.

"I am completely and utterly sickened by this whole ordeal and response, no remorse or responsibility taken at all."

The mum phoned up the store to complain but was not impressed with the response.

McDonald's says it is investigating the incident.

A McDonald's spokeswoman said: “We are very sorry to hear about this customer’s experience.

"We take order accuracy very seriously and have a number of procedures in place to avoid inaccurate orders.

"We are disappointed that we fell short of these on this occasion.

"We can confirm the customer has been refunded by Just Eat."